Home » News » ATP » Djokovic on Adria Tour: “Am I going to be forever blamed for a mistake?”

Djokovic on Adria Tour: “Am I going to be forever blamed for a mistake?”

World No 1 Novak Djokovic admitted Thursday that mistakes were made during the Adria Tour, but reiterated that those blaming him for everything were conducting a “witch hunt”. 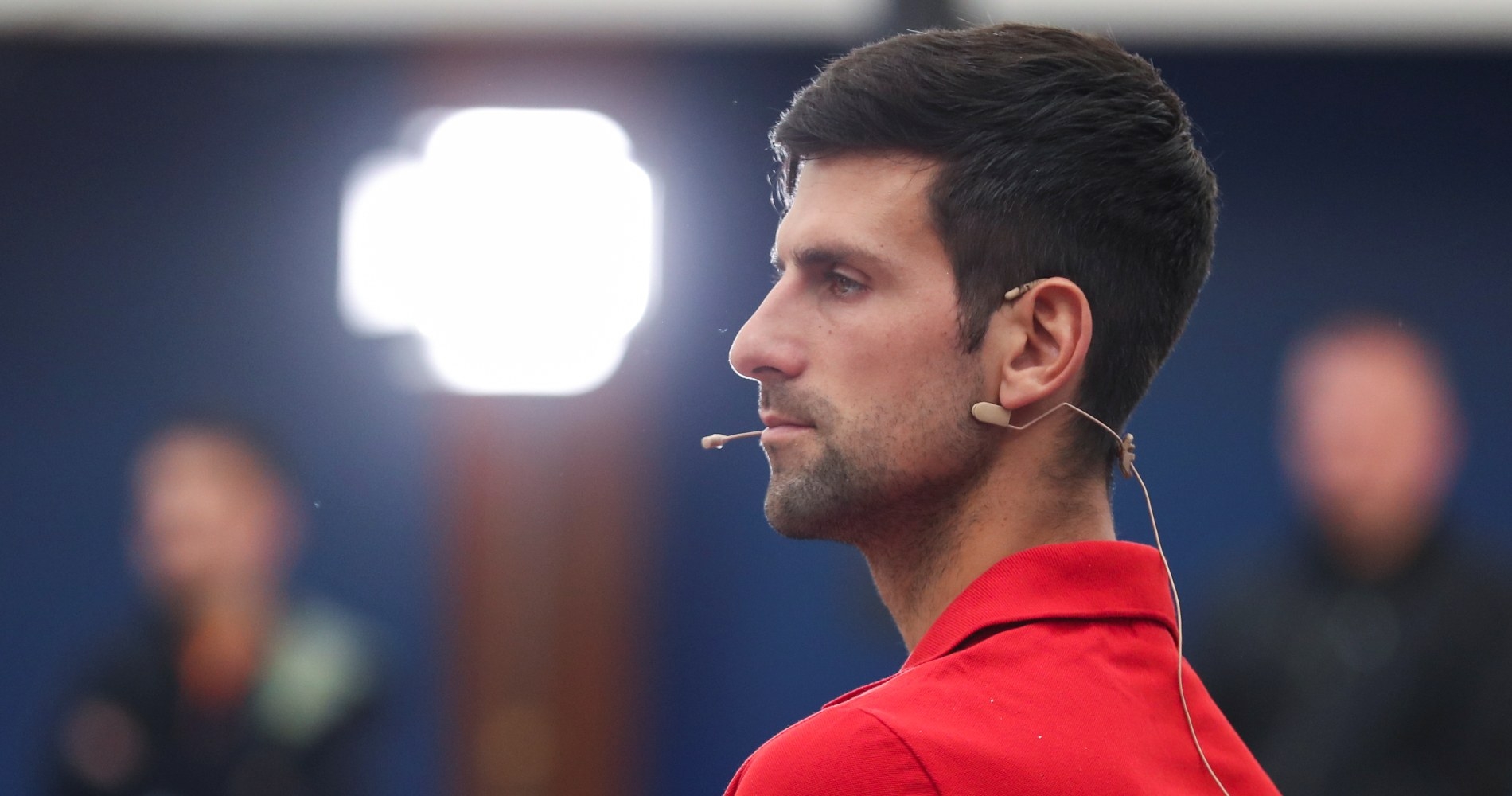 The Adria Tour, which was organised by Djokovic in June and July, was cancelled after two legs when first Grigor Dimitrov, then a number of other players including Djokovic himself, tested positive for Covid-19.

At a time when countries around Europe and the rest of the world were in lockdown, Serbia and Croatia allowed fans into the stadium, with very little social distancing. Masks were not worn by many while the players were filmed at a tournament party, dancing and mingling in close proximity.

Players and pundits were critical of Djokovic, in particular, and though the Serbian told the New York Times on Thursday that mistakes were made, he also defended his role and hit out at those who say he is to blame for everything.

Zoomed with No. 1 Novak Djokovic this week for his first interview since the Adria Tour. After all the negotiations & hesitations, he has made it to New York with mixed emotions but ready to rumble. Our exclusivehttps://t.co/nIUzBnZaxI

“I don’t think I’ve done anything bad to be honest,” he said. “I do feel sorry for people that were infected,” he told the New York Times. “Do I feel guilty for anybody that was infected from that point onward in Serbia, Croatia and the region? Of course not. It’s like a witch hunt, to be honest. How can you blame one individual for everything?”

Djokovic and his wife Jelena, who also contracted the virus, went into self-isolation afterwards and Djokovic will be back in action this week in the Western and Southern Open, the event usually held in Cincinnati, but this year to be staged at the US Open venue, to enable the players to stay in a bubble through to the end of the US Open.

“I agree things could have been done differently with the nightclub”

The 17-times Grand Slam champion admitted mistakes were made in the Adria Tour.

“We tried to do something with the right intentions,” Djokovic said. “Yes, there were some steps that could have been done differently, of course, but am I going to be then forever blamed for doing a mistake? I mean, OK, if this is the way, fine, I’ll accept it, because that’s the only thing I can do. Whether it’s fair or not, you tell me, but I know that the intentions were right and correct, and if I had the chance to do the Adria Tour again, I would do it again.”

“I agree things could have been done differently with the nightclub,” Djokovic said. “The sponsors organized. They invited players. We felt comfortable. We had a successful event. Everybody was really happy and joyful.”

At the time, though masks were recommended, Covid-19 numbers were relatively low and Djokovic said they had followed all the rules. However, on reflection, the view from around the world, which was one of shock, was understandable, he said.

“When someone from Australia or America looks at what was happening in Serbia, they’re like, ‘Oh my God, I mean are you crazy? What are these people doing?’” he said. “So I really understand.”