Djokovic powers past Nadal to send Serbia into the decisive rubber

Djokovic made it again against Nadal (6-2, 7-6) before the decisive double between Serbia and Spain (1-1). 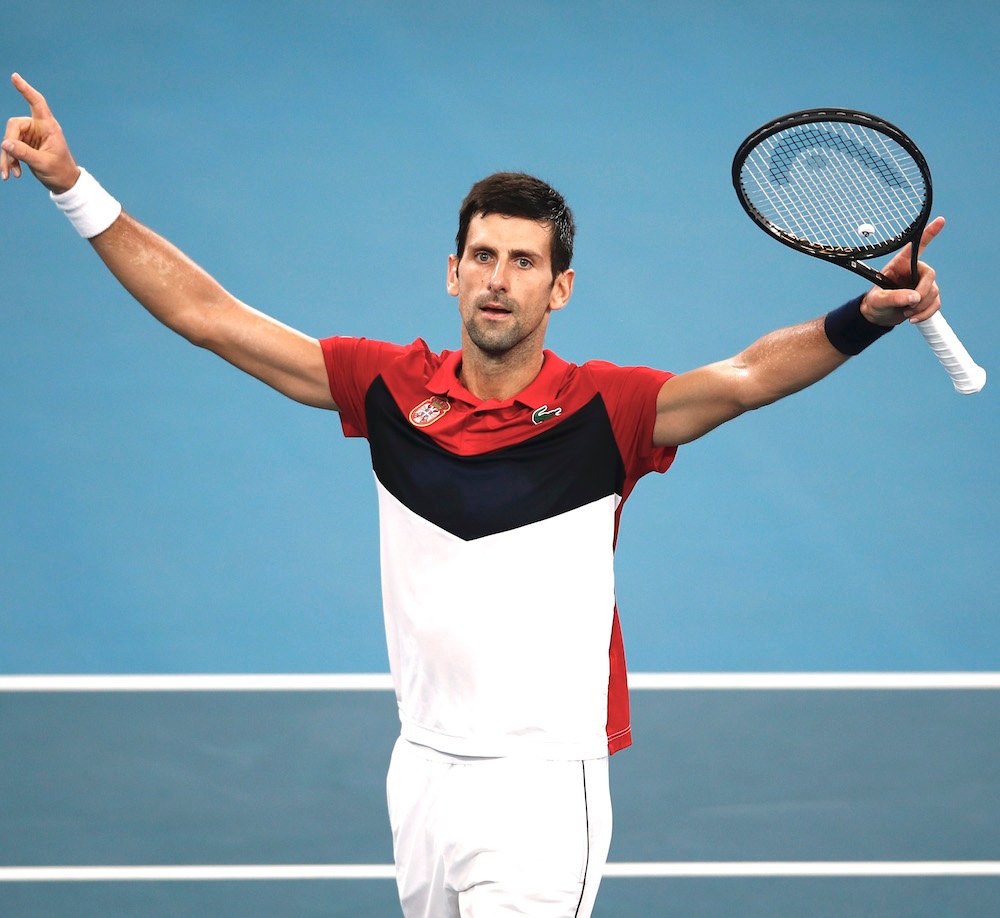 Rafael Nadal may be the official world No. 1, but since the 2013 US Open, there’s little doubt who the real No. 1 on hardcourt is.

Keeping up with his hard-fought win against Medvedev in the semifinals, Novak Djokovic notched another impressive win against the Spaniard, 6-2, 7-6(4) in the ATP Cup final, sunday night in Sydney. Serbia are now level with Spain after Bautista Agut’s opening win against Lajovic and the winner of the inaugural ATP Cup will be decided in the decisive doubles. Djokovic will play it, but Rafa will not.

The moment @DjokerNole defeated Rafael Nadal to send Spain and Serbia to a deciding doubles rubber in Sydney. #ATPCup pic.twitter.com/jAWNS4ieAN

Novak Djokovic, the world No. 2, has now won as many consecutive sets against Nadal on hardcourt as the Spaniard has Grand Slam titles: 19.

Djokovic was back to his destructive self in the first set of their ATP Cup meeting — their first match against each other representing their countries since the 2009 Davis Cup. The Serb broke serve in the very first game and repeated the feat at 4-2 to race through to a 6-2, 39-minute first set.

In pure Rafa fashion, Nadal didn’t give up, tried to problem-solve by mixing up his game with a few backhand slices and created five break point opportunities at 3-2 in the second set. But Djokovic was supreme in saving them all.

At 5-5, the match reached its climax when Nadal saved two break points of his own with a jaw-dropping volley followed by a backhand down the line ripper. Nadal held through his serve for 6-5, and so did Djokovic to send the second set to a tiebreak.

Despite double-faulting at 1-1, Djokovic proved the strongest and reeled off the last three points of the tiebreaker, 7-4, finishing off with a Nadal error in the net… to the delight of the massive Serbian crowd in Sydney.

Was this a tease for the next Australian Open final? Time will tell, but for now, the only thing that matters is who of Djokovic and Nadal gets to add the inaugural ATP Cup title to their stellar resumés.