Tennis Majors > ATP > Evans has a message for Musetti: mind your manners

Evans has a message for Musetti: mind your manners

Dan Evans called out Lorenzo Musetti for remarks the Italian made after his dramatic victory over the Brit at last weeks Sardegna Open. 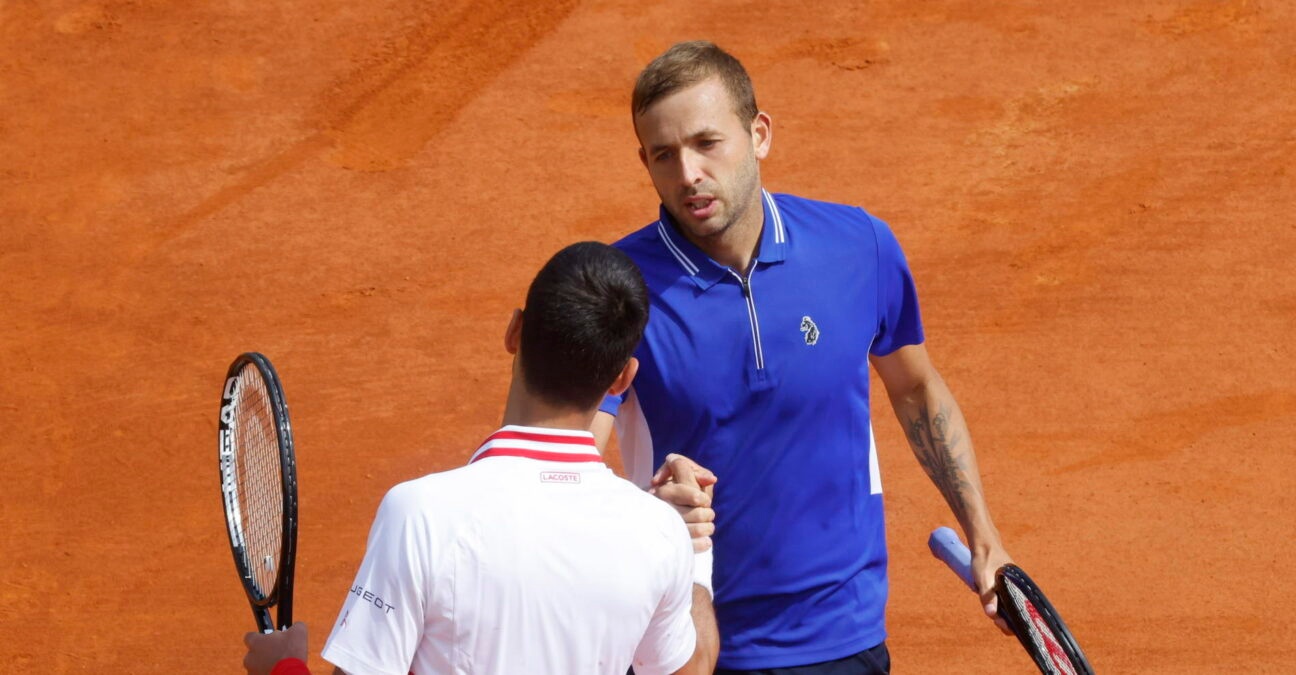 After his epic 6-4, 7-5 victory over Novak Djokovic on Thursday at the Monte-Carlo Rolex Masters, British No 1 Dan Evans picked another opponent in his post-match press conference: Italy’s rising teenager Lorenzo Musetti, the man who saved four match points to knock off Evans in a dramatic three-set thriller in Sardegna last week.

Asked by a reporter how it was possible that he could lose to Musetti in one week and then take out the world-beating Djokovic in the next, Evans made a point of calling out the 19-year-old for what he perceived as a lack of respect.

Last week, Musetti told reporters that he felt it was Evans who lacked respect.

“There are respectful experienced players on the court,” Musetti told Italian reporters after his win. “Others like Evans, they try to use my youth to (win) matches,” said Musetti in his post-match press conference. “But it’s all experience for me. Evans disrespected me. I don’t want to be treated like a young man.”

He’s good, but has no manners

Evans, who caught wind of the comments in the Italian press, called out the teenager and sent a verbal volley his way on Thursday.

“How he spoke last week was embarrassing,” he said. “Let’s not talk about Musetti in my press conference. Last week he said some things in the Italian press about me that was disrespectful. Musetti, if he apologizes, I will answer. He’s a good tennis player, but he’s got no manners.”

But Evans made no bones about the fact that Musetti beat him fair and square last week, and praised Musetti for his tennis – just not his manners.

“He played very well last week,” Evans said. “I wasn’t good enough. I didn’t take the match points. Yeah, it’s just tennis. Yeah, he could do with learning some manners.”

Slicing his way into the quarters

Evans will turn his focus to David Goffin on Friday in Monte-Carlo. The 30-year-old world No 33 will have to back up the biggest victory of his career by facing a very in-form Belgian. The former Monte-Carlo semi-finalist toppled Alexander Zverev on Thursday in straight sets to improve to 13-7 lifetime at the event.

Evans knows the spotlight will be on him after such a big win, and he’s not totally thrilled about it.

“It’s difficult,” he said. “Obviously a bit more attention. Yeah, not so fond of that. Just hopefully focus on tomorrow. Yeah, obviously I’m happy. I’m still in the tournament. After the tournament, I’ll look back at what a good day it was. Yeah, it was obviously an amazing feeling to win and to come through.”

Evans and Goffin have met once, with the Brit winning in straight sets at last year’s ATP Cup.