Home » News » ATP » Fognini and Khachanov fall in Auckland, Auger-Aliassime through in Adelaide

Fognini and Khachanov fall in Auckland, Auger-Aliassime through in Adelaide

It was a bad day for the top seeds in Auckland but leading players Felix Auger-Aliassime and Andrey Rublev progressed in Adelaide. 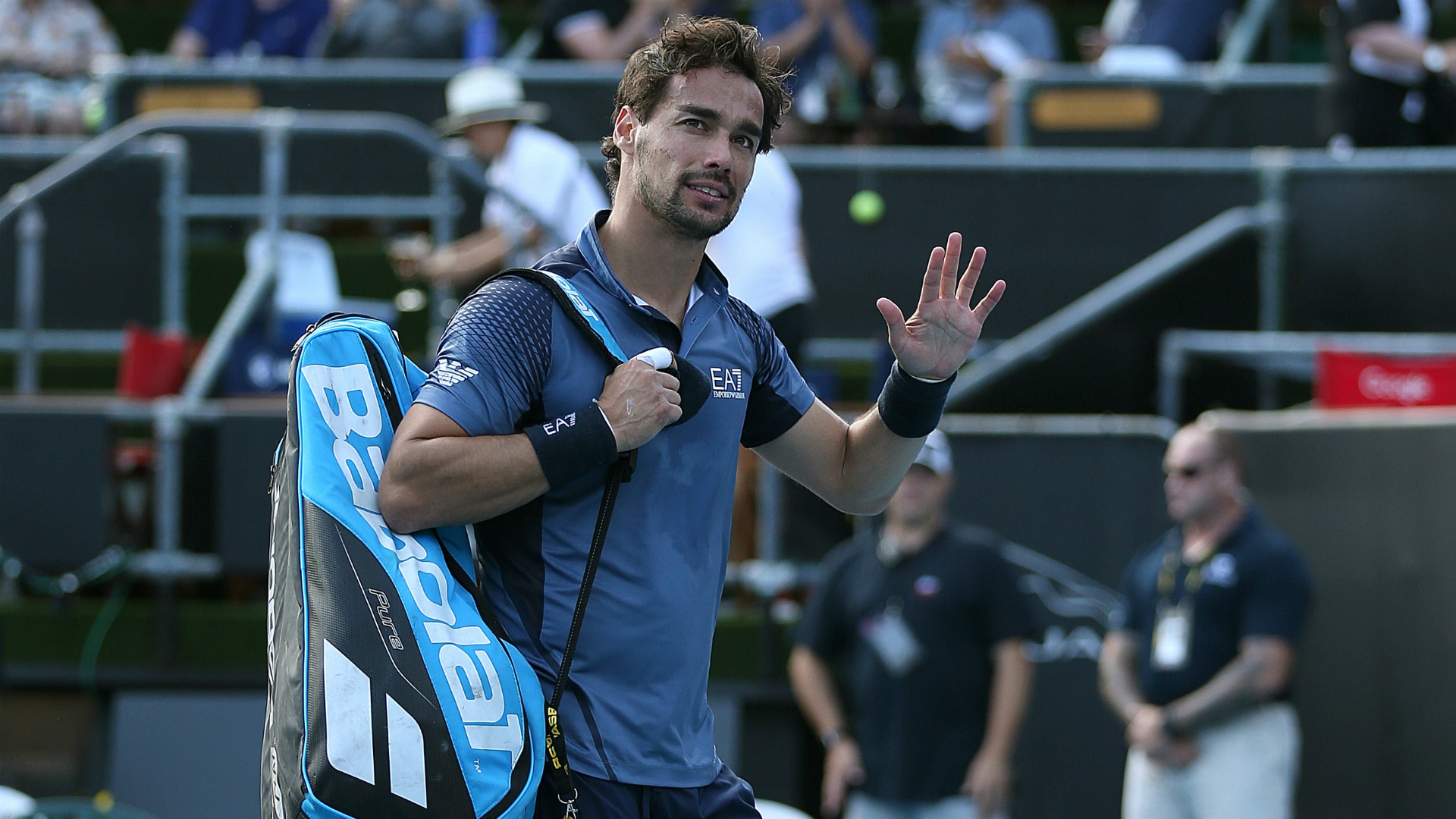 Fabio Fognini and Karen Khachanov, the first and third seeds, crashed out of the Auckland Open in their opening matches on Wednesday.

World number 12 Fognini was facing Feliciano Lopez, the oldest player in the draw at 38 who had already won a match earlier in the day as the tournament schedule caught up following weather delays.

Lopez beat Pablo Andujar in three close sets before coming from behind to prevail against Italian Fognini, winning 3-6 6-4 6-3 in just under two hours.

“The first match was tough for me, but I think it was very helpful because it was my first singles match of the season,” said Lopez after his day of double duty.

“Without that match, I don’t think I would have played the way I did against Fabio.”

Australian John Millman recovered from a set down to oust Russian Khachanov 4-6 6-3 6-3.

The Aussie defeats No. 3 seed Khachanov 4-6 6-3 6-3 to reach the quarter-finals at the @ASB_Classic. pic.twitter.com/eLLnfP8H6A

Denis Shapovalov is the highest seed left in the draw, having defeated fellow Canadian Vasek Pospisil 6-4 7-6 (7-2).

Seeds Benoit Paire and Hubert Hurkacz made it to the quarter-finals, as did Kyle Edmund and Ugo Humbert, who will now play Shapovalov.

At the Adelaide International, Felix Auger-Aliassime won his first match against wildcard James Duckworth, a 6-3 7-6 (7-0) win sending the second seed into the last eight.

Auger-Aliassime said: “Now I’m at a point where I was top 20 in the world. I reached three finals. Now every tournament I play, I play to win. I come, I want to reach the final. I want to give myself a chance to win titles.”

There was a shock, though, as seventh seed Jan-Lennard Struff was beaten 6-3 6-4 by wildcard Alex Bolt.

Albert Ramos-Vinolas joined Bolt in the quarter-finals, as did qualifiers Lloyd Harris and Tommy Paul.