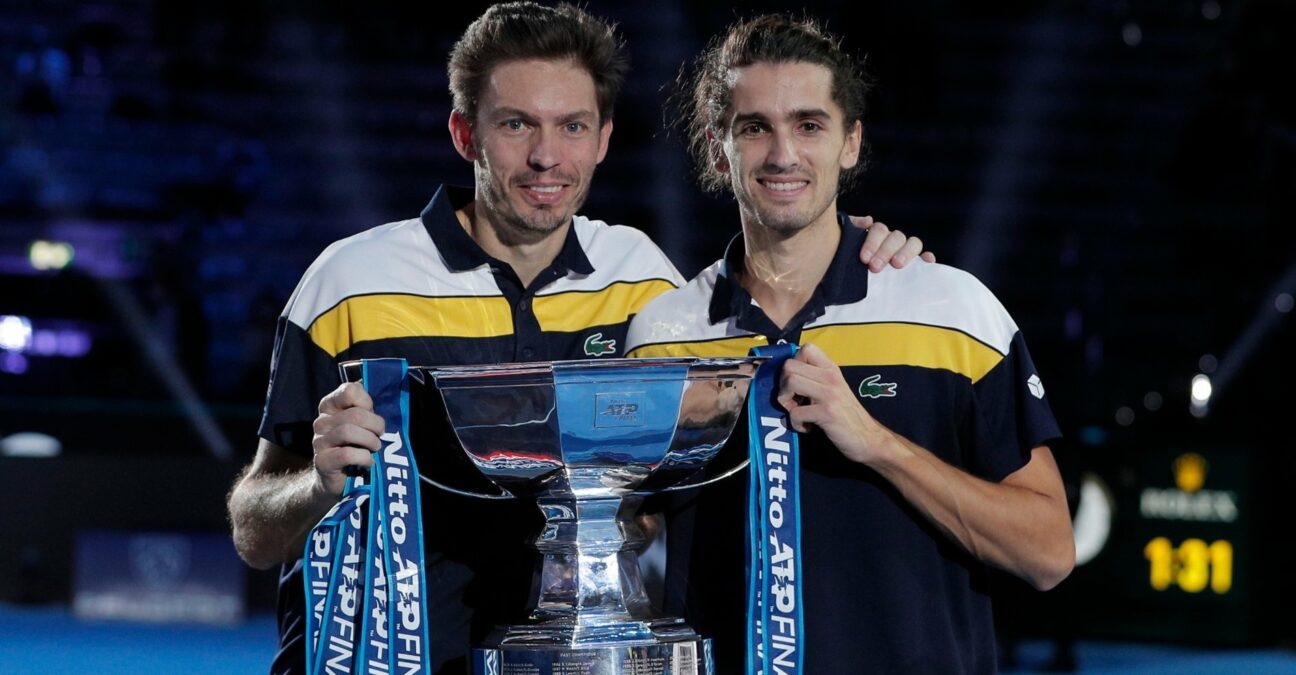 Frenchmen Nicolas Mahut and Pierre-Hugues Herbert won the ATP Finals for the second time in their careers as they beat US Open champions Joe Salisbury and Rajeev Ram 6-4, 7-6 (0) in the final in Turin on Sunday.

The Roland-Garros champions snatched the first set and then played a flawless tiebreak to win the second and complete a superb year which saw them win their 20th title together.

Britain’s Salisbury and American Ram had beaten Mahut and Herbert in the round-robin stage, but the French pair played brilliantly throughout.

Mahut played beautifully throughout and his blistering return on the first point of the tiebreak set the tone and the pair ran through it to win the title for a second time.

At the age of 39, he shows no signs of slowing down and Herbert paid tribute to his partner. “He’s Benjamin Button, he’s going the other way,” he said. “He’s getting better and better. To share the court with him is a privilege.”

And Mahut said he hoped to be around for a while yet. “I hope we’re going to enjoy a few more years together,” he said.