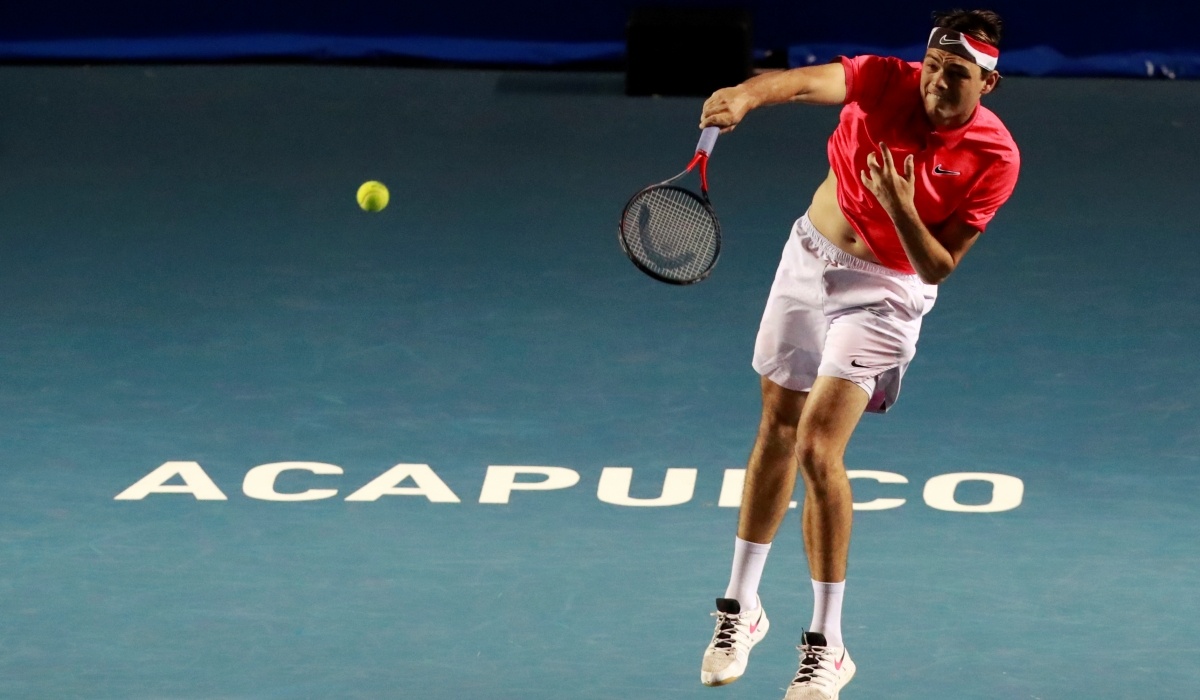 Taylor Fritz of the U.S.

Woody Allen once said that in sports, you’re never ahead of the dramatist. Did a seemingly flat and uninspired Taylor Fritz have this quote in mind when serving down 6-2, 4-2, 0-40 to John Isner — and more importantly, did he picture himself a winner (2-6, 7-5, 6-3) roughly an hour later?

On the edge of the cliff, the 22-year-old American fended off all three break points (that resembled match points) with some big under-pressure serving, then held. That’s when things began to unravel for Isner, who got broken right next to get back on serve, 4-4.

After going through the motions during the next three games, Fritz created a set opportunity for himself at 6-5, 30-40 on Isner’s serve. Then, a bird (yes, you read right) interrupted the play for at least two minutes (still reading right)…

Hey buddy, you know the rules…

…before Isner failed to save the set point with a poor serve-and-volley attempt. One set apiece it was: 2-6, 7-5.

In the third set, Fritz kept building on his momentum and broke Isner again to take a 3-0 lead.

Didn't watch, so looking at stats, and I did not expect to ever see a match where Taylor Fritz broke John Isner 3 times in 4 service games

The one-break advantage would prove enough for him to serve out the decider 6-3 and book his place in the Acapulco final (and the top 25 next Monday).

For his second consecutive final on Mexican territory after Los Cabos last year (l. to Schwartzman), Fritz will take on the winner of Rafael Nadal v. Grigor Dimitrov, which will be played later in Acapulco.

As for Isner, he will have to wait to make an ATP tour-level final for the 11th year running.