How to try hard to stay on track

Gael Monfils showed in Montpellier that he was still committed in 2020 to get the last steps he’s been chasing all his career. 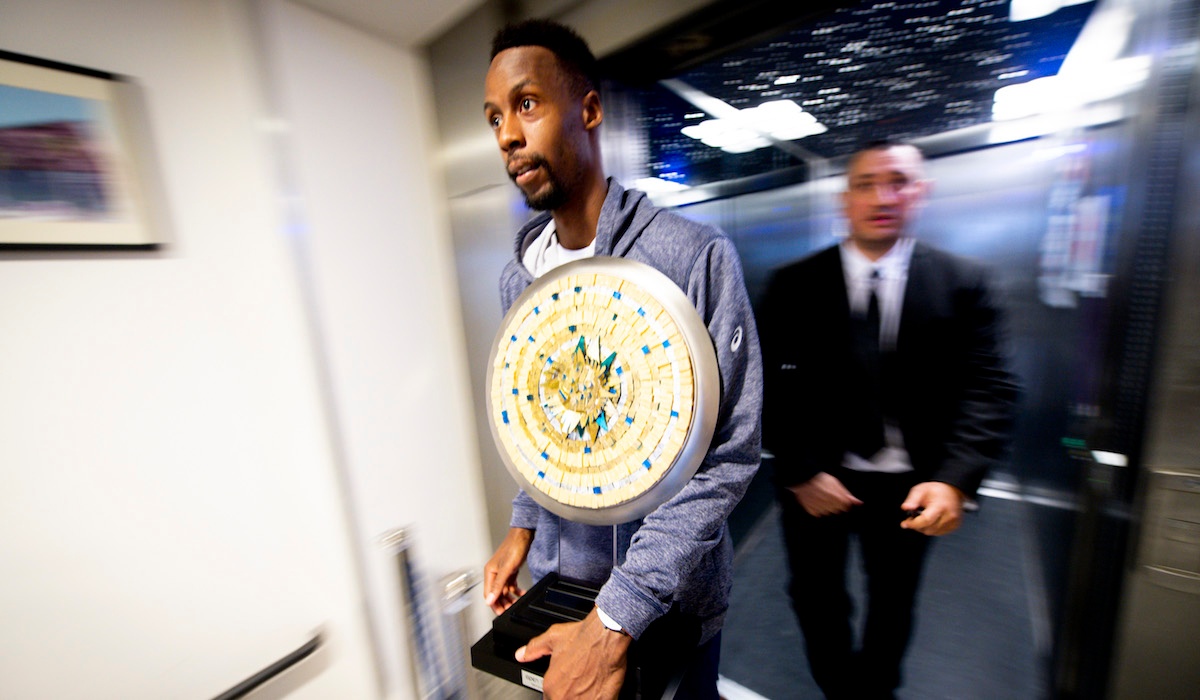 Many people come and watch Gael Monfils for the show he can put on a court. But in Montpellier, the only show he displayed was the one that matters the most in tennis: he won.

Game face on as soon as he walks on the stage, focused from the first point to the last one, the French kept the path taken in 2019 to climb his way back to the top after a rough 2018 season. Is it his coach Liam Smith influence? Is it the fact that at 33 years old, he might feel that he’s now closer to the end than from the start? Is it the influence of his girlfriend Elina Svitolina? Is it all of the above?

Only Monfils knows but once thing is for sure: since a year and a half now, he’s been committed to do everything right in order to reach his Grail. Everybody on Tour knows what it is: a Grand Slam title.

But despite those losses, he keeps working to put himself on that road again. And so maybe it all started again in Montpellier when he made a last-minute decision to accept the invitation of the tournament director, Sébastien Grosjean. He didn’t come to do anything else than winning a third title here (after 2010 and 2014) and that’s exactly what he did, in style.

Powerful, efficient on the big points, careful on his chances, so focused on each shot. He wasn’t elated after the victory, he mostly showed a “job done, next” attitude:

“It was nice to get some matches and I’m even happier that I’ve won the tournament. I played a solid match in the final. But I can play better.”

He is definitely still on the chase when the other great French players of his generation – Tsonga, Gasquet, Simon – more look like searching to gather their last drops of strength before turning the last page of their career book. Monfils, on the other side, is still going strong, still showing a fire burning inside of him, still engaging the fight against the best players in the world,  and still enjoying a good health all in all.

Sure he could have done without some niggles here and there, like the Achille’s one that ruined his Indian Wells last year right when he looked strong enough to win it all. But overall when you see him run around the court again in Montpellier, so quick and so powerful, you never thought a single second of a player in the last stretch of his career. Whenever he’s healthy and committed, Monfils is a contender for everything: it’s not new. What is, is the impression he gives to now be on a mission.

A SLAM AND THE TOP 5

Time flies, he doesn’t know when it’ll catch up with him, and so he is now giving one huge push to make his tennis dreams come true.

The Big 3, the NextGen, Thiem and the likes: Monfils has stopped caring about the obstacles to just stay focused on the finish line. His finish line, the one where at the end he lifts a Major trophy. For this, he needs a good draw, so it means he needs a great ranking and what’s better than staying in that Top 10? And so he needs to nail every opportunity that comes across his way.

It was the 250 points of Montpellier on Sunday. It’ll be the 500 of Rotterdam next week, which he won last year. The points, the confidence, the match play: Monfils is already checking as many boxes as he can in 2020. Taking everything he does on court very seriously. Weighing all his options. Gathering every battle plan.

Roland-Garros is still far away, but Indian Wells and Miami are closer. And they would be great launching pads for the clay and the Big One. In Montpellier, we saw Monfils at his best and here lies the only question: how long can he be the very best version of himself? Too often derailed by injuries and lost tracks, Monfils looks like he’s now holding much of the pieces of his puzzle, and once again he has us all ready to believe that this year could be The Year. Imagine, if it had all started in Montpellier, when he just did what he was supposed to do: win.