Krajinovic upsets Tsitsipas in Hamburg: “I don’t think he was acting well today on the court”

Serbia’s Filip Krajinovic earned one of the biggest wins of his career, taking down Stefanos Tsitsipas in three sets to reach his first semi-final of 2021. Afterwards he admitted that he found the Greek’s behavior during the match “weird”. 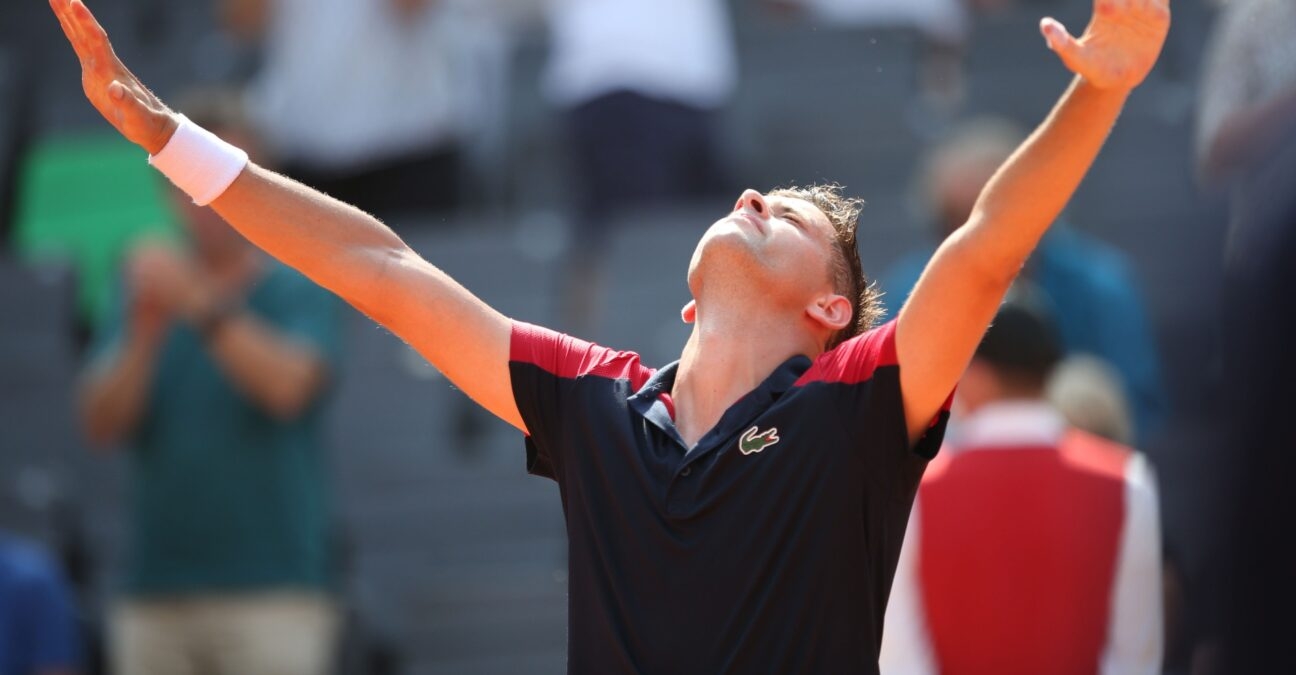 Filip Krajinovic at Hamburg in 2021

Filip Krajinovic knocked off top-seeded Stefanos Tsitsipas in Hamburg on Friday, booking a semi-final spot with a 3-6, 6-1, 6-3 triumph, thanks to a confident display of clay-court tennis that featured over 20 backhand winners.

Krajinovic’s victory, his second completed triumph over a top-5 opponent (and third overall), sets up a semi-final clash with compatriot Laslo Djere in Hamburg.

The world No 44 improved to 8-6 on clay in 2021, and 11-10 overall. He lost the first five games of the match but gradually worked himself back into the contest before taking over in the second and third.

“I think played really well today,” he added. “I didn’t start the way I wanted to start, he started very aggressive and first five games I didn’t know what to do but after that I found my game, I was aggressive and I think I played really smart today, so that gives me a lot of confidence – beating Top-5 in the world means a lot to me.”

Krajinovic on Tsitsipas: “I don’t think he was acting well today on the court”

The match picked up in intensity as it progressed, and Krajinovic was frustrated by what he perceived as a lack of etiquette from Tsitsipas. The Greek took a prolonged toilet break after the second set and while Tsitsipas was off the court Krajinovic complained to umpire Carlos Bernardes, who promptly handed the Greek a time violation when he returned, and then another when he delayed before serving the first point of the set.

“I don’t think he was acting well today on the court,” Krajinovic told reporters after the match. “I don’t know why. I thought he’s a nice guy, but the way he was acting today was, I think, weird. We all saw that. He went to toilet 10 minutes.”

Krajinovic also complained that Tsitsipas was talking during a point, while he was preparing to hit an overhead in the fourth game of the third set.

“I was having an overhead and he was talking, which is not nice at all,” Krajinovic said, adding: “I hope that he will apologize one day, but I played my game, I was focused on myself, but I think… I don’t think it’s necessary to do that.”

Barbara Schett, the tournament emcee, mentioned the tension to Krajinovic on court during her post-match on-court interview with the Serb, immediately after the match.

“I don’t know, it’s kind of weird, I didn’t expect that from him,” Krajinovic said. “He was not acting really well today, I don’t know why. But I understand, maybe he was nervous, a lot of pressure, but I think he’s a good guy, and yes, it’s never easy to lose a match.”

It was a difficult afternoon for Tsitsipas, and he let his frustration show during the match, often muttering to himself between points. The Greek drops to 40-11 on the season – he will head to the Olympics next.

Krajinovic: One of my best matches ever

Krajinovic improves to 3-21 lifetime against the top-10 after playing what he called one of the best matches of his career.

“For sure it’s one of my best wins, and one of the best of my games, I played a lot of good matches that didn’t go my way, but this one went my way, which I’m really happy about. I beat Thiem the week before he won US Open at Cincinnati which I played really well. I had a lot of good matches but this one is for sure is special because Tsitsipas has been playing so well on clay and this win means really a lot to me.”