A recent ATP study shows how severely its tournament business model has been impacted by COVID-19. It accepts the considerable drop in the prize money redistributed to players but does not open the door to a revision of the model, requested in particular by John Isner before Miami. 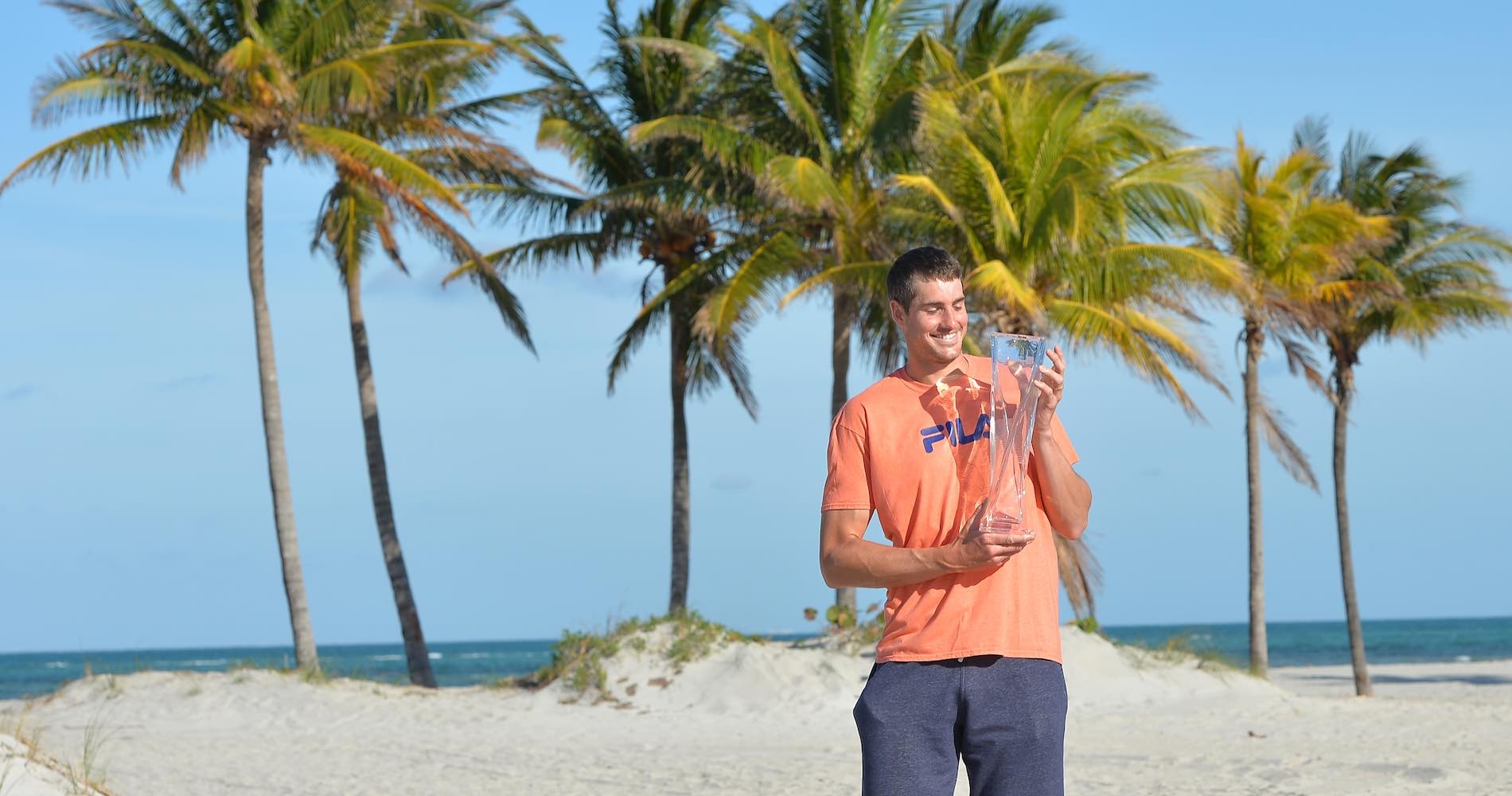 KEY BISCAYNE, FL – APRIL 01: John Isner (USA) heads to the Crandon State Park Beach for pictures with the Championship Trophy after defeating Alexander Zverev (GER) 67(4) 64 64 at the 2018 Miami Open held at the Tennis Center at Crandon Park on April 1, 2018.

On Friday or Saturday at the Miami Open, John Isner may face Vasek Pospisil in the second round. Something tells us that American No 1 Isner and PTPA player union co-founder Pospisil will be keen to put the world to rights while having a post-match beer. Or, perhaps, to redefine the tournament’s prize money allocation, or even the entire income redistribution policy of the sport. If he achieves the same performance in this year’s final on April 4 as in 2018, namely the title, Isner will take home $300,110, a cool million less than what he earned in 2018 at Miami. If he reaches the final, as in 2019, he will win $165,000, almost $300,000 less than the runner-up of 2019.

Also read: No bubble but reduced prize money in Miami

This prospect upsets Isner and, additionally, many other players who are absent from the Miami Open in 2021. Those absent have considered the figures and made their choices at least partly due to fact that tennis rewards excellence less during the pandemic, to the tune of a 60 percent drop in singles income. On February 24, Isner became a flagship protester by tweeting, in response to the Tennis Majors post revealing these sums, that the ATP was a “broken system”, demanding that everything, including the redistribution model, had to be redesigned with full transparency. 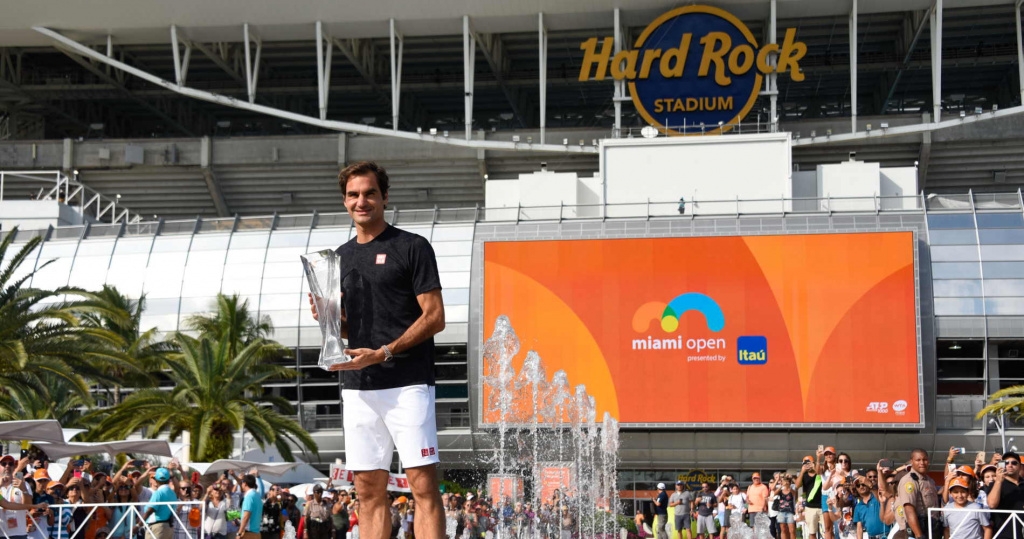 Inevitable drop in income, according to ATP

Coincidence or not, the ATP released two weeks later an internal report, distributed in particular to the players, illustrating with figures the “storm” in which the circuit finds itself in during the era of COVID. Soberly titled “ATP Member Calls Takeways”, this report, consulted by Tennis Majors, essentially says the following: it is already miraculous that men’s tennis has been able to resume, and it did so through economic risk-taking by tournament organisers and the ATP.

The overall decline in tennis revenues is, in this context, unavoidable, according to the ATP. This is reflected in the share of redistributed revenue. For players ranked beyond 50th in the world, this drop is all the more painful as great efforts to correct inequalities have been made at the same time. This has produced some perverse effects, as Benoit Paire pointed out in L’Equipe:

In his much-commented thread, Isner lists the sources of tournament income: “TV, data, sponsors, betting income”. It obviously omits the ticketing, although it won’t be zero in Miami – see the recent controversy over ticket prices. The ATP puts the figures back in order, recalling that the income from the nine Masters 1000 is deployed as follows:

Also read: Player politics set to be a lingering factor in 2021

The ATP also notes in its report that 70 percent, on average, of the revenues of all its tournaments (ATP 500 and 250 included) come from the presence of the public (tickets but also merchandising and on-site services) and sponsors (many of the deals ended in 2020). Translation: There is no magic pot or source of income capable of making up for such a drain of millions of dollars. 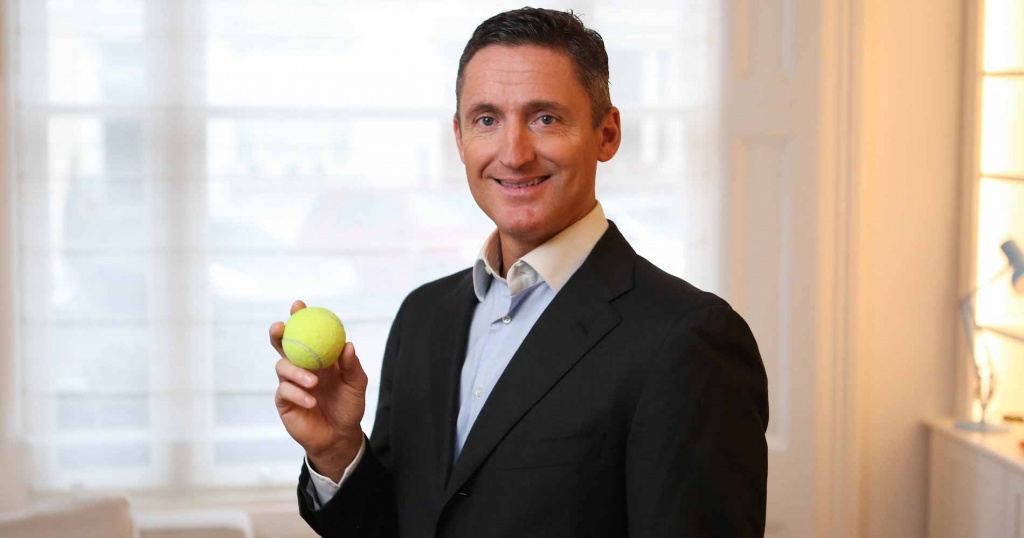 John Isner, in tune with a feeling of incomprehension that developed in the locker room during the Australian Open, also asserted that “ATP executives maintained their salaries, margins and expense reports” while the players took significant cuts.

In a mirror-like response, the report, signed by James Marsalek, a former player who came close to the ATP Top 500 in singles and doubles in the 2010s, points out that the ATP machine saved just over $9.5 million of annual operation – a 23 percent decrease – due to a sudden freeze of the wages, bonus reductions (of $467,467 ), hire freezes, staff at reduced capacity and other cancellations of orders.

This ATP report highlights above all the increase in the salaries of the lowest-ranked players and the choices made by the organisation of men’s tennis.

In detail, we read that the Top 10 players lost almost 40 percent of income for equal activity (excluding Grand Slams), and that players ranked between 151st and 250th place gained almost 70 percent more. The ATP also claims to have found a way to redistribute 20 million euros to players and tournaments as a measure of solidarity. The periods targeted by these figures are the six months from August 17, 2020 to February 22, 2021, corresponding to the resumption of the circuit, and compared to the same period straddling 2019 and 2020, where the circuit operated normally. 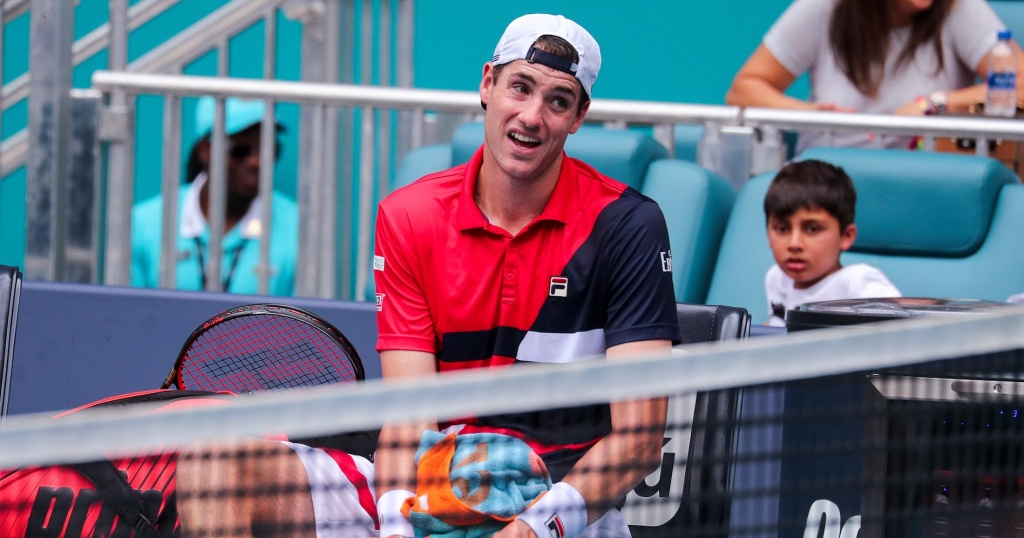 The director of the ATP, the Italian Andrea Gaudenzi, summarises the reality of the moment in these terms, on his own media:

“ATP events are losing more than 50% of their overall revenues, and these are events that operate on very small profit margins. That quickly means you have to reduce costs in order to operate, which unfortunately means reductions in prize money.”

The ATP internal report says the ATP 250s worked at a loss in the non-pandemic world of 2019, the ATP 500s were making a 3 percent margin, but the Masters 1000 were making an average 15% profit on their turnover deal, or roughly the amount redistributed to male players (16 percent of the 23 percent allocated to prize money, the difference of 7 percent was for female players).

In his thread, John Isner cites sports organisations that redistribute up to 50 percent of their income to players as a model. He argues that “tournament promoters have assets that appreciate over time while players have very little time to capitalise on their talent.”

The eight-page study the ATP shared with its members does not come close to addressing the full scope of the American player’s demands. “We do internal reports all the time, we cannot say that this is bigger than another,” an ATP spokesperson told us. But such an audit would tell the same thing to the 35-year-old American player, who won two matches and lost two in 2021, for $30,000 of the $19.3 million in earnings he has managed over the course of his fourteen-year career.

“Tennis is the fourth sport in the world, with an estimated total of 1 billion fans, for only 1.3 percent of the total value of the collected media rights”

The director of the ATP, on the other hand, “firmly believes in the 50-50 partnership between organisers and players”, the current model of ATP, and proclaims that “negotiation and compromise is a reality in any structure.”

In his latest public statement, Gaudenzi says he hopes for a return to normal in terms of activity by 2022 and the implementation of his ATP reform plan aimed at increasing income per fan in 2023. Another internal report completed in September 2020 says that “tennis ranks fourth in popularity worldwide, with more than 1 billion fans globally. However, it generates 1.3% of the total value of global sports media rights.” It does not claim that ATP is a “broken system”, as Isner puts it. But it is clear that it is a system which could make more money, if not redistribute more to the players.