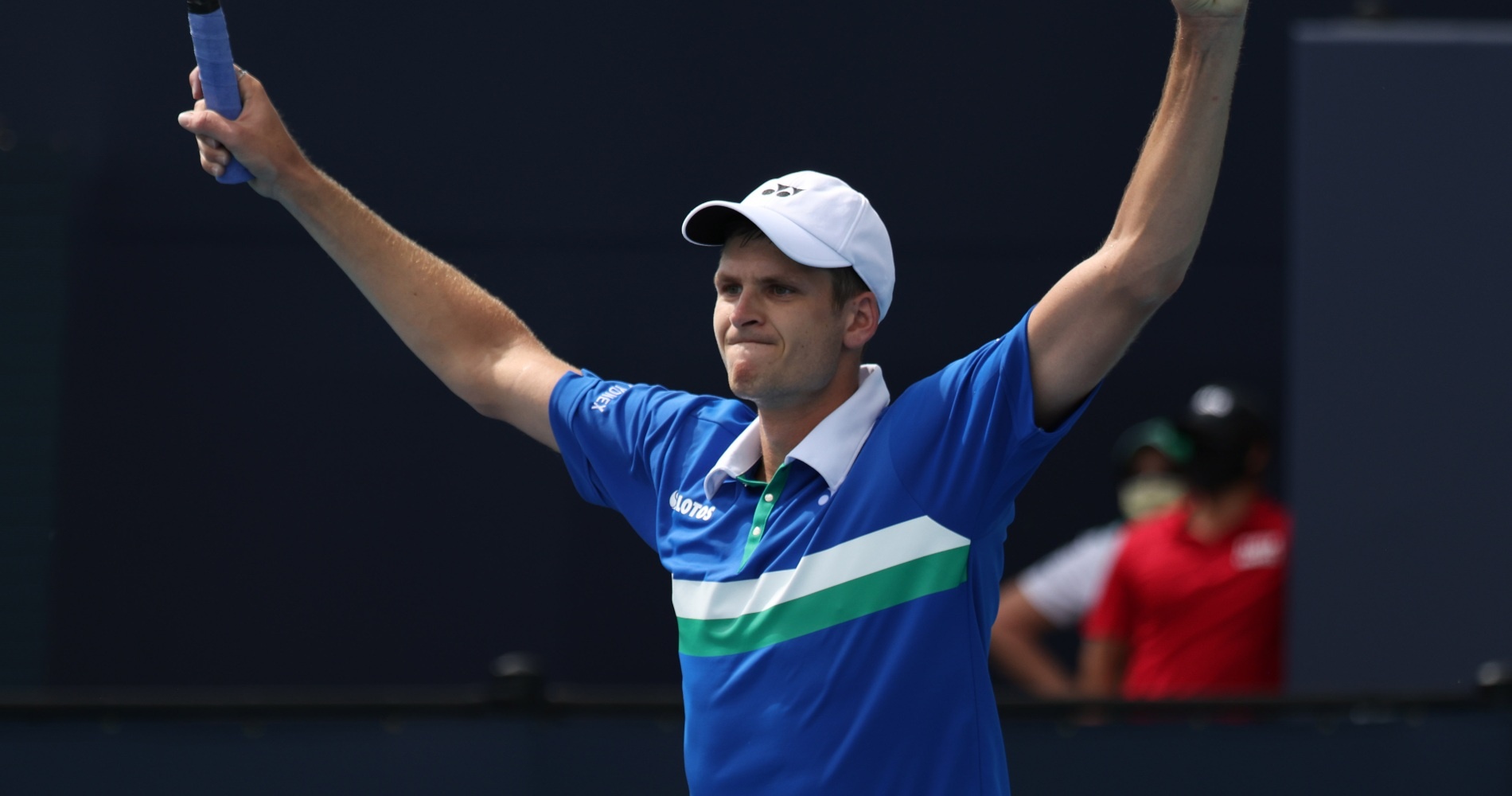 Here are some key facts on Hubert Hurkacz’s run in Miami :

“He was like an amazing player, he achieved so much, and he has plenty of experience being like coaching clients for many years. He’s super knowledgeable. He’s always like trying to say something nice to me and also about tennis. It’s really great that we have such a person with a lot of knowledge in Polish tennis.

At the moment Poland to have Iga (Swiatek), Lukasz Kubot who has been winning Grand Slams, Australian Open and Wimbledon in doubles. Yeah, also like myself hopefully like we are inspiring kids and there are plenty of younger guys like Kamil Majchrzak, Kacper Zuk, and also like couple of guys playing doubles like Jan Zielinski, Szymon Walkow. Those guys are, I mean, hopefully like pumped by the results that we are doing and they see that it’s possible like to be there, to be at those events and to play deep in them.”