Home » News » ATP » ‘I was lucky’: Aslan Karatsev reveals how close he came to hard quarantine at Australian Open

‘I was lucky’: Aslan Karatsev reveals how close he came to hard quarantine at Australian Open

Three flights to the Australian Open were affected by coronavirus and forced players into a fortnight of hard quarantine. One of them should have been Aslan Karatsev – but he has revealed a late change to his schedule turned out to be a massive stroke of good fortune. 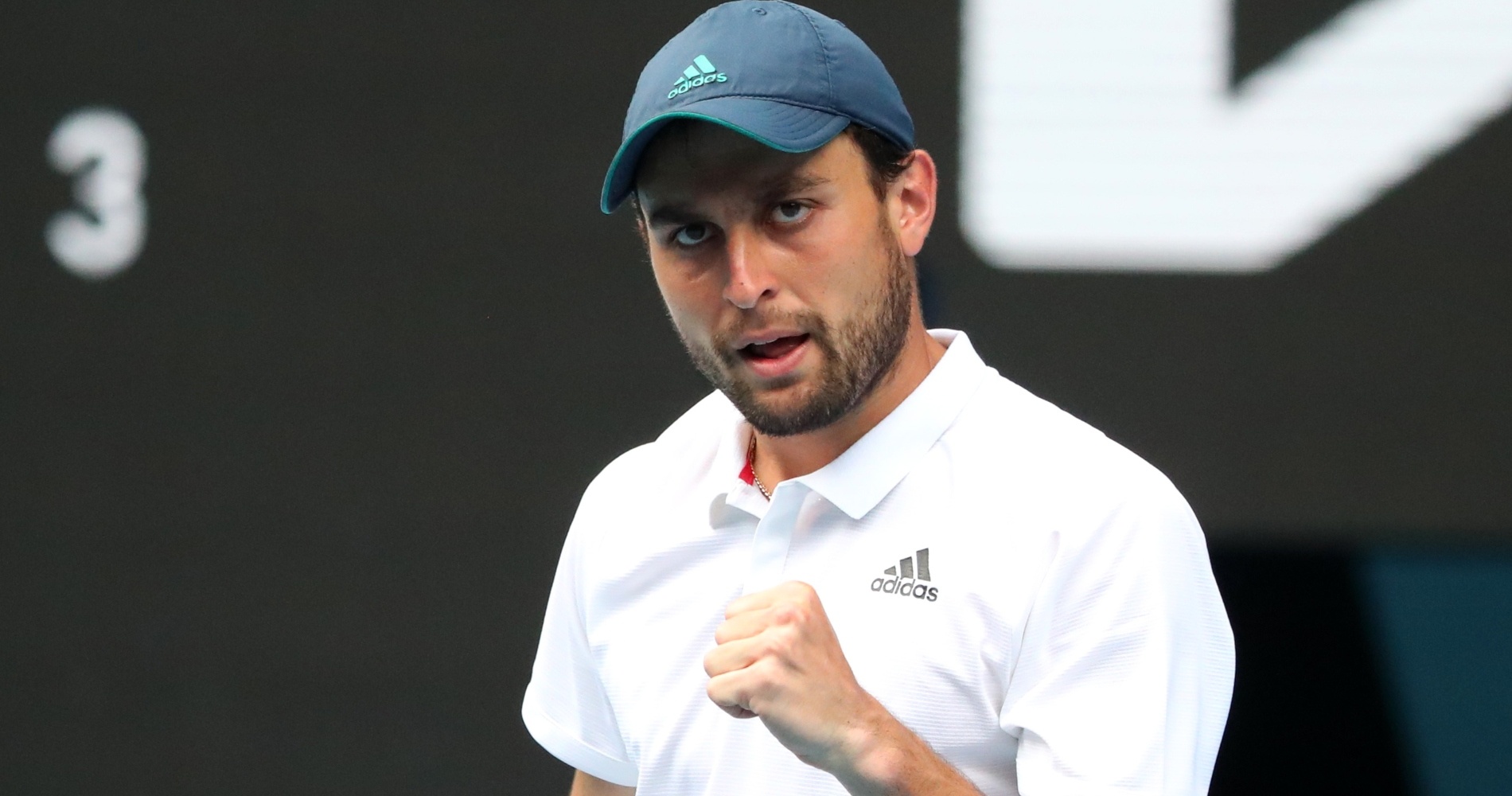 Aslan Karatsev, the shock Australian Open semi-finalist, has revealed just how close he came to catching another flight to Melbourne – which would have left him in hard quarantine for two weeks.

Australia’s tough rules for travel amidst the ongoing coronavirus pandemic meant that all players were subject to rigorous testing, and anyone in contact with the virus had to go into very strict quarantine.

That was the case for three plane-loads of players, coaches and staff all heading to the first Grand Slam of the year.

But the Russian has now said he was able to access practice facilities and train with India’s Sumit Nagal as he was on one of the flights that were clear of contact with Covid-19.

It was initially thought that he was a passenger on one of the planes that were locked down on arrival in Australia – but it now transpires that he was put onto a different flight.

“I got the ‘healthy’ flight,” Karatsev said to the ATP website. “I was supposed to be on the Covid-[affected] flight but they made a mistake. There were a few players who were put onto the 5am flight and that was the one without Covid. I was lucky. Everything started from there.”

Karatsev dropped just one set in qualifying before flying out to Australia, and made it through the first three rounds of the main draw in straight sets. That included a 6-3, 6-3, 6-3 win over eighth seed Diego Schwartzman of Argentina.

His epic run came to an end against top seed Novak Djokovic in the semi-final, when the eventual champion triumphed 6-3, 6-4, 6-2.