Rafael Nadal is through to the last 16 in Indian Wells after beating Dan Evans in straight sets on Monday. The Spaniard will meet American Reilly Opelka next 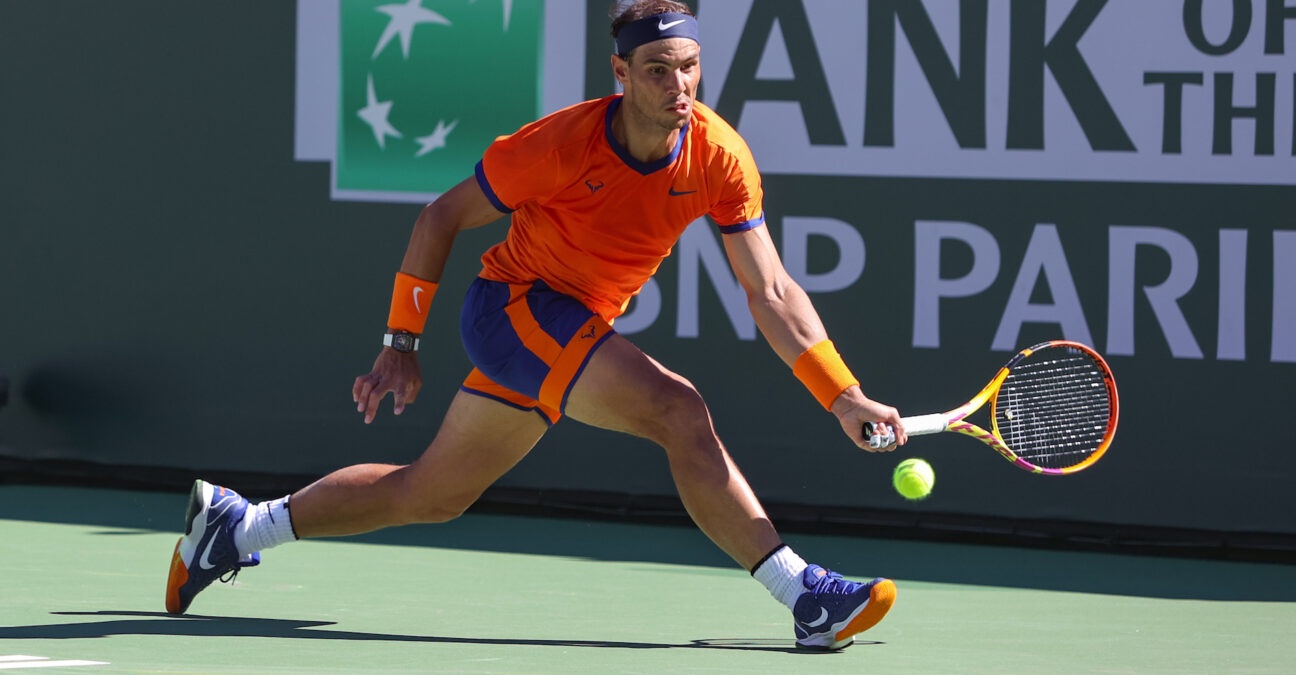 Rafael Nadal may not be at his Australian Open level right now, but he continues to do enough to stay undefeated in 2022.

Nadal improved to 17-0 for the season when he defeated Dan Evans 7-5, 6-3 in round three of the BNP Paribas Open on Monday afternoon. The 35-year-old recovered from a break down in the first set to eventually prevail in one hour and 43 minutes.

Although it wasn’t Nadal’s best performance, he cannot have too many complaints. After all, the 21-time Grand Slam champion was almost out of Indian Wells in his opening match when he endured an uncharacteristic day at the office and found himself a double-break down in the final set against Sebastian Korda. Nadal somehow battled back from a 5-2 deficit and triumphed 6-2, 1-6, 7-6(3) in two hours and 29 minutes. His chronic foot problem also seemed to be a minor issue. In those regards, the result against Evans was more encouraging.

Nadal looked physically fit and he found his game in time to dig out of a 4-2 hole in the first set, ultimately seizing the momentum and maintaining it the rest of the way.

“Not in the beginning,” the world No. 4 responded when asked if his level improved from the thriller against Korda. “But, yes, (I am) improving a little bit…. Yeah, (it was) a positive win for me, no? (I’m) happy to save that tough moment in the first set; then the things went a little bit better later.

“If you compare my level of today to the semifinals or the final of Australia, (it) is worse without a doubt. But what can happen after tomorrow? I can’t tell you. Can be bad, but at the same time can be very good…. When you are playing very well, you have one bad day, you can come back to the high level very soon. You never know what can happen.

“It was very important that I can win these first two matches without playing fantastic, but today was a little bit better than the first day.”