The BNP Paribas has announced its October dates, with a reduced draw on the men’s side. And both tours announced cancellations in Asia, with more possibly to come. 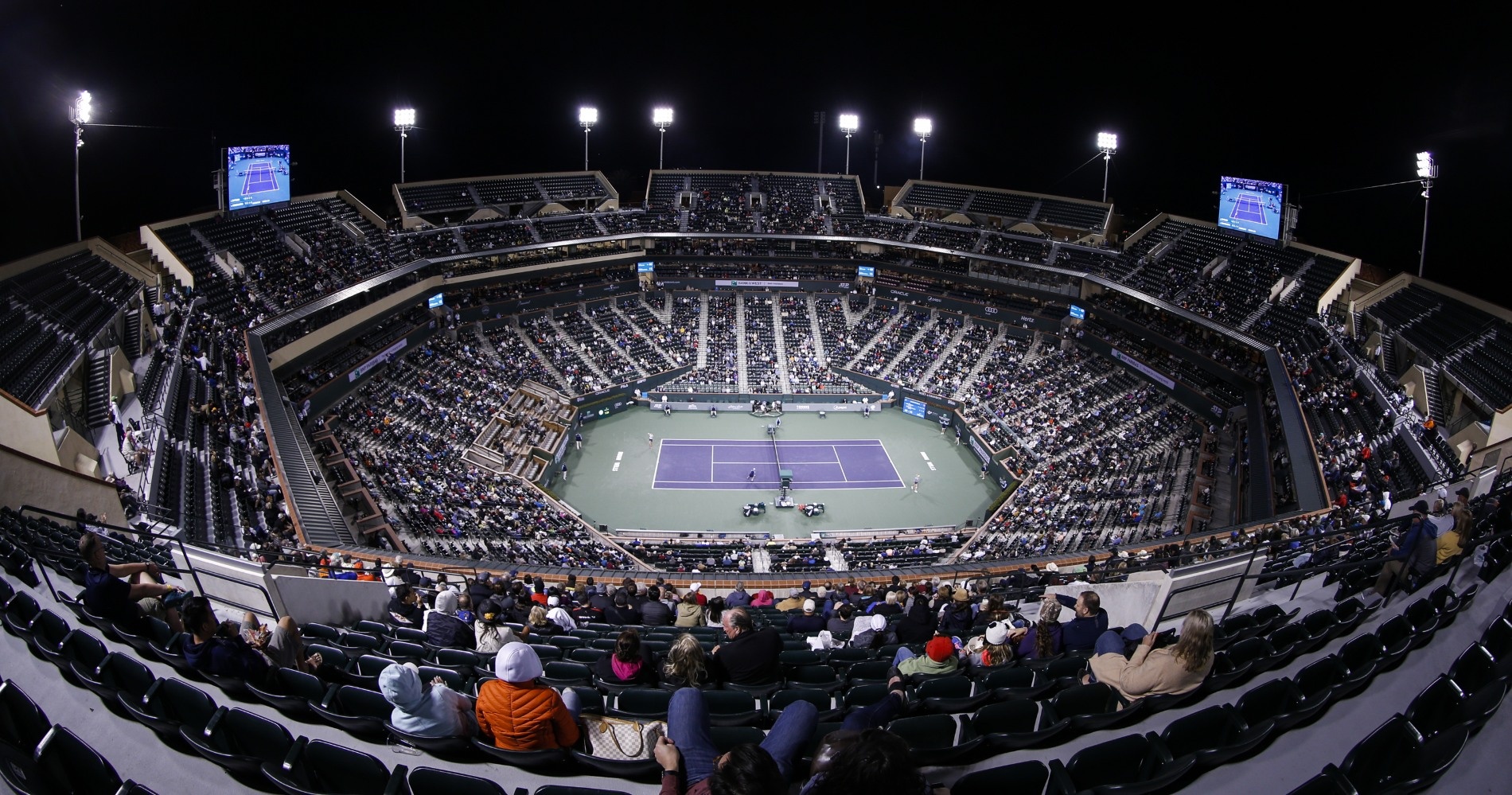 A view of the main stadium for the BNP Paribas Open tennis tournament on Wednesday, March 13, 2019 in Indian Wells, California.

The BNP Paribas at Indian Wells has officialized its dates for October.

A flurry of press conferences, one from each tour and another from BNP Paribas Open, came through on Thursday evening, with major announcements from both tours.

The WTA announced that it will cancel the complete Asian swing, except for the WTA Finals Shenzhen, where the year-end championships are due to be held. The WTA says that it has yet to finalise negotiations with Shenzhen, and remains hopeful that a solution can be found regarding the showcase event.

“Due to continued COVID-19 concerns and travel restrictions in China and Japan, the WTA tournaments traditionally scheduled in Chinese Mainland and Japan will not operate this year,” the tournament said in a statement. “This applies to all events except for the Shiseido WTA Finals Shenzhen, which is still under discussion.”

The tournament maintained that efforts are being made to relocate tournaments and provide equal playing opportunities in the fall season.

“We are disappointed that our world-class events in China and Japan will not take place this year,” stated Steve Simon, WTA Chairman and CEO. “We are working on a parallel path to provide playing opportunities in other regions, one being our return to the BNP Paribas Open in Indian Wells as we look forward to this two-week event in October.”

The ATP remains hopeful about keeping the Shanghai Masters in place, but moved to cancel 500-level events in Beijing and Tokyo.

“The Rolex Shanghai Masters, an ATP Masters 1000 event, maintains its intention to stage this season, with the possibility of taking place in Week 40, the ATP said in a statement, adding: “Elsewhere, the China Open (Beijing) and Rakuten Japan Open Tennis Championships (Tokyo), both ATP 500 events scheduled in Week 40, have confirmed their cancelation in 2021 due to restrictions related to COVID-19.”

A smaller draw for the men at Indian Wells

The men’s event will be reduced in size this year, downsized from 96 to 56 players. The doubles draws will feature 28 pairs, and the singles qualifying event will host 28 players.

The women’s event will be larger.

“The first-ever fall edition of the BNP Paribas Open will feature a women’s event with 96-player singles draws, 32-player singles qualifying draws, and 32-team doubles draws,” said the tournament in its statement.

The tournament says that it will require proof of coronavirus vaccination from all fans.

“With health and safety as the tournament’s top priority, the BNP Paribas Open will require all fans, staff, sponsors, media, and vendors to show valid proof of full vaccination in order to enter the Indian Wells Tennis Garden for the tournament,” a statement read. “In addition, depending on the COVID-19 conditions at the time of the tournament, additional testing as well as mask mandates in certain seating areas may be required by the Riverside County health department and the state of California. The guidelines for the players are governed by the protocols established by their respective governing bodies, the WTA and ATP Tours.”