Juan Manuel Cerundolo had his winning streak snapped at five, as he suffered his first ATP loss to Federico Delbonis on Tuesday in Buenos Aires. Juan Manuel Cerundolo is no longer undefeated. The Argentinian (5-1 lifetime!) tasted defeat for the first time at ATP-level, falling to Federico Delbonis on Tuesday evening in Buenos Aires, 6-4, 7-6(2).

That was the bad news for the Cerundolo family. The good news? Juan Manuel’s older brother Francisco notched another victory on Tuesday, 6-4, 7-5, over Federico Coria to reach the second round of an ATP main draw for the second consecutive week.

The family affair continues 😏@FranCerundolo advances to R2 in Buenos Aires with a 6-4 7-5 win against Federico Coria!#ArgOpen2021 pic.twitter.com/V0gAj2ZiGY

The 22-year-old world No 137 is closing on a career-high ranking and will face No 3-seeded Benoit Paire next. He converted four of eleven break points to lock up his victory in one hour and 55 minutes. 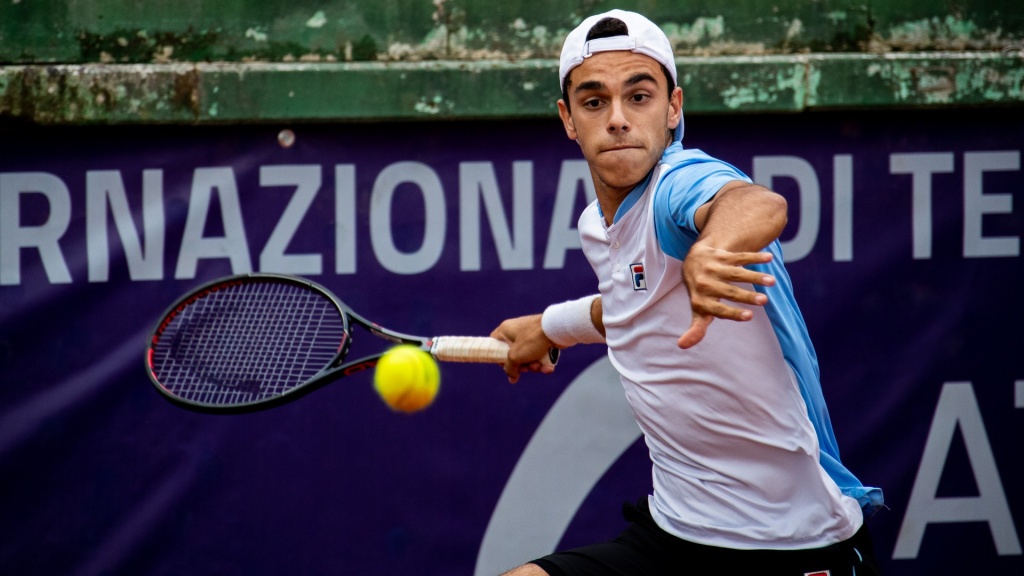 It has been a fairytale fortnight in Argentina for the pair of talented brothers. Both Francisco and Juan Manuel qualified for the main draw in Cordoba last week and each won their maiden ATP main draw match last Tuesday.

“It’s absolutely amazing, me and my brother both winning on the ATP [Tour] is really amazing, to be honest,” said the 22-year-old last week. “It’s a dream for our family. Winning our first match, on the same day, at the same tournament – it’s unbelievable.”

Francisco lost in the second round at Cordoba but Juan Manuel stormed to the title to become the first player to win a title on his ATP main draw debut since 2004.

Carrying a 5-0 career record into Tuesday’s showdown with former world No 33 Delbonis, Cerundolo engaged in a back-and-forth affair, but the 19-year-old, perhaps weary from playing nine matches (including qualifying) in 12 days, was unable to replicate his stunning consistency against his hard-hitting compatriot. Cerundolo rallied from a break down twice in the opening set but lost the final two games to drop the stanza, 6-4.

In the second set Cerundolo led by a break twice but was unable to hold his advantage and ended up falling in a lopsided tiebreaker.

He will face Germany’s Dominik Koepfer next.

All eight seeds (top four via bye) are into the second round at the Argentina Open.