The legendary career of Juan Martin del Potro has been full of emotional moments, heartbreaking injuries, and gripping battles with the Big 3. Here are the answers to some questions you may ask about the 2009 US Open champion 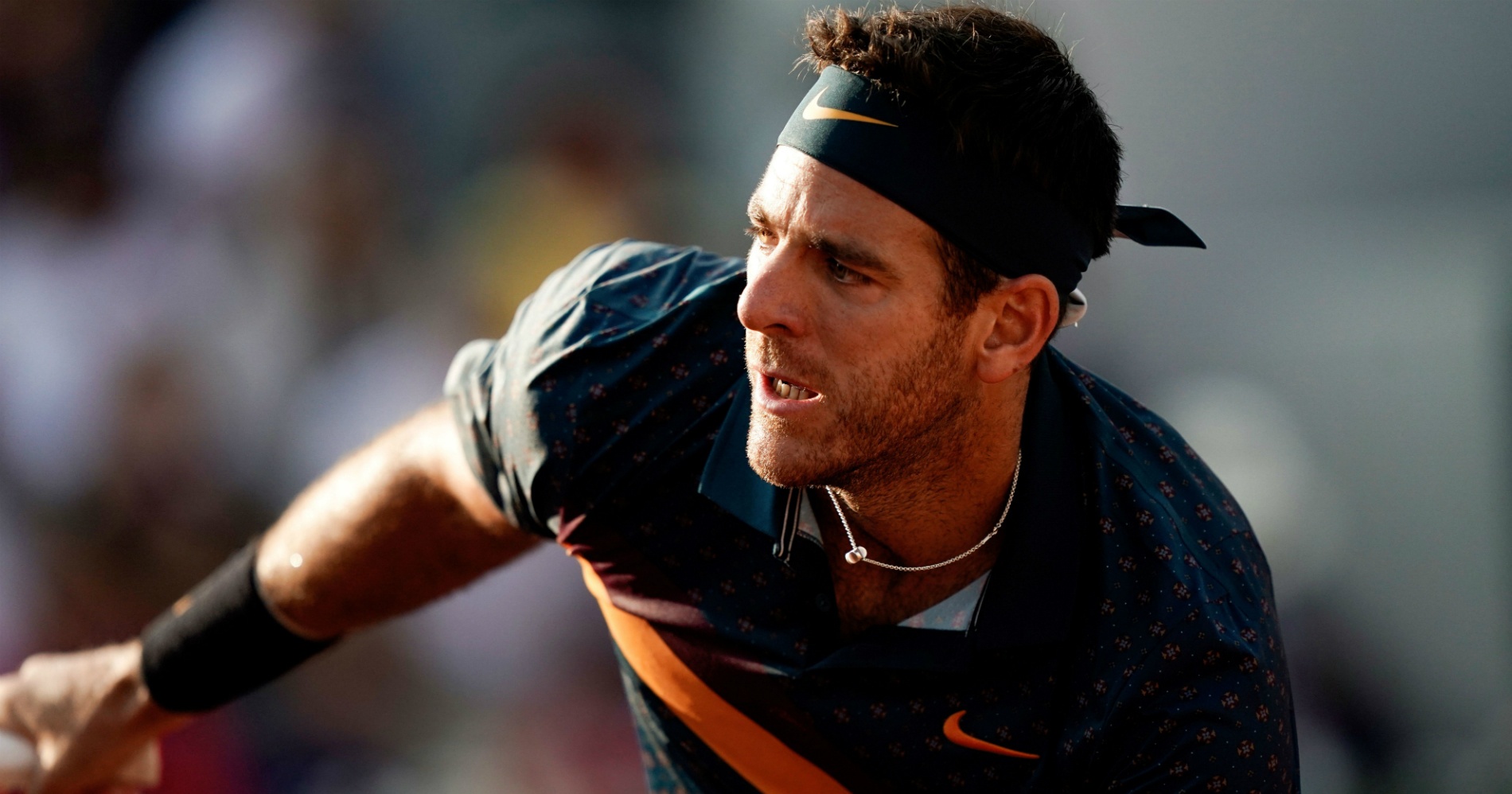 The Argentinian hasn’t officially retired but it does look likely that his career is over. After he played at Argentina on February 8th, 2022, losing to Federico Delbonis, 6-1, 6-3, Del Potro said the following:

“Today is a full stop. Now I have to take care of my knee for my life, for day-to-day life. But I am going to leave the window open in tennis because what I experienced tonight is unforgettable. If today was my last game, I’m leaving happy.”

He decided not to play in Rio and said he felt happy playing his last match in Argentina, but did add that he will not fully close the door on his career.

“I don’t know if it’s going to happen, because the pain in my knee is very high. But I will keep doing a big effort to fix the knee, and if I get that, maybe I will have another chance to play.”

In an interview to La Nacion in September 2022, Del Potro spoke about his struggles to adjust to life without tennis but said he still leaves the door open for the future.

“I’m going a few months ago, to the message I gave at the Buenos Aires tournament: first the quality of life, because I can’t stand the pain anymore, but this (tennis) I’m not going to close, I want to leave it open. Then, time and life will tell how it ends.” 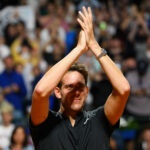 Why has Juan Martin del Potro been out for so long?

The Argentine fractured his right patella in 2018 and then re-injured the same injury in 2019 at Queen’s Club in London. After that Del Potro underwent three different surgeries to repair the knee. He recently decided, because he was still having pain after the first three surgeries, to undergo a fourth surgery on the knee on March 23, 2021.

How many surgeries has Del Potro had since he turned pro?

Del Potro has had a total of eight surgeries – one on the right wrist in 2010, followed by three on the left wrist between 2014 and 2015. Then the four surgeries on the right knee; the first in June of 2019, the second in January of 2020, the third in August of 2020 and the fourth in March of 2021. He has missed nine months or more consecutively four different times in his career.

What was Del Potro’s best moment?

There have been many but it will be very hard to find one better than his US Open title in 2009. Juan Martin del Potro was just 20 years old when he dethroned five-time defending champion Roger Federer by defeating him in five sets in the final. That victory for Del Potro snapped Federer’s 40-match winning streak at the US Open.

What is Del Potro’s nickname?

Del Potro has two popular nicknames, the first being simply “Delpo”, and the other having to do with his heritage. Since he hails from the city of Tandil, Argentina, and is 6’6″ tall, Del Potro is known at the “Tower of Tandil.”

What is Del Potro’s best surface?

What do fans love about Del Potro?

Fans really connect with Juan Martin del Potro on an emotional level. He wears his heart on his sleeve and is a gentle giant that is not afraid to let out his emotions before or after matches. He has always appreciated his opportunities to play at the highest level and he has become more and more of a sentimental favourite over the years as he has battled through injuries to return to form.

Del Potro has also had some personal tragedy in his life. His older sister died at the age of eight in a car accident. He lost his father Daniel at the start of 2021 after heart surgery, and posted a touching tribute to him on social media, writing: “Now you have joined your other angel, and I ask that you please watch over my mom, my sister and me from above.”

What is Del Potro’s most lethal shot ?

Juan Martin del Potro has one of the biggest forehands in the history of tennis. He can hit it flat, with virtually zero topspin, and it rockets through the court. It’s amazing to watch.

How many titles has Del Potro won?

Juan Martin del Potro currently, as of March 22, 2021, owns 22 titles to his name. 18 of his titles have come on hard courts, and four have come on the clay.

What other history has Del Potro made?

Del Potro guided Argentina to the Davis Cup title in 2016. It was a comeback season for Juan Martin del Potro. He also claimed the silver medal at the 2016 Rio Olympics. Del Potro defeated Andy Murray in five sets in the World Group semi-finals to help Argentina get past Great Britain and into the final, and in the final he defeated Ivo Karlovic in his first rubber, then came back from two sets to love down to defeat Marin Cilic to force a deciding rubber in the tie.

Argentina went on to win the Davis Cup crown for the first time in its history.

In 2018, Del Potro saved three championship points to defeat Roger Federer in the final at Indian Wells. It was his fourth career Masters 1000 final, and his only Masters 1000 title to date.

How many Olympic medals has Juan Martin del Potro won?

Del Potro has two Olympic medals. He defeated Novak Djokovic for the Bronze medal at the 2012 London Olympics, and in 2016 he defeated both Djokovic and Nadal en route to the final, where he lost to Andy Murray and took home the Silver medal. 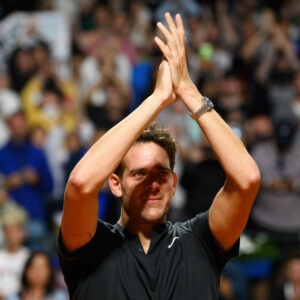