Kyrgios hits back at Becker’s ‘rat’ accusations over Zverev blast

Boris Becker and Nick Kyrgios were involved in a tense Twitter stand-off over the Australian’s criticism of Alexander Zverev. 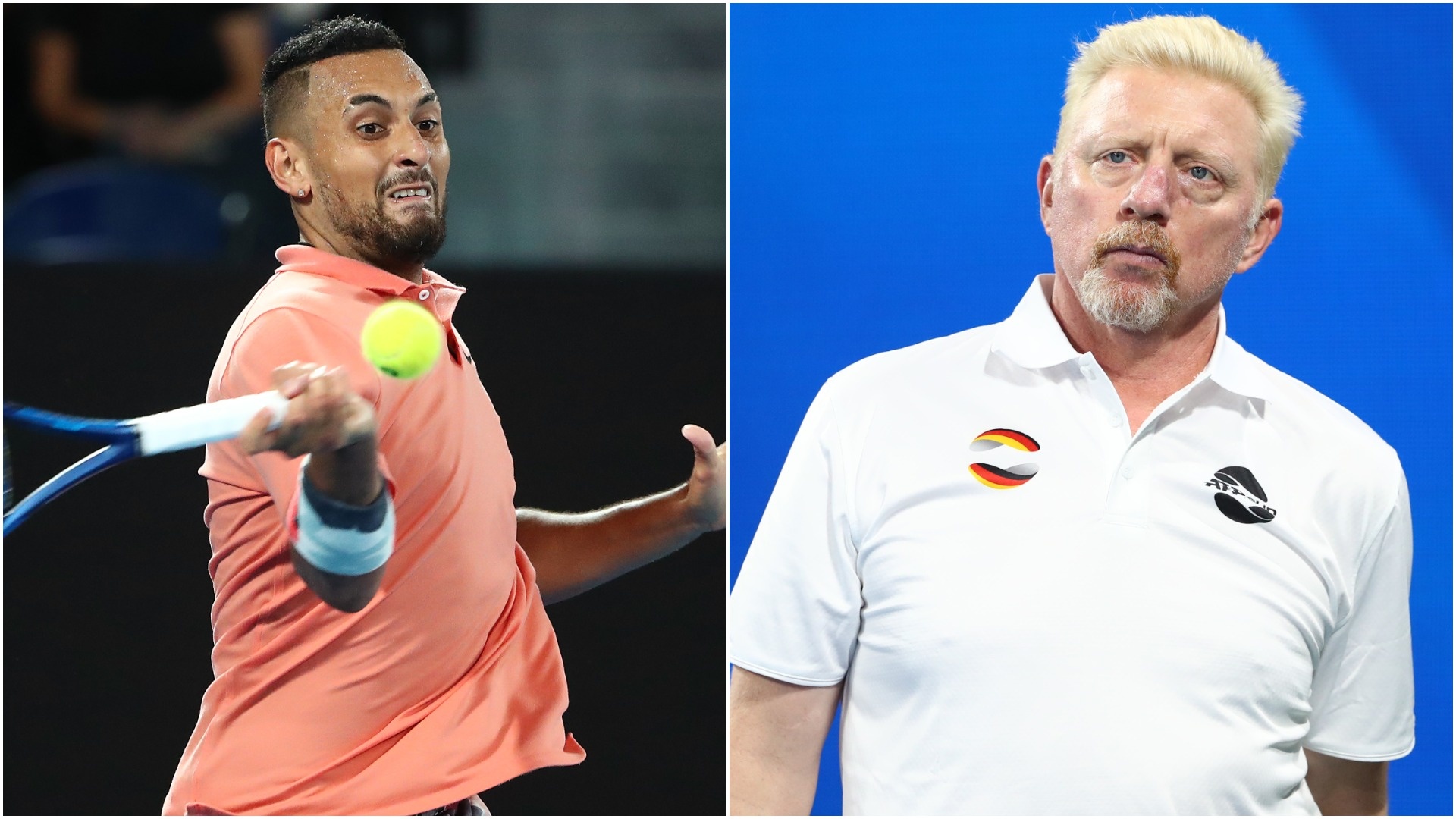 Nick Kyrgios has hit back at Boris Becker after the German legend branded him a “rat” over his public criticism of Alexander Zverev.

World number seven Zverev was labelled as “selfish” by Kyrgios after he was apparently spotted partying despite vowing to self-isolate.

Zverev took part in the Adria Tour where several players, including world number one Novak Djokovic, tested positive for coronavirus and, although he returned a negative result himself, promised to isolate, with guidelines recommending 14 days.

Kyrgios: “Rats? For holding someone accountable?”

Becker, a winner of six grand slams, called out Kyrgios’ public criticism, leading to the duo exchanging a few virtual volleys on Twitter.

“We all live in the pandemic called #Covid_19 ! It’s terrible and it killed to many lives…we should protect our families/loved ones and follow the guidelines but still don’t like #rats @NickKyrgios,” Becker wrote on Twitter.

“Rats? For holding someone accountable? Strange way to think of it champion, I’m just looking out for people. WHEN my family and families all over the world have respectfully done the right thing. And you have a goose waving his arms around, imma say something.”

The argument was not done there, though, with Becker once again repeating his earlier insult.

“Don’t like no #rats ! Anybody telling off fellow sportsman/woman is no friend of mine! Look yourself in the mirror and think your better than us…@NickKyrgios.”

Becker is a “bigger doughnut than I thought”

To which Kyrgios responded:

“For goodness sake Boris, I’m not competing or trying to throw anyone under the bus. It’s a global pandemic and if someone is as idiotic as Alex to do what he has done, I’ll call him out for it. Simple.”

For goodness sake Boris, I’m not competing or trying to throw anyone under the bus. It’s a global pandemic and if someone is as idiotic as Alex to do what he has done, I’ll call him out for it. Simple.

The back-and-forth exchange did not end there, with Kyrgios saying Becker is a “bigger doughnut than I thought” and he “can hit a volley, obviously not the sharpest tool in the shed though”.

Becker continued the argument, with the retort:

“Your [sic] funny guy ….how is it down under? Respect all the guidelines?” before somewhat bizarrely attempting to change tact.

“I really would like to see @NickKyrgios fulfil his potential and win a grand slam! He would be an incredible role model for the youth of the world addressing the issues of equality/race/heritage! Man up buddy and deliver!” Becker commented.

Kyrgios, though, was in little mood to change the topic of discussion.

“Why are you now talking about tennis? It has nothing to do with tennis? How about the dude who you are defending mans up and gives us some sort of explanation? Not another average management apology,” he wrote.