Always colourful, sometimes controversial, Australian Nick Kyrgios says the break because of the Coronavirus pandemic has done him good, mentally. 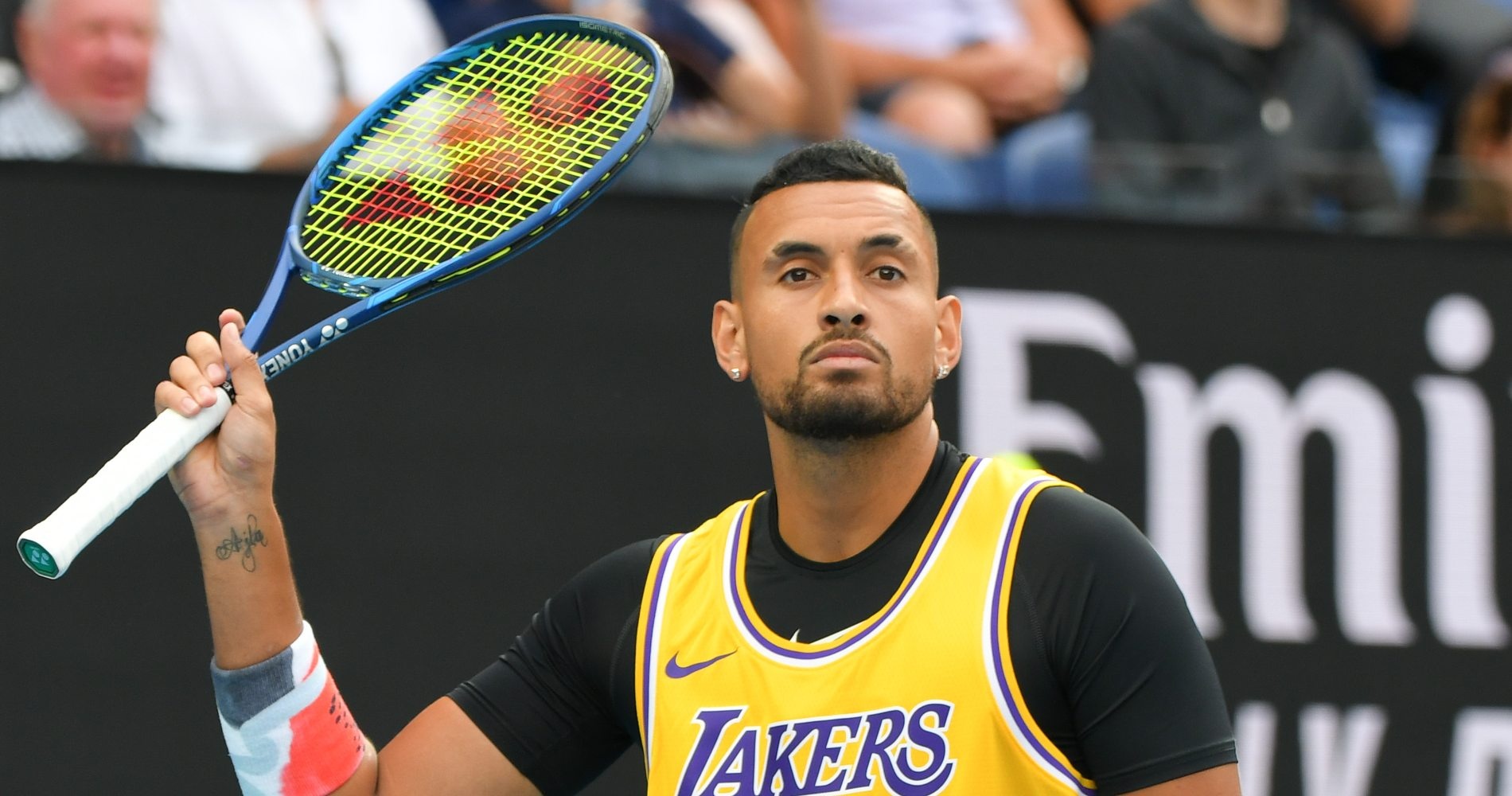 NICK KYRGIOS (AUS), wearing a Lakers basketball top in tribute to Kobe Bryant who died today in a helicopter

Nick Kyrgios said he was mentally refreshed and ready to go after what he described as a crazy year on the sidelines while the Coronavirus pandemic forced the Tours to be cancelled for five months.

The Australian chose to stay at home when the ATP Tour resumed in August and will be making his first appearance since playing in Acapulco in February 2020. The 25-year-old, now ranked 47, reached the fourth round at the Australian Open before losing to Rafael Nadal last year and said he was looking forward to testing himself again.

How far can he go this year? 🤔#9WWOS #AusOpen pic.twitter.com/Y9QJX37AWo

“Last year was a crazy year,” Kyrgios told a press conference on Saturday ahead of the Murray River Open, one of six events that will run concurrently next week in the build-up to the Australian Open itself. “I was incredibly lucky. I’m from Canberra. Honestly, I think it was the best part of the world during everything. There were no restrictions there for seven months. I was incredibly lucky to just be with my family and friends and just kind of reset on everything. I feel mentally completely refreshed, ready to go again. I feel like I am playing well and am ready to go.”

One of the most colourful and at times controversial figures on the ATP Tour, Kyrgios said he had barely played tennis at all in the early days after the Tour was cancelled in March, 2020.

Kyrgios: “I didn’t miss it”

“I actually didn’t touch a tennis racquet for the first four or five months of quarantine. I wanted to get completely away from it. It was actually tough to start getting back into it,” he said. “I’m not going to lie. I didn’t miss the game that much. I’m a competitor. I compete with everything I do. I was playing computer games, all that kind of stuff, getting my little competitive edge there. I didn’t really miss the game at all. It was a bit of a task to get out there, get in the routine of things. Wake up and say, Look, we got the Australian Open around the corner, let’s put some work in. It wasn’t so easy.” 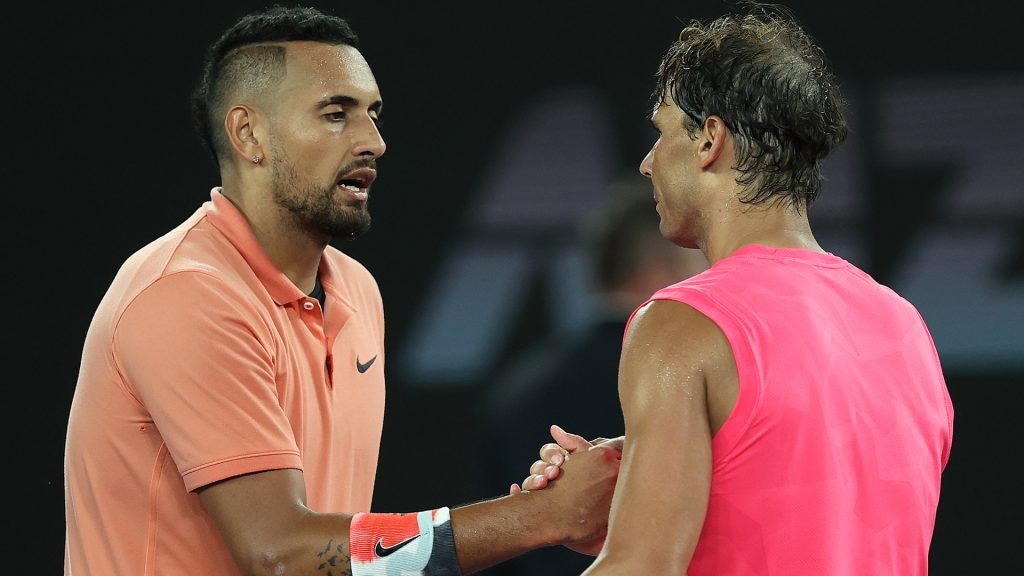 Kyrgios said he has been practising “two hours every day probably, for the last couple months” but won’t know what kind of tennis he’ll be capable of playing until he steps out on the match court.

“Everyone is really playing it by ear,” he said. “Nobody really knows who is in form and who is not. I’m going to take it day by day and try to enjoy myself as much as I can. I’m not the great comparison to other players really in the sense of how many hours I put on court or anything like that. I’m never one to go out there and hit for four, five hours a day anyway. But I just felt mentally I felt like I was in a place mentally wanting to play and feel refreshed. I felt like I was always going to be playing well. I’m not a person that has to play plenty of matches before a Grand Slam or anything like that.” 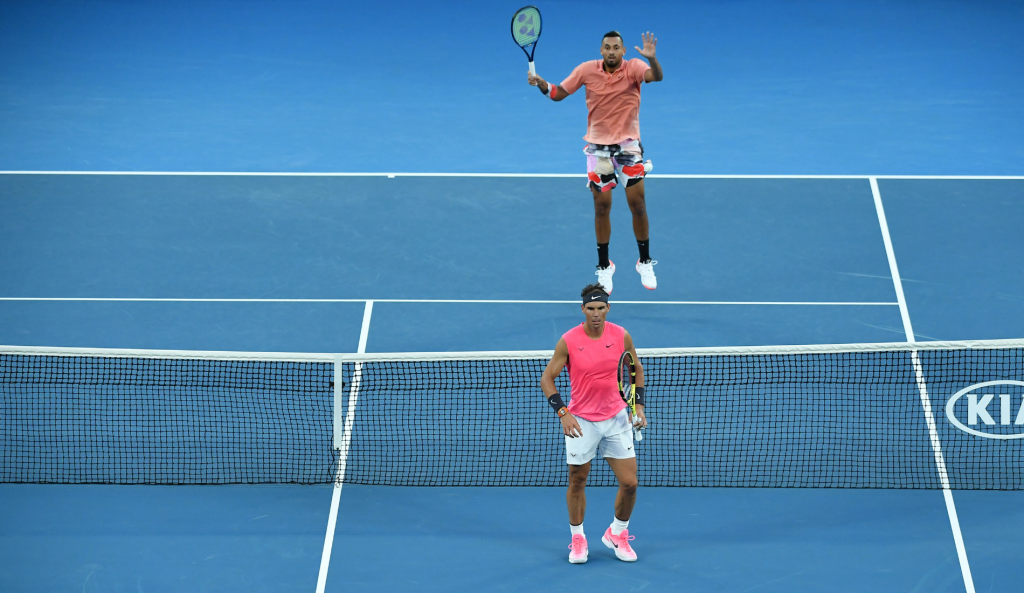 Despite the unusual build-up, Kyrgios said it would be all business when the Australian Open, which begins on February 8, comes round.

“I’m excited,” he said. “I played a set with Jordan Thompson today. It was fun. It was fun to be out there. I’m not taking this for granted at all either. It’s the Australian Open. I’m extremely blessed to be here again. I’m not sure how many of these I played now. I definitely feel like I’m a veteran of the tour now. Every time you get a opportunity to play a Grand Slam, everyone has done an amazing job to get it going, I feel like we’re keeping it safe.”