Andrey Rublev impressed in Rotterdam as he made light work of Andy Murray, while two contenders suffered surprise defeats. 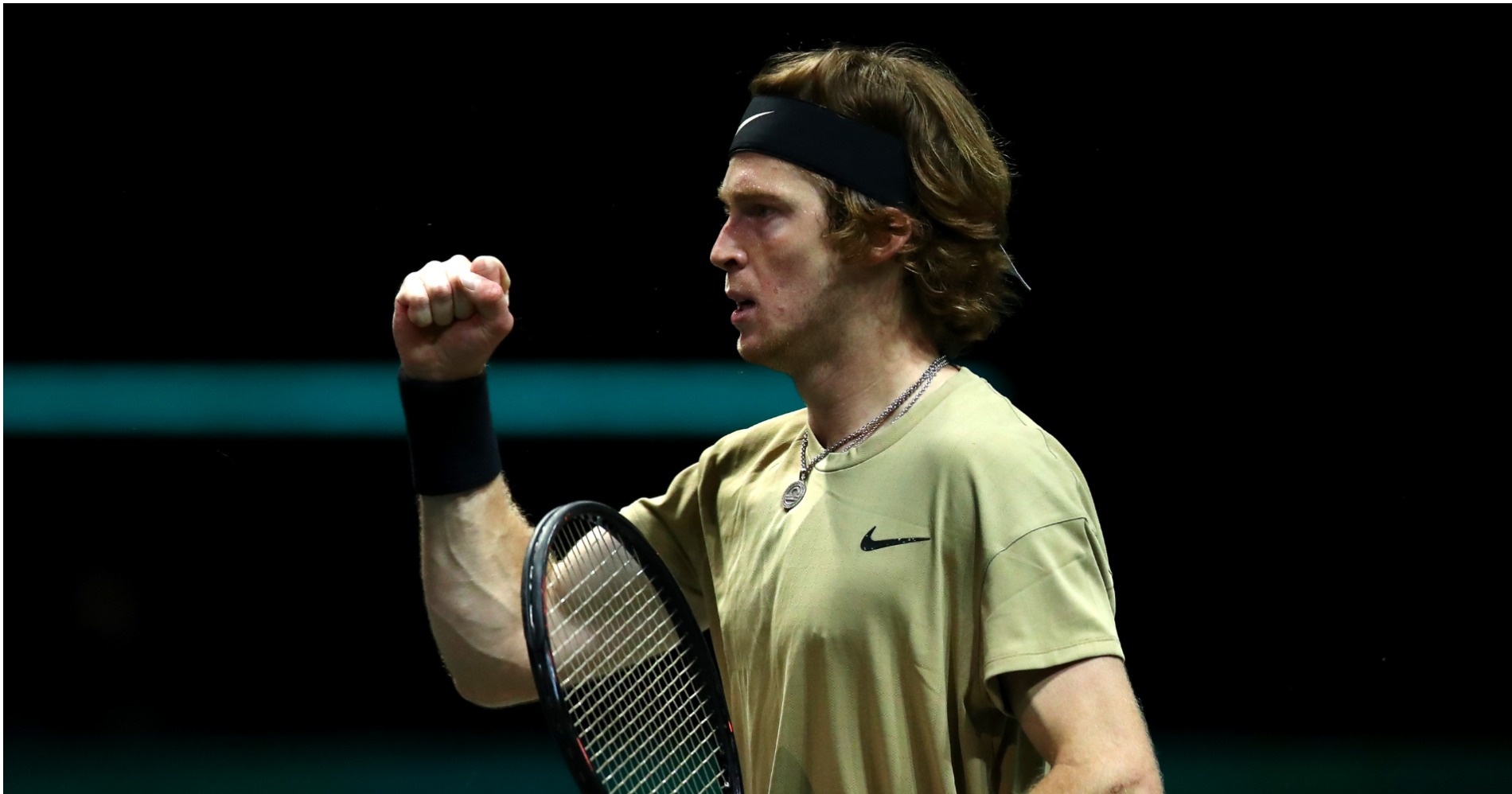 Andy Murray fell in straight sets to Andrey Rublev at the Rotterdam Open, where both Alexander Zverev and top seed Daniil Medvedev crashed out in Wednesday’s action.

Rublev – defeated by Medvedev in the Australian Open quarter-finals – booked his place in the last eight with a clinical 7-5 6-2 victory over the former world number one.

The world number eight hailed Murray as a “true legend” ahead of the clash, with the Russian and Scot having previously met only once before.

Murray, then at the peak of his powers, came out on top in the second round of the 2017 Australian Open, thought it was a far different story this time around, Rublev dispatching his opponent with relative ease.

Rublev saved all three break points that Murray managed to create during proceedings, breaking twice in the second set before wrapping up the win at the first opportunity.

Rublev gets it done

@AndreyRublev97 withstands a spirited challenge from Murray to advance 7-5, 6-2 in Rotterdam. pic.twitter.com/28BjgtqCS8

Dusan Lajovic put in an impressive display as he registered a 7-6 (7-4) 6-4 victory over Medvedev.

A run to the Rotterdam final would have moved Medvedev up to world number two, yet the Australian Open runner-up was well shy of his best.

The Russian led by a break in the first set, only for Lajovic to hit back to square things up at 3-3, with the Serbian winning the tie-break when Medvedev double-faulted.

Lajovic looked to have the odds stacked against him early in the second set, yet ultimately fought back again following another unforced error from the world number three to claim his second career win over Medvedev.

@Dutzee ‘s win over Medvedev is his first victory against a player inside the Top 3 of the @FedEx ATP Rankings. @abnamrowtt | #abnamrowtt pic.twitter.com/KQNfyJH6TH

Lajovic will now face Borna Coric to tee up a tie with Kei Nishikori, who followed up his opening win over Felix Auger-Aliassime by beating Alex de Minaur 6-3 2-6 7-5 to clinch a quarter-final spot.

The other shock result during the day came in the form of world number seven Zverev losing 7-5 6-3 to Alexander Bublik.

It was the biggest win of Bublik’s career, with the world number 43 – a finalist at the Singapore Open on Sunday – having now triumphed in his last three matches against top-10 opponents.

Zverev was playing for the first time since a quarter-final defeat to Novak Djokovic in Melbourne last month.

Bublik will face American Tommy Paul in the next round, while David Goffin beat Jan-Lennard Struff and Alejandro Davidovich Fokina got the better of compatriot Roberto Bautista Agut.