There will be a new No 1 in the men’s game following the Indian Wells Masters. Of course, it won’t exactly be someone new. It will be none other than Novak Djokovic after Daniil Medvedev lost to Gael Monfils on Monday. 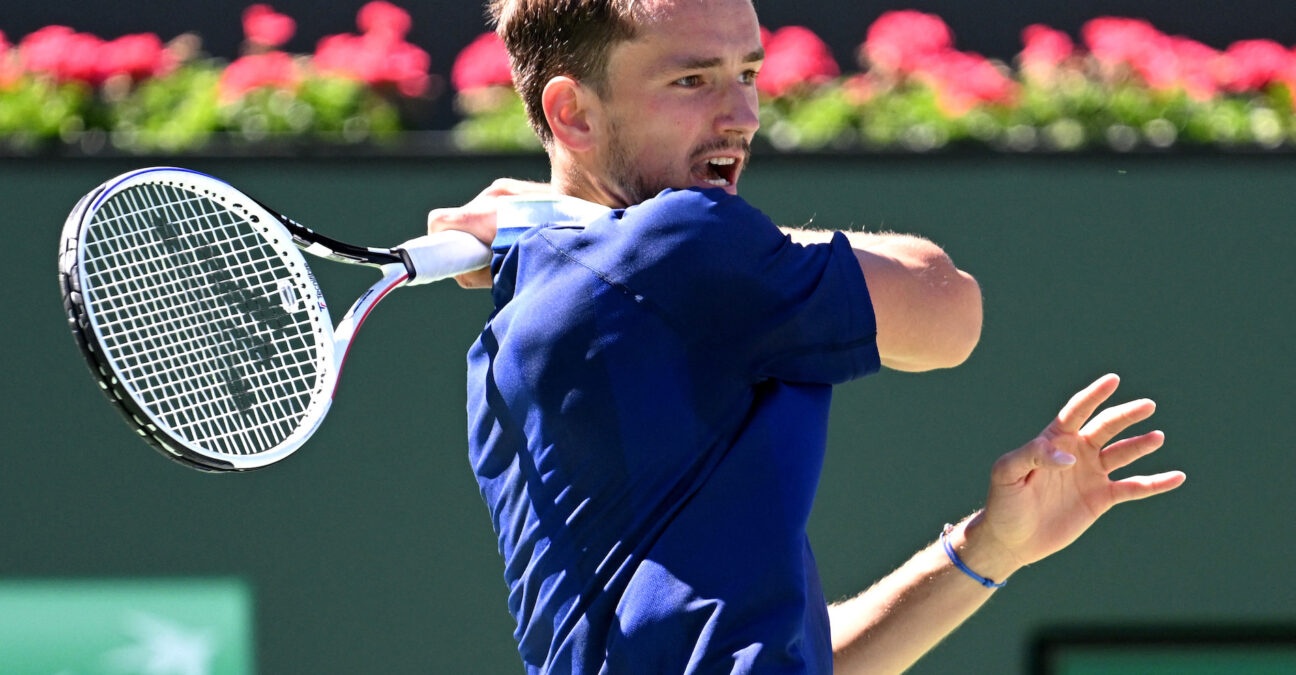 Well, it was fun while it lasted….

Daniil Medvedev famously dethroned Novak Djokovic from the No 1 ranking last month, but Medvedev will give it back to the Serb following the BNP Paribas Open. That became a guarantee when the 26-year-old lost to Gael Monfils 4-6, 6-3, 6-1 during third-round action on Monday afternoon. It won’t become official, of course, until the new ATP rankings come out next Monday.

Medvedev’s stay in the top spot will last a grand total of three weeks. The distinction will then go right back to Djokovic, even though the 20-time Grand Slam champion has been able to play only one tournament this season (Dubai) and recently withdrew from not only Indian Wells but also Miami because he cannot enter the United States as an unvaccinated foreigner.

Capitalizing on Djokovic’s inactivity, Medvedev made a strong start to the year by reaching the Australian Open final. However, things have only gone downhill since he squandered a two-set lead over Rafael Nadal in that championship match. Medvedev also lost to Nadal in the Acapulco semis, preceding Monday’s alarming performance against Monfils.

“Definitely not pressure,” the top seed said when asked if he thought the pressure of trying to stay No 1 was a factor. “I thought it could give me more motivation. I had motivation. It’s just that, yeah, as I say, I didn’t find my best tennis.

“Well, now I know I’m going to lose it, so I have Miami to try to get it back. Usually feeling a little bit better in Miami in terms of tennis, so we’ll try to play good there. You know, I always say, when I play my best tennis — my good tennis — it’s really tough to beat me. But that’s the toughest part of tennis: to reproduce it time after time. That’s where the Big 3 are just unreal, because no matter which conditions, no matter which surface, they are always winning tournaments a lot of the time or winning some crazy matches. Yeah, I’m going to need to try to do better.

“Of course I want to be [in the No 1 spot] for a long time winning many slams, and yeah, you know, be there as many weeks as possible…. So I’m going to try my best, on practice courts, on the matches, Grand Slams, Masters Series…to win as many tournaments and gain as many points and try to be world No. 1 for long time.”