Vasek Pospisil is on a roll! After his runner-up showing last week in Montpellier, the Canadian followed up with a 6-4, 6-3 upset of No. 1 seed Daniil Medvedev in Rotterdam. 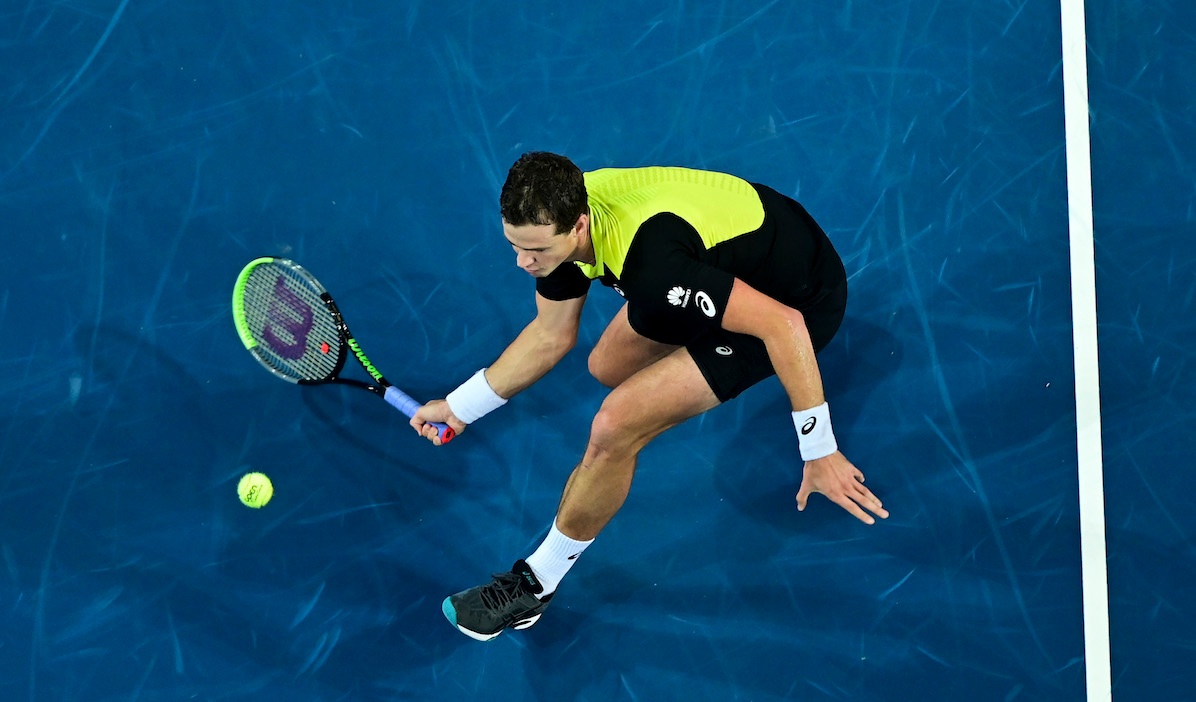 Maybe Vasek Pospisil’s fuel really is maple syrup, after all?

Using a special entry in Rotterdam — perks of making the final with a protected ranking last week in Montpellier — Pospisil took a spot inside the ABN Amro World Tennis Tournament despite his current ranking, world No. 104, being way below the cut.

Fair to say his return on investment is already near-perfect as the Canadian stunned No. 1 seed Daniil Medvedev 6-4, 6-3 for the third top 5 win of his career (Pospisil has wins against #5 Berdych at Washington 2014 and #1 Murray at Indian Wells 2017).

At 4-4 in the first set, Pospisil dug himself out of a 0-40 mini-hole with three consecutive aces.

He then held his serve and broke Medvedev’s to secure the first set 6-4.

Building on his momentum, Pospisil broke the Russian again early in the second set and didn’t face any break points until the end, closing out the match 6-4, 6-3.

The Canadian is now 5-3 against top 20 opponents (and 3-2 against top 10 opponents) since coming back from injury at Wimbledon last year.

Must be the maple syrup, eh?

If you didn't know already…