The Pole wrote his name into several pages of the tennis record books with the Miami Open title – his first-ever Masters crown. 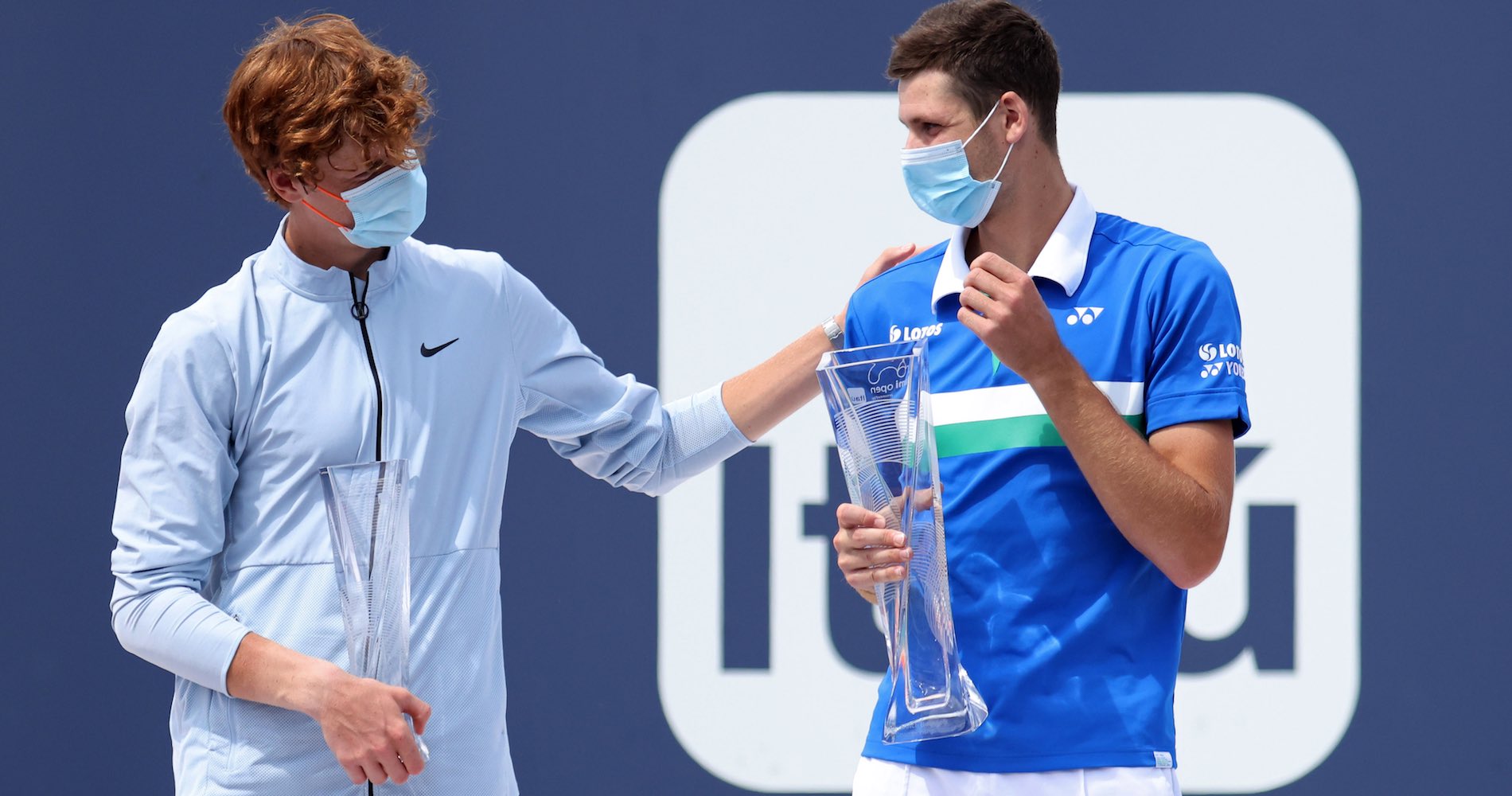 He becomes the first two-time winner on the ATP Tour in 2021 and now breaks into the Top 20 FedEx ATP Rankings to a new career high of No 16.

More than that, the 24-year-old is also the first-ever Polish winner of a Masters 1000 event – and is undefeated in Florida this year, adding Miami to his Delray Beach title.

It was the first time these two players had met on the ATP circuit – despite being good friends and occasional doubles partners.

Hurkacz made by far the brighter start, breaking the Sinner serve straight off. The young Italian was sloppy on his first serve and looked unsettled.

Even when he broke back and gave himself the chance to serve out the first set, he let it slip, allowing Hurkacz to break back to love.

Sinner did look tired but still had some shots in his armoury, in particular hitting some powerful returns.

But the Pole began to run away with the second set, having the chance to go 5-0 up before Sinner steadied the ship, holding serve and breaking back to put himself back within touching distance at 4-2.

But Hurkacz was not to be denied, ultimately seeing the match out on his racquet.

Still, Sinner should not be too discouraged. He is the fourth teenager to reach the men’s final at the Miami Open – and the three others (Novak Djokovic, Rafael Nadal and Andre Agassi) all went on to become world No 1.