Opportunity Missed: Miami Open proved that there is no NextGen ATP alpha dog

With the Big 3 out of action, the 2021 Miami Open presented the perfect opportunity for an established player to assert his dominance. Instead we learned that there may not be a dominant force ready to ascend. 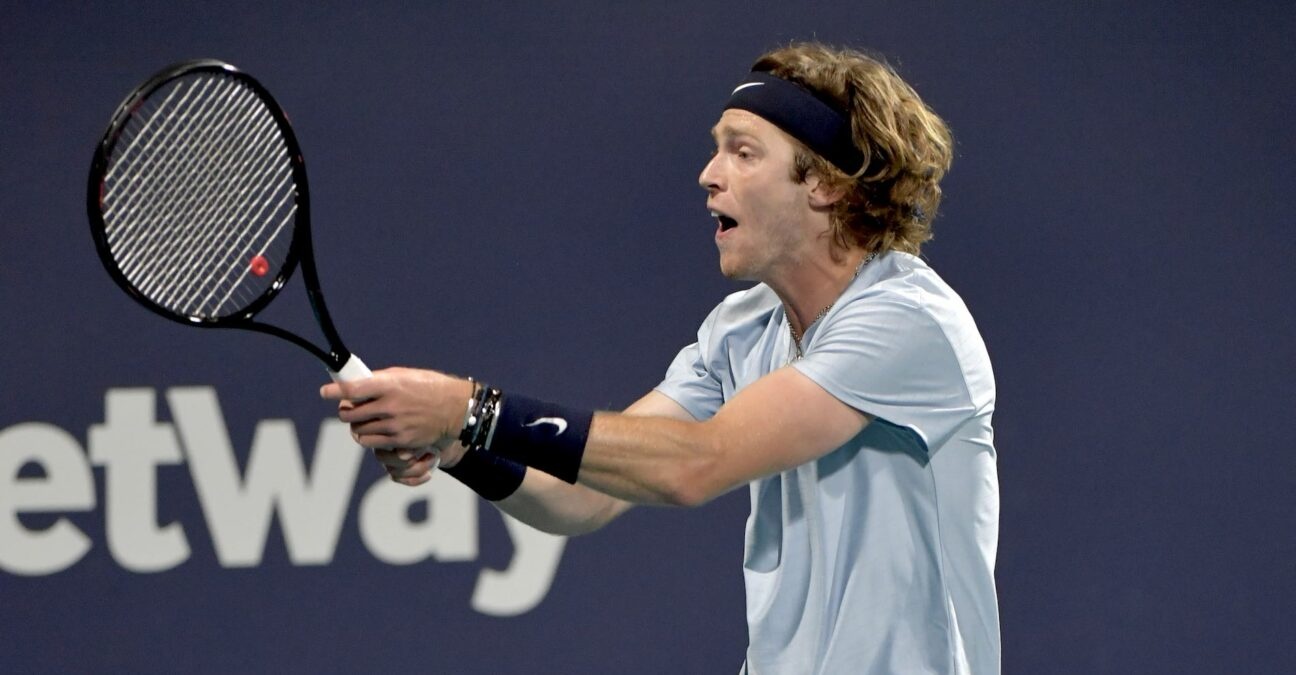 The 2021 Miami Open – the first Masters 1000 draw without a single member of the ATP’s Big 3 participating since the 2004 Paris Masters – was supposed to function as the perfect litmus test for generation next. With Roger Federer, Rafael Nadal, Novak Djokovic and Dominic Thiem all on the sidelines, it presented itself as the perfect opportunity for an alpha dog to step up and set the tone.

Would it be Daniil Medvedev, the new world No 2 and two-time Grand Slam finalist, rising up to prove himself as the alpha male of the bunch? Or would Andrey Rublev, the beast of the ATP 500s, finally expand his empire to the Masters 1000 realm? How about three-time Masters 1000 champion Alexander Zverev or world No 5 Stefanos Tsitsipas? Surely one of the aforementioned four would rise to the occasion and master the Miami Open… 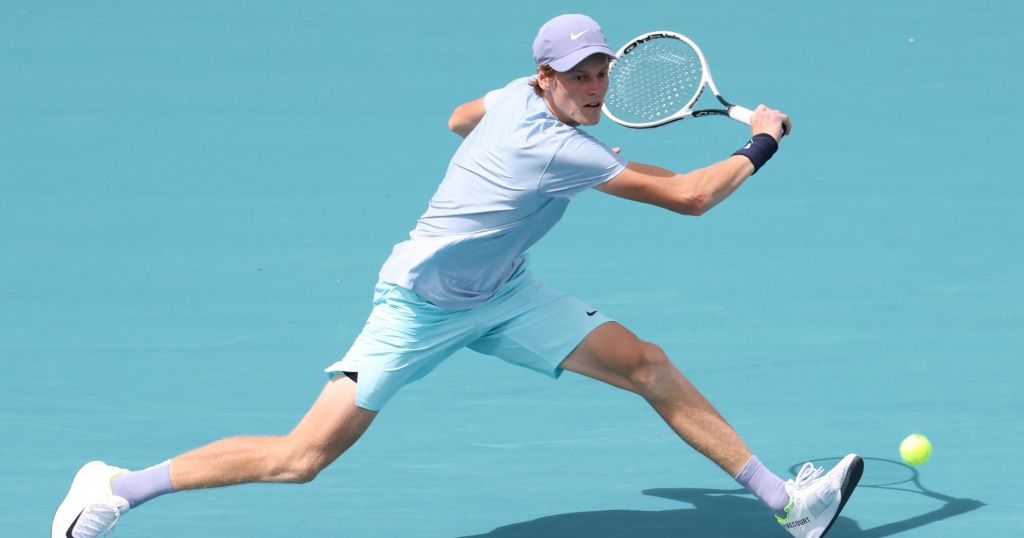 Final answer? None of the above

Instead it was Poland’s Hubert Hurkacz and Italy’s Jannik Sinner who showcased their talents in the final, adding a new wrinkle to the equation and raising the possibility that maybe the next great dominant force in men’s tennis will not emerge for some time. Perhaps the giant shadow of the big three has blocked too much sunlight and therefore stunted the growth of the twenty somethings who wish to rise to supremacy as the Federers, Nadals and Djokovics age out of the sport.

If there is a case to be made as the Miami Open concludes, it is probably best stated by 19-year-old Sinner, who seems to think that the Big Three will remain untouchable until something drastic happens.

“You know, the next generation still has to show that they can beat the big three, you know, because obviously maybe they lose one or two matches, but the next generation that I see is not ready yet to win against them consistently,” said the Italian on Sunday after falling in the final.

Stefanos Tsitsipas is one of the hungriest players on the ATP Tour, and he had a big appetite for a Masters 1000 title, but the Greek failed to take advantage of his opportunity in Miami. Leading Hurkacz by a set and a break in the quarter-finals, Tsitsipas lost the plot and ended up suffering a dispiriting defeat. 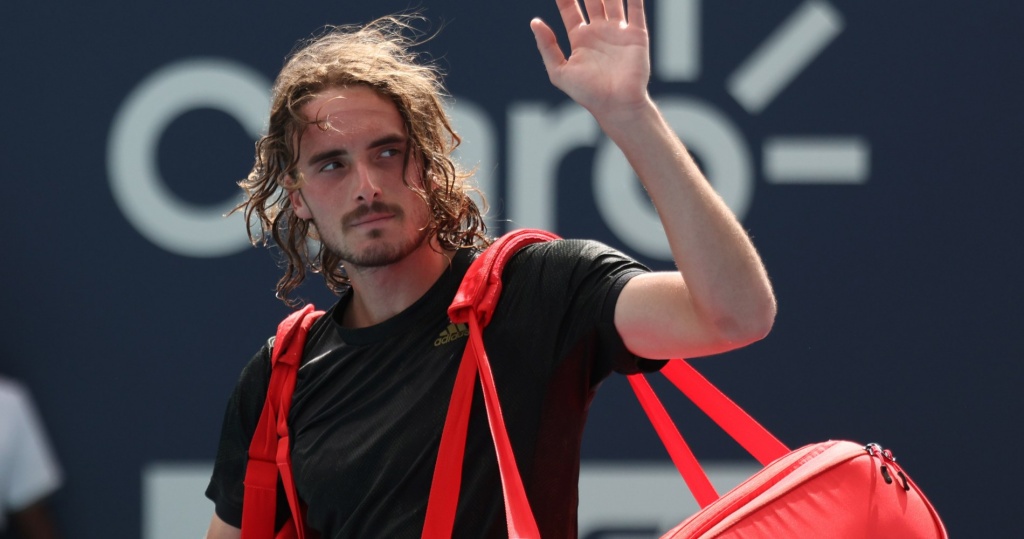 “I felt like it was my opportunity. You know, I could have – I did quite well, but I feel like there was more space for me to show something greater. It’s a disappointing loss. It’s a very disappointing loss. It left out of my hands. I grabbed it. It was there. Everything was under control. And suddenly, I don’t know, self-explosion.”

Tsitsipas, like Medvedev, Rublev and Zverev, was aware that this was a chance to gain status and confidence amongst his peers. Tsitsipas and the others want to develop a certain mystique. They want to give the impression that they are able to handle the biggest moments and rise to the occasion to win prestigious titles. Instead, they all watched their aura dissipate as Hubert Hurkacz became the man of the hour in Miami.

Hurkacz and Sinner join the fray

Instead of four players demonstrating their superiority, Miami gave us surprises. We saw 20-year-old Sebastian Korda emerge as he notched two Top 20 wins in just his second Masters 1000 main draw. We witnessed the arrival of 22-year-old Finn Emil Ruusuvuori, who toppled Alexander Zverev in style in the second round. Later in the week we watched Daniil Medvedev, a three-time Masters 1000 champion just like Zverev, battle valiantly through cramps to get past Alexei Popyrin. He would reach the quarter-finals before falling meekly to Roberto Bautista Agut.

Meanwhile Sinner and Hurkacz stole the show. The Pole, stuck outside of the Top 30 for far too long, stunned Tsitsipas and then overwhelmed Andrey Rublev to book a place in his first Masters 1000 finals. Growing in confidence all the while it is now no longer difficult to see Hurkacz as a future top 10 player. And Sinner, though young, is clearly headed in that direction as well.

As Hurkacz claimed the title, an historic first Masters 1000 singles title for Poland, it was clear that in Miami we learned that the ATP Tour could be a lot more fragmented and unpredictable after the Big 3 are gone.

If there is a NextGen player destined to dominate in the future, he has yet to emerge. More likely, there isn’t one. Buckle in and get ready for a wild decade of men’s tennis.

That’s not necessarily a bad thing at all.

“I think the future of tennis is, it looks great because the generation is changing,” Rublev said after his semi-final loss to Hurkacz. “The NextGen players, they are different. They look different compared to previous ones … I think they have charisma … But all of them have really great games. So we’ll see what’s gonna happen with the time. Time will show.”