Gaël Monfils had the last word against Gilles Simon on Thursday evening in Rotterdam. 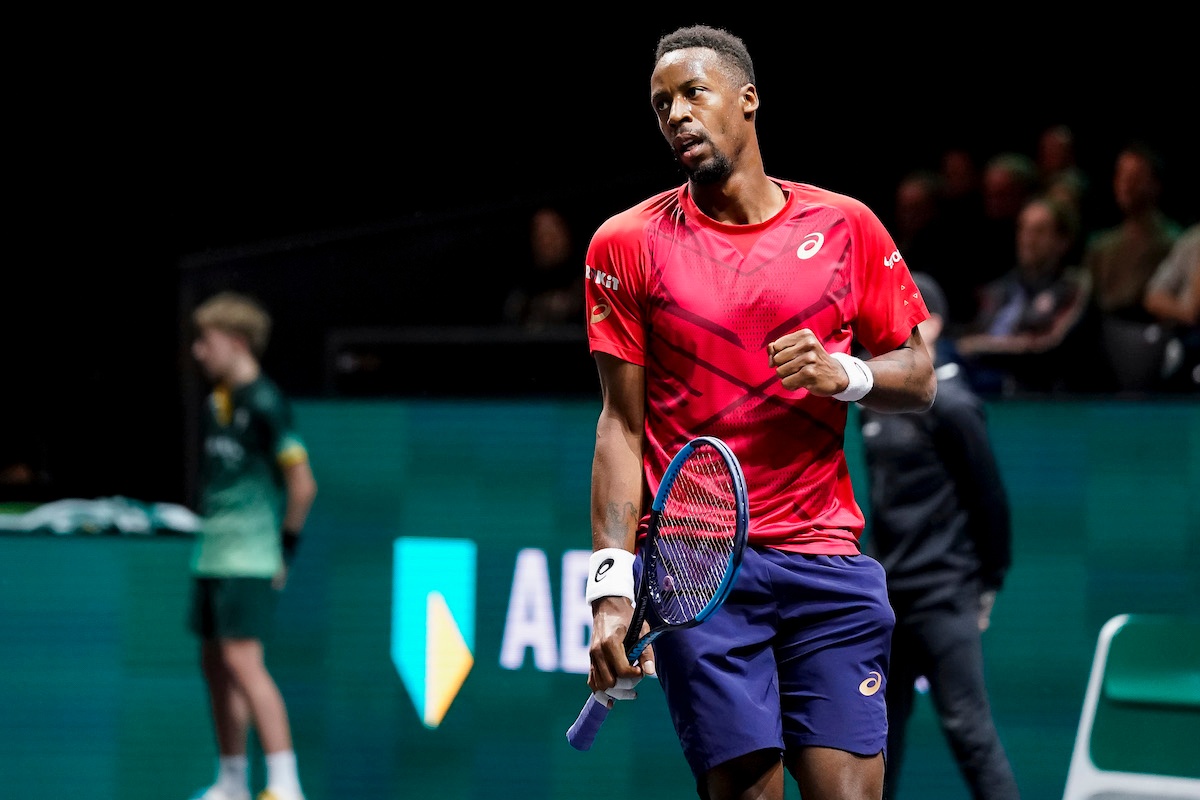 Seeds keep falling, but Gaël Monfils is keeping his head on his shoulders in Rotterdam. On Thursday, he qualified for the quarter-finals by beating his compatriot and friend Gilles Simon in straight sets (6-4, 6-1). The 2019 champion looks good to go again here this week, still full of confidence from his week and title in Montpellier. Down 7-2 in his confrontations with Simon, he had to battle hard in the first set of a match that started with a 33-shots rallye, and where Monfils needed ten minutes to come back to 1-1! Up 3-1, he saw Simon found his way back (3-3) but then reached another gear to get the set with some huge hitting and one-two punch kind of points.

Playing against Gilles Simon often hurts the brain, as the Frenchman brings back so many balls in so many difficult spots again and again and again. So it’s a very good sign for Monfils to see how well he got out of that trap. Same as last week through the Open Sud de France, he was once again extremely focused on what he had to do. And clear-minded enough to switch strategy and gear through the match in order to avoid getting stuck in Simon’s web. He took more risks, he stepped up inside the court and he took the reins of the match.

Dictating everything to make sure there wouldn’t be bad surprises nor marathon-like games that kill both the legs and the brain. He will now face Dan Evans for a spot into the semi-finals. With Medvedev, Tsitsipas, and Goffin gone, Monfils knows he has an opportunity o take to keep his Rotterdam crown. Against Simon, he showed that he was ready to take full advantage of the situation. They’ve faced each other only once before and Monfils won, in Dubai 2017 (6-4, 3-6, 6-1). Let’s see if the third seed can survive the “top players curse” going on in Rotterdam long enough to lift a second trophy in a row!