Just like the main tours on both the men’s and women’s sides, the Challenger Tour was hit hard by the coronavirus pandemic in 2020. Although five months of the calendar were scrapped, a handful of players had time to enjoy a lot of success. 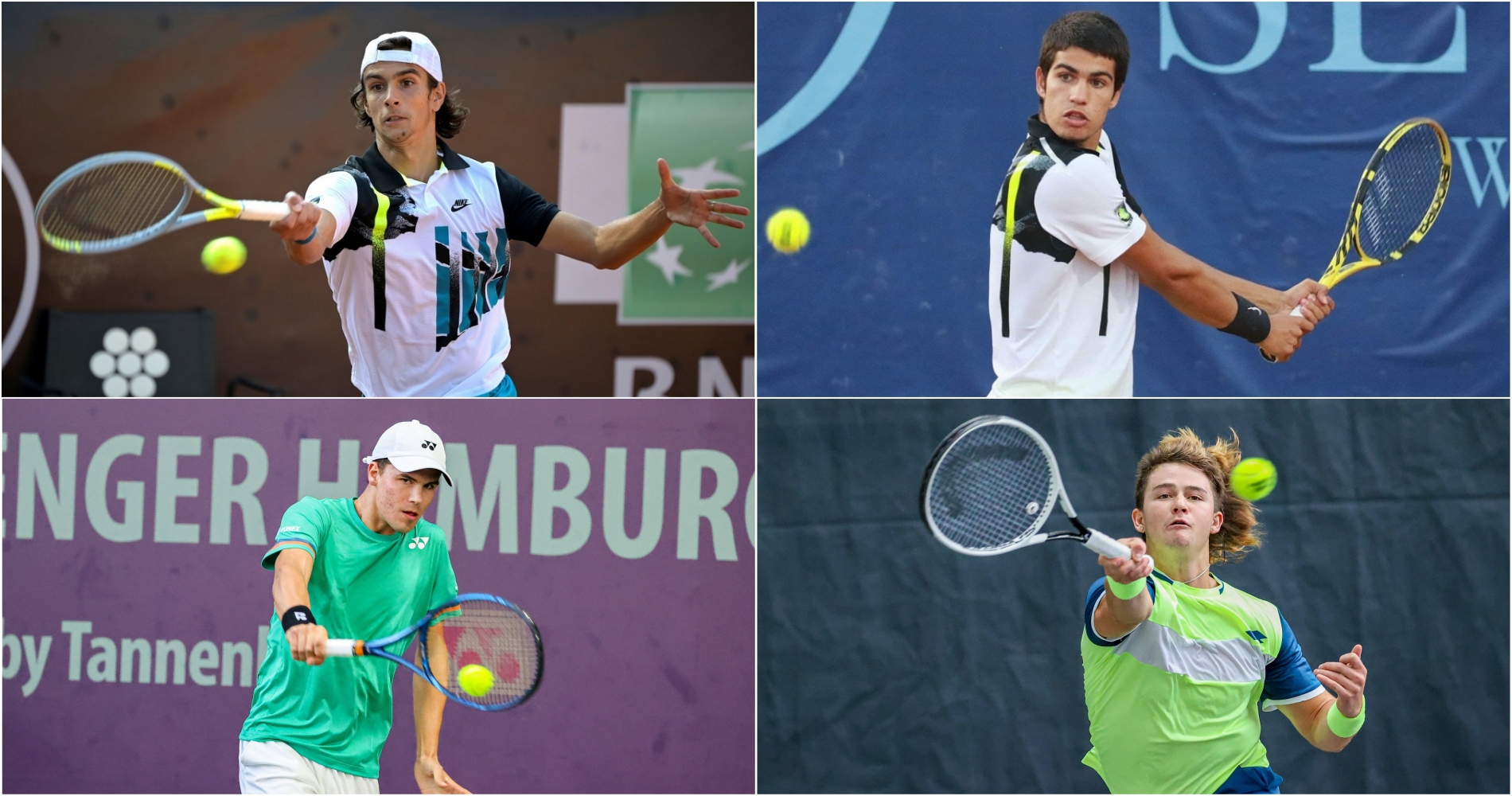 The 2020 Challenger Tour season officially came to end on Sunday, when finals were held in Campinas and Maia. With that, it’s time to look at the most successful Challenger players who not only took a step forward in their careers while away from the main tour but also set themselves up nicely for more productive results next season.

Musetti would have been the main attraction at the 2020 NextGen ATP Finals – at home in Italy, too – but those year-end festivities obviously got cancelled because of the coronavirus. Still, the teenager had a chance to excel in his home country. At the Rome Masters, he made a run to the third round as a qualifier. He also reached the semi-finals of a 250-point tournament in Sardinia. At the Challenger level, Musetti lifted a trophy in Forli to go along with a quarter-final result in Cardenons and a semi-final showing in Trieste. He is tipped to be one of 2021’s true breakout performers. 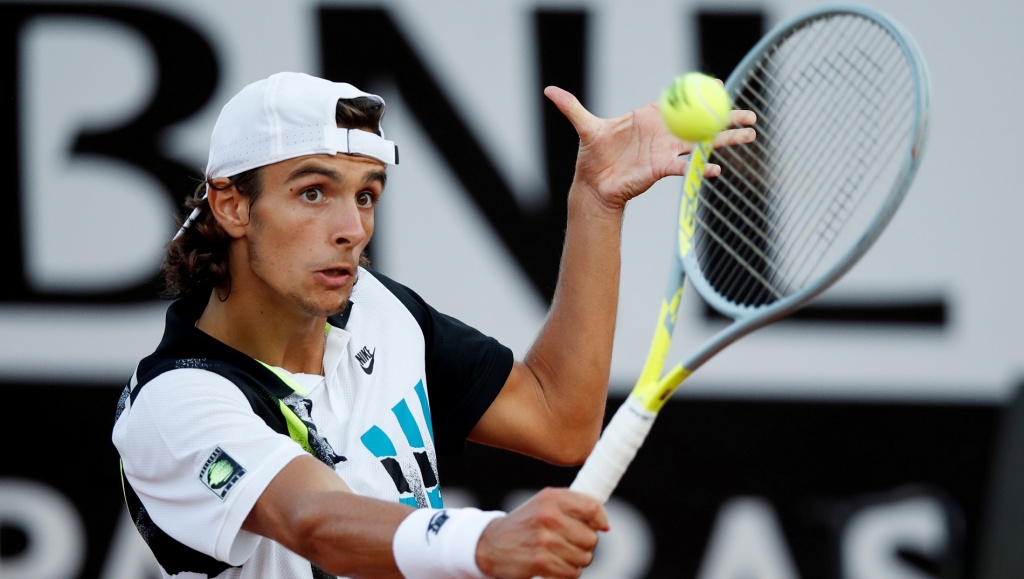 Like Musetti, Alcaraz is one of the bring young stars in the game. He also would have been one of the headliners in Milan, although at just 17 years old he will still be eligible for many NextGen ATP Finals appearances. Alcaraz picked up his first ATP-level victory (d. Albert Ramos-Vinolas in Rio de Janeiro) during a brilliant first two months of the season. He preceded that result with consecutive Futures finals (won two, lost one). Following the hiatus, Alcaraz captured Challenger titles in Trieste (d. Musetti in the semis), Barcelona, and Alicante. 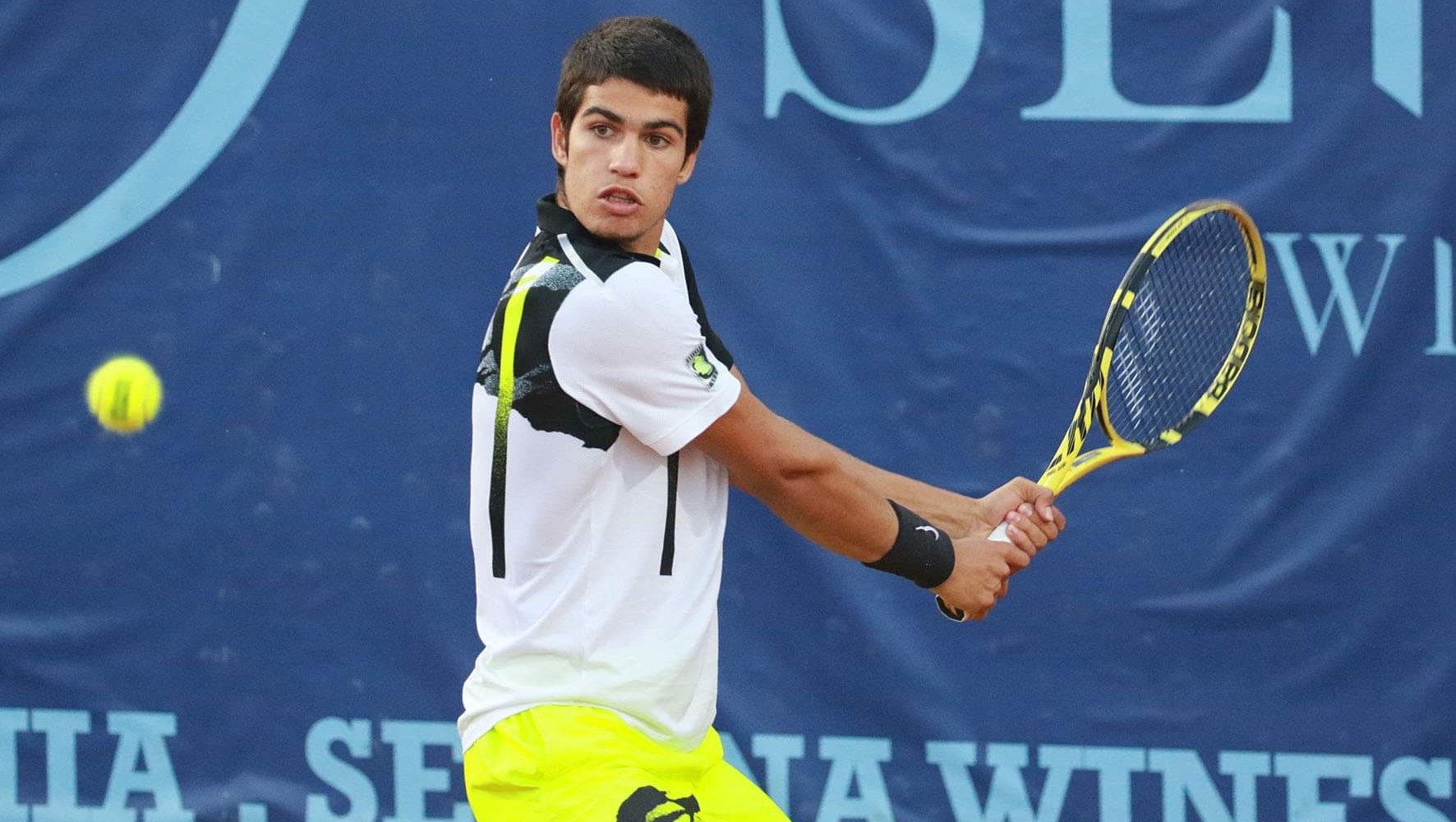 – Age: 22
– Country: Germany
– Ranking at start of 2020: No 276
– Ranking at end of 2020: No 130
With wins over Feliciano Lopez, Jan-Lennard Struff and Matteo Berrettini, Daniel Altmaier made a name for himself at Roland-Garros with three storming wins as he reached the last 16, eventually stopped by Pablo Carreno-Busta. The German also made the semi-finals at four Challenger Tour events (Ann Arbor, Launceston, Cordenons and Aix-en-Provence) and reached two quarter-finals (Bangkok and Morelos), showing off his beautiful one-handed backhand. Expect him to progress to a more regular slot on the ATP Tour in 2021.

Francisco Cerundolo finds himself at a career-high ranking after winning three titles on the Challenger Tour in 2020. He tasted victory in Split in September and he finished the year in style by winning two titles in three weeks. First he won in Guayaquil, Ecuador and then he lifted the trophy in Campinas, Brazil, where he beat Roberto Carballes Baena in the final, having also knocked him out in the semis in Ecuador. The Argentine has never won a match on the main tour, but plenty of lower-level success has him in sight of the top 100.

Ivashka is a relatively well-known name on the main tour. After all, he was won 27 matches at the ATP-level in a professional career that dates back to 2013. Nonetheless, he spent more than half of his time in 2020 on the Challenger circuit in an effort to keep his ranking near the top 100 and gain direct entry into Grand Slams. Ivashka ended the season in great form, with a title in Istanbul, a quarter-final finish in Eckental, and another title Ortisei. He also had two other quarter-final efforts (Bengaluru and Ostrava). At No 107 in the world, Ivashka will likely split time between ATP events and Challengers again in 2021.

Roger Federer wasn’t the only Swiss who benefited from the coronavirus hiatus in terms of not losing ground on the rest of the field. Huesler was also sidelined with an injury (foot) and he did not play a single match before tennis returned in August. To say he made up for lost time would be a gross understatement. The Zurich native captured back-to-back Challenger titles (Sibiu, Ismaning) in September and October while also reaching the quarter-finals in Eckental. Moreover, Huesler made some noise on the main tour. He advanced to the Kitzbuhel semis as a qualifier before making it to the Sofia second round — also as a qualifier.

Not to be outdone by Huesler, Karatsev was also somewhat relevant on the main tour late in the year. He reached the second round in St. Petersburg, qualified in Nur-Sultan, and made it to the second round in Sofia as a qualifier. But it was on the Challenger Tour where Karatsev was an absolute force. He finished runner-up in Bangkok in January, returned from the hiatus to make another final appearance in Prague, went one step further with a title in Prague the following week, and then made it back-to-back titles the week after that in Ostrava. Needless to say, Karatsev has a ton of momentum going into 2021.

Wolf returned from the coronavirus hiatus like gangbusters, qualifying for the Cincinnati main draw and then making a run to the U.S. Open third round with the first — and only — two ATP-level wins of his career. Prior to those moments, however, it was on the Challenger Tour where Wolf was doing his damage. He kicked off his season with a title in Noumea and also triumphed in Columbus two months later. In other words, Wolf played well both before and after the five-month layoff. If he can play a full season in 2021, watch out….

Johnson is the player on this list who has been the most well-known for the longest amount of time. The former college standout (like Wolf) endured some major struggles in 2018 and 2019, so he went back to the Challenger Tour at the start of 2020 to resurrect his career. He won two titles in Bendigo and Indian Wells, the latter of which was the last tournament prior to the five-month hiatus. Johnson also reached the quarter-finals of another event in Bendigo and the semis in Newport Beach. At No 72 in the world, he should be back on the main tour full-time in 2021. 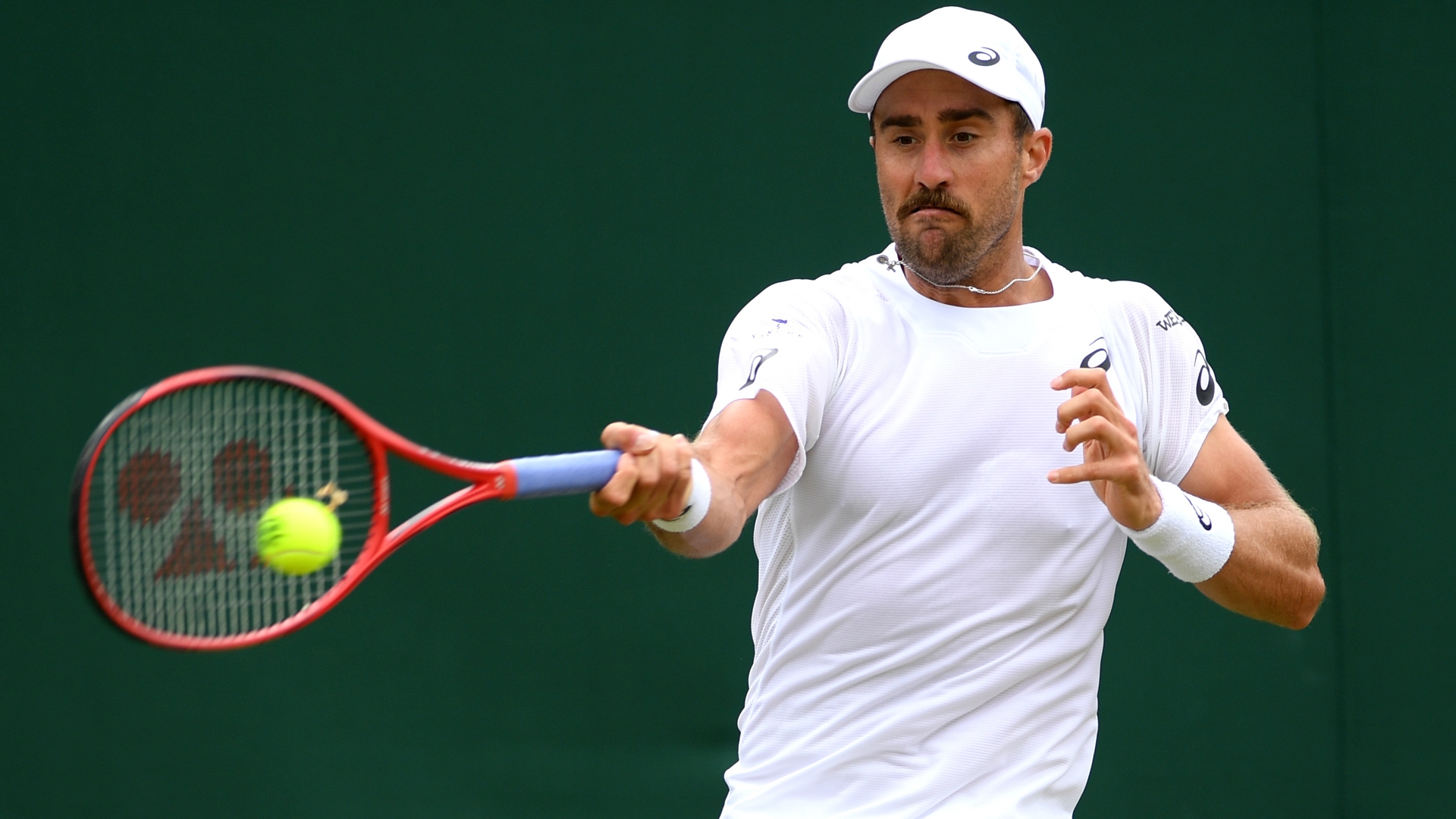 Taro Daniel will be a familiar name to many, having won his first and to date only ATP Tour title in Istanbul in 2018. The Japanese has been ranked as high as No 64 in the past, and even took a set off Rafael Nadal at Wimbledon one year. Rabked 110 at the end of 2019, he was on the fringes of the main ATP Tour in 2020 but played more on the Challenger Tour, where he won two titles, at the start of the year in Burnie, Australia and then in Hamburg in October.

Jurij Rodionov ended the year ranked 144, just three places below his career-high mark, after a successful stint on the Challenger Tour. Most of his success came before the Tours locked down in March, beating Andreas Seppi and Denis Kudla on indoor hard courts on the way to the title in Dallas in February and then in Morelos, Mexico, the following month, he took a second title on outdoor hard courts. He also qualified for and won a round at Roland-Garros and looks well on his way toward a place in the top 100. 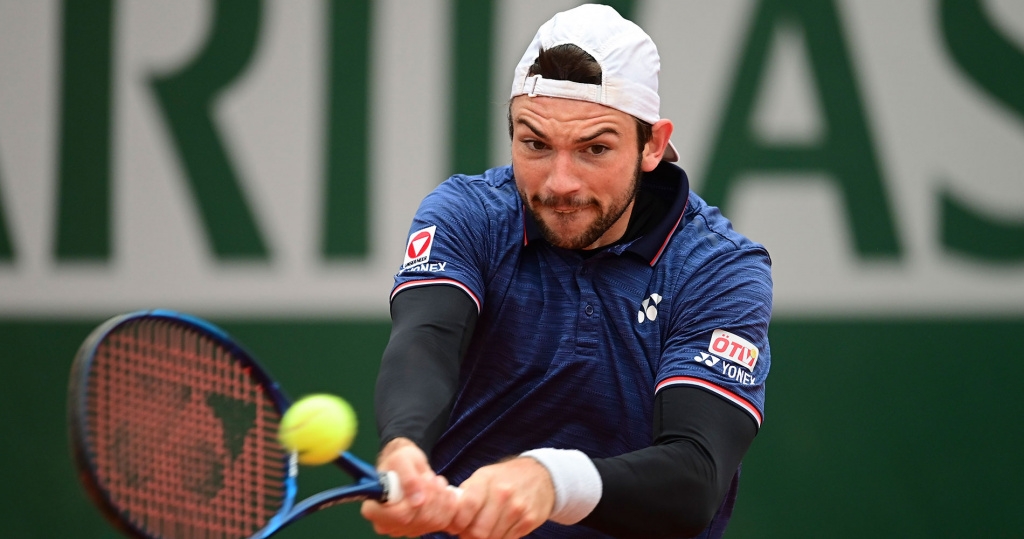 Like so many French players, Rinderknech has taken his time to find his way on the professional Tour but at 25, he reached his highest-ever ranking of 156 in August. He won two titles on the Challenger Tour in 2020, on home soil in Rennes in January and in Calgary the following month, while he also reached the final in Drummondville, Canada. He received a wildcard into the main draw at Roland-Garros, and took the second set off then world No 56 Aljaz Bedene before going down in four sets.

The first player to claim his maiden title in 2020 is… Arthur Rinderknech!