Lorenzo Musetti continued to impress in Cagliari, while Marbella took in the talents of another teenaged ATP Tour star in Carlos Alcaraz. 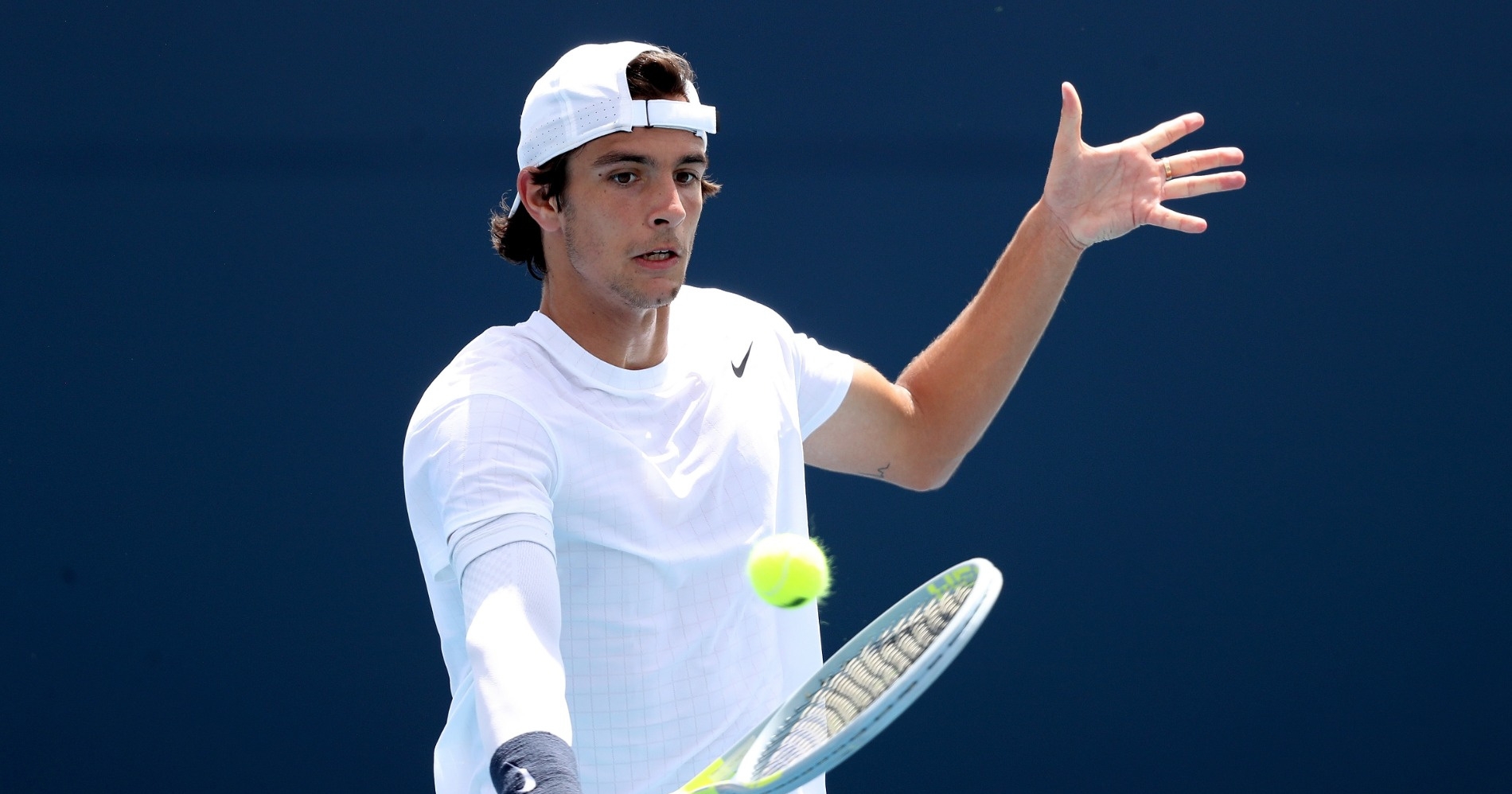 Two teenagers lit up the ATP Tour on Tuesday as Lorenzo Musetti raced through at the Sardegna Open and Carlos Alcaraz advanced in Marbella.

Musetti, 19, produced arguably the standout result of the day as he dismantled Dennis Novak, wrapping up a 6-1 6-0 win in just 53 minutes.

“It was an incredible match,” said Musetti, who has been in impressive form of late and moved to 6-2 for the year.

The one-handed backhand is in safe hands…

The Italian reached the last four in Acapulco, where ninth-ranked Diego Schwartzmann fell at his racket as he earned his fist career top 10 win.

He added on Tuesday: “From the beginning, I felt so comfortable on the court and hitting the ball. I had really good feelings.”

Musetti will face top seed Dan Evans next in Cagliari, where Jan-Lennard Struff had to save five match points before finally seeing off Joao Sousa.

None of the seeds followed Monday losers Guido Pella and Tommy Paul out of the tournament, as John Millman also triumphed. Gilles Simon shook off Stefano Travaglia.

At the Andalucia Open, 17-year-old Alcaraz insisted he still saw room for improvement despite setting up an exciting meeting with veteran compatriot Feliciano Lopez.

Sixth seed Lopez, who turns 40 in September and made his professional bow six years before Alcaraz was born, will be wary of the threat of the self-critical prospect, a 7-6 (7-3) 6-3 winner against Nikola Milojevic.

“I have played a great match and above all I have been with a very high intensity from the beginning to the end,” wildcard Alcaraz said, quoted on the ATP website. “If I had to give myself a grade, it would be a nine [out of 10], because you can always play better.”