Lorenzo Musetti scores the first top-10 win of his career by taking out Diego Schwartzman on Tuesday night in Acapulco. Musetti’s previous biggest victory had come at the expense of Stan Wawrinka at the Rome Masters. 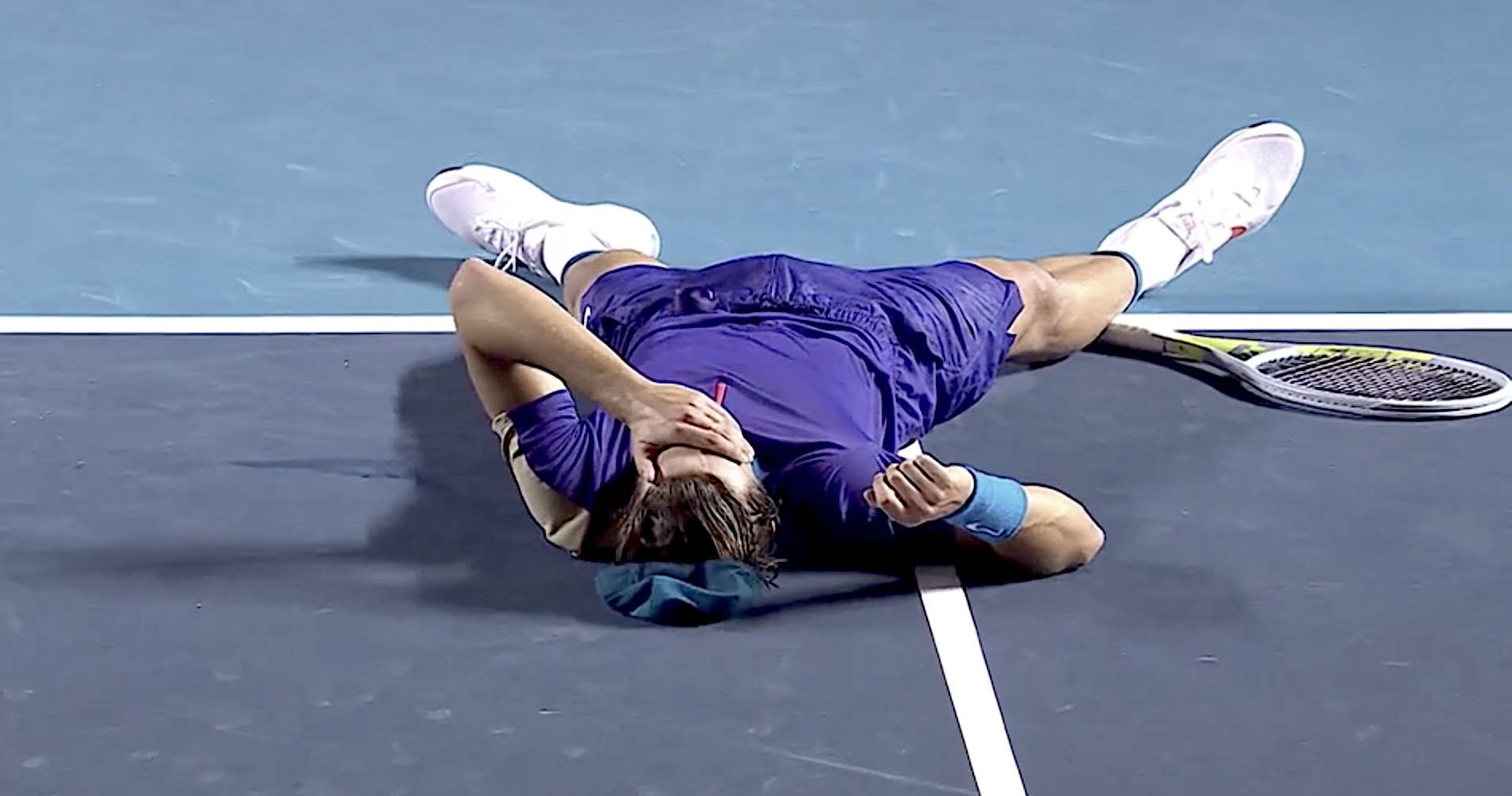 Lorenzo Musetti was one of the breakout stars in 2020, even though his time on the main tour was brief. 2021 is shaping up to be an even bigger and better season for the 19-year-old.

Musetti defeated a top-10 opponent for the first time in his blossoming career when he upset Diego Schwartzman 6-3, 2-6, 6-4 in round one of the Abierto Mexicano Telcel on Tuesday. The Italian struck 13 forehand winners and made only nine backhand errors while prevailing in two hours and 22 minutes. He also fired six aces to Schwartzman’s zero.

Drama at the finish

Schwartzman was the recent champion in Buenos Aires, but he had few answers for Musetti on the hard courts of Acapulco. Although the world No 9 broke in the fifth game of the match, he dropped each of his next two service games to throw away the set. Schwartzman hit back in the second by rolling through it with a pair of breaks, but momentum evaporate quickly in the decider. The Argentine found himself in holes of 4-0 and 5-1.

However, it would not be easy for Musetti to cross the finish line. The world No 120 saw three match points go by the wayside with Schwartzman serving at 1-5 and then he got broken at 5-2, squandering one more match point. After Acapulco’s third seed held easily for 4-5, the pressure was firmly on Musetti’s shoulders. Another match point came and went following an incredible rally from the back of the court, but the underdog finally converted on his sixth chance when Schwartzman netted a backhand. 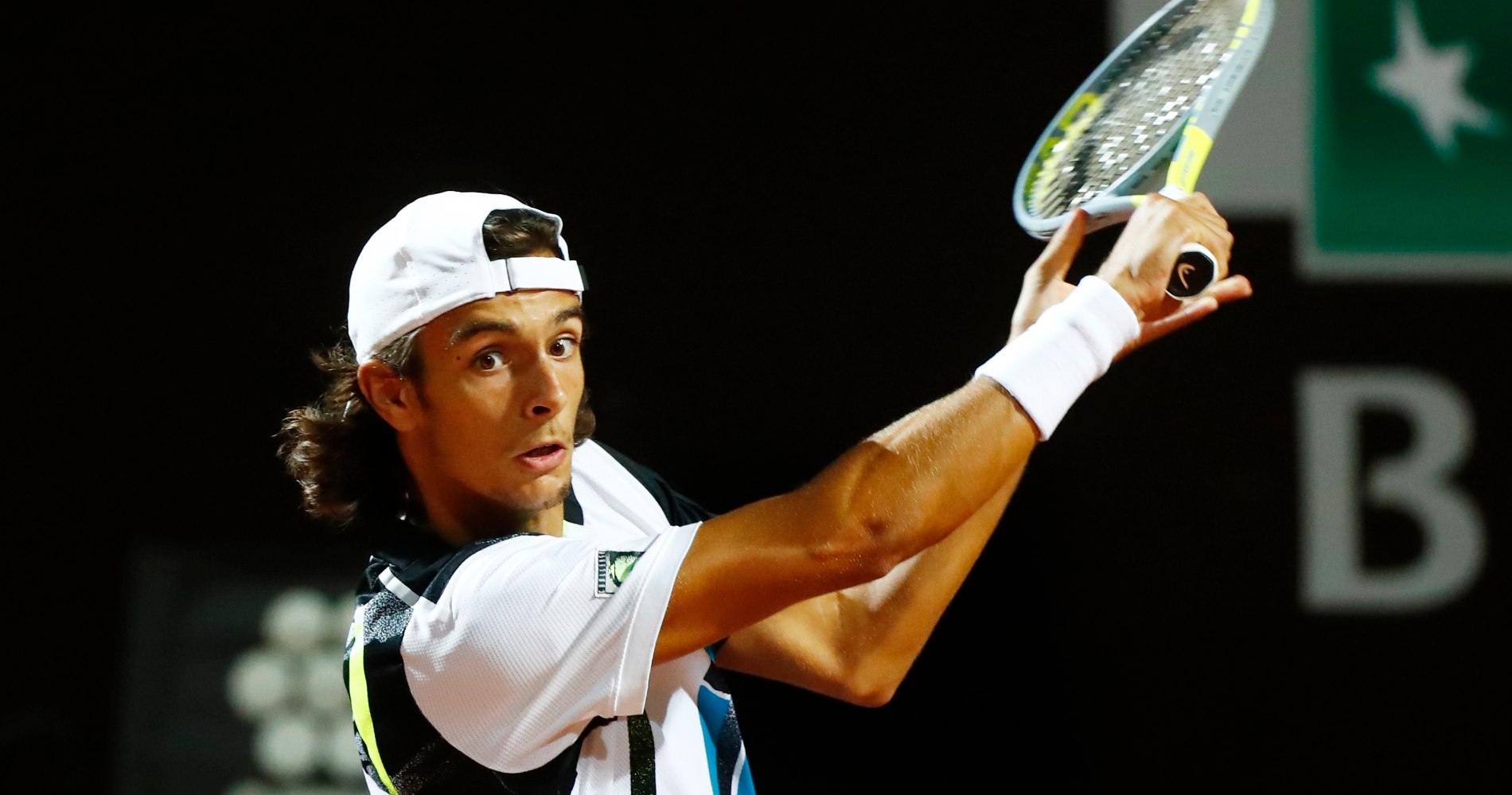 “Of course behind (the scenes) there is a lot of work, a lot of sacrifice,” Musetti reflected. “In the end there were some tears. I’m really proud of myself…. At the beginning I was a little bit nervous. He broke me, then I broke him and I started to move a little bit better and was a little bit more relaxed. My forehand was the key. He’s a great player, but tonight I gave one of my best matches ever.

“I was born on clay — in Italy — but I’ve been feeling really good since the first day in Acapulco. I like the conditions. I think I’m going to play better and better every day…. Now I’m going to work harder and focus on the next days.”

Although this result has to be considered a surprise, it certainly did not come out of nowhere. Musetti announced himself on tour in 2020, climbing from No 360 to No 128 even though five months of the year were lost because of Covid-19. He would have been the main attraction at the 2020 NextGen ATP Finals at home in Italy (Milan), but that event was cancelled. Nonetheless, Musetti took advantage of the Rome event by making a run to the third round as a qualifier. He also reached the semi-finals of a 250-point tournament in Sardinia. At the Challenger level, Musetti lifted a trophy in Forli to go along with a quarter-final result in Cardenons and a semi-final finish in Trieste.

With Tuesday’s win, Musetti is expected to climb to 114th in the rankings and another victory would likely add another six spots to his number (108).