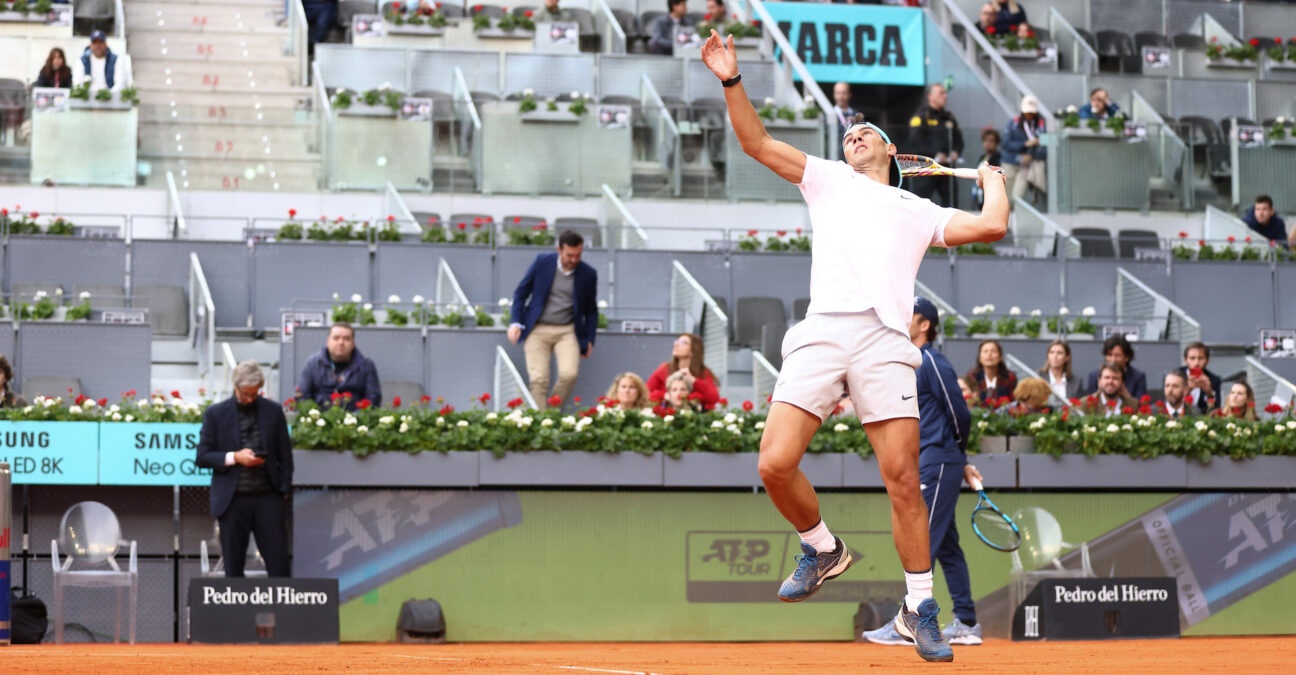 For all the discussions about the form of Novak Djokovic and the rise of Carlos Alcaraz, there is no question who most fans in Madrid are looking forward to seeing when the Mutua Madrid Masters gets underway this weekend.

The return of Rafael Nadal, Spain’s favourite son, was confirmed earlier this week and though the Spaniard may be a little short on preparation after four weeks of rehabilitation following a fractured rib, the arrival of the 21-times Grand Slam champion has everyone in the Spanish capital understandably excited.

It will be the 19th time Nadal has played in Madrid, a tournament he has won five times, the most recent coming in 2017.

One month short of his 36th birthday, Nadal leads the calendar-year ATP Race with 20 wins and just one defeat, that loss coming in the final in Indian Wells, when he played against Taylor Fritz in pain, the diagnosis coming through later that he had fractured a rib in the semi-final win over Alcaraz.

“Despite having a short preparation and facing a difficult event, I can’t wait to play at home, where we don’t have many chances to do so,” Nadal said in a Tweet, confirming his participation in the year’s fourth ATP Masters 1000 event. “I’ll try to do my best. See you in Madrid!”

Nadal will be the No 3 seed in Madrid behind Djokovic, making his own way back after missing the Australian Open, Indian Wells and Miami, for very different reasons, and Alexander Zverev.