Spain clinched a 2-1 victory over Belgium in the ATP Cup quarter-finals after Rafael Nadal made up for losing his singles match. 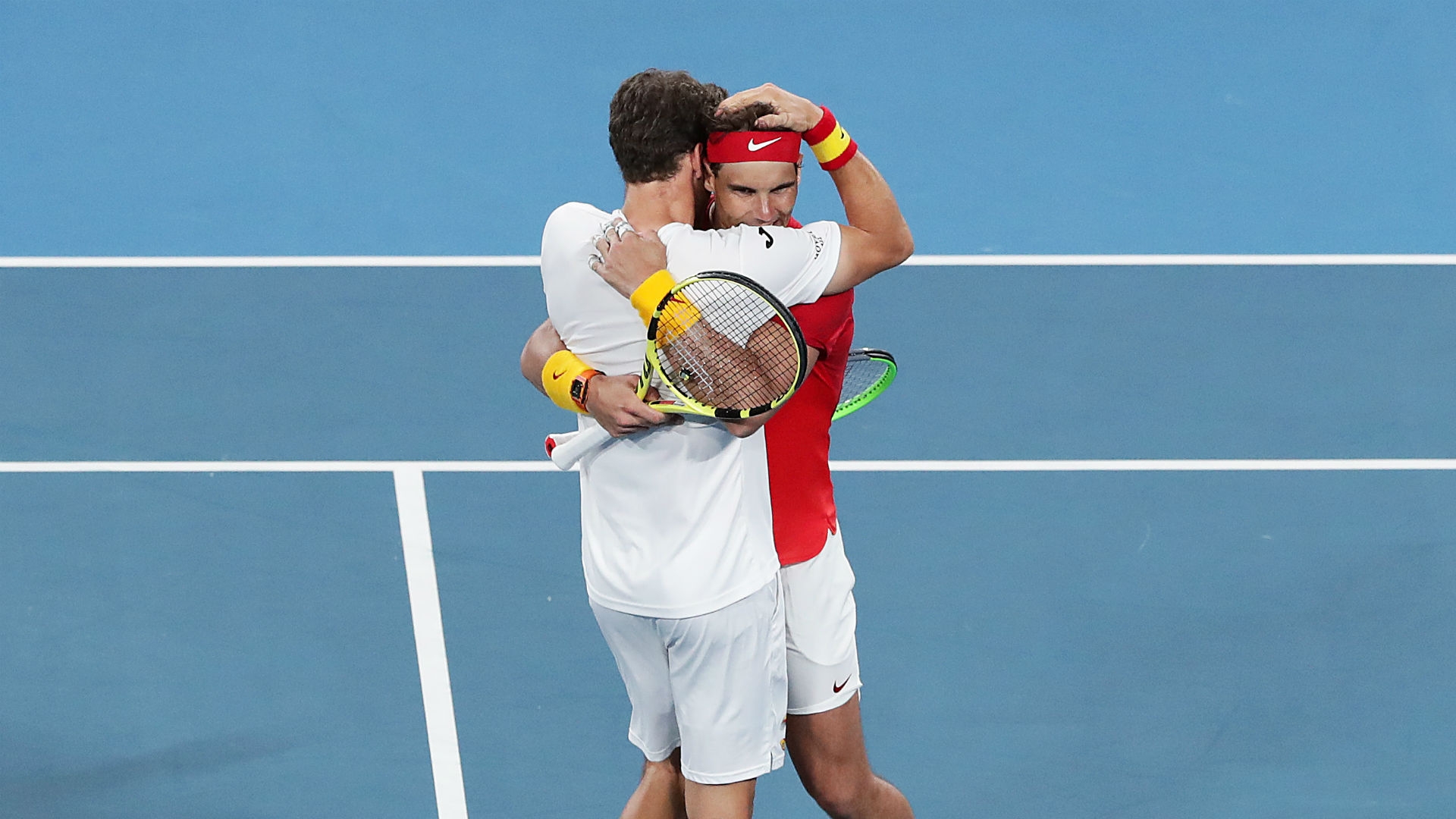 Rafael Nadal made up for losing his singles rubber to David Goffin by helping Spain clinch a vital doubles victory over Belgium, ensuring they joined Novak Djokovic’s Serbia in the ATP Cup semi-finals.

Goffin claimed just his second success over the 19-time major champion, producing an efficient attacking display to take a 6-4 7-6 (7-3) triumph.

Nadal returned to Ken Rosewall Arena for the decisive doubles match alongside Pablo Carreno Busta, but they failed to convert a set point before surrendering the opener to Sander Gille and Joran Vliegen.

Spain forced a match tie-break after a video review showed Vliegen struck the ball before it crossed the net and with momentum on their side, Nadal and Carreno Busta surged to victory.

Nadal found the corner with a tremendous forehand from the baseline for the first mini-break and a double fault from Gille gave them a second. A double fault from Vliegen sent Spain through to a showdown with Australia on Saturday.

“They [Belgium] have been here for 10 days, for us it’s the first day. Well done to them, a great level of tennis … We are super happy to be in the semi-finals.”

Dusan Lajovic got Serbia, who received raucous backing from the crowd in Sydney, off to a great start by claiming a 6-4 6-2 victory over Felix Auger-Aliassime in an hour and 39 minutes.

Canada were consequently relying on Denis Shapovalov beating Djokovic in the second singles rubber to remain in the competition and hopes were high when he took the opening set of a heated encounter.

The world number two had to save three break points to avoid falling behind early in the second set, but his hold of serve kick-started a run that saw him reel off five straight games to force a decider.

Shapovalov received a code violation for unsportsmanlike conduct after reacting to boos from the crowd by swearing, though chair umpire Carlos Bernardes later told spectators who continued to jeer the Canadian to “go home”.

The 20-year-old showed tremendous character to fight back and take the match to a final-set tie-break after Djokovic jogged to the stands to provide an unwell fan with water while serving for the victory.

Serbia finished off a 3-0 victory when Nikola Cacic and Viktor Troicki defeated Peter Polansky and Adil Shamasdin 6-3 6-2 in just 58 minutes. They face Russia in the semi-finals.