Nadal dominates again in Rome, this time against Lajovic

Rafael Nadal rolls into the Rome quarterfinals with a straight-set victory over Dusan Lajovic on Friday. The No 2 seed awaits Diego Schwartzman on Saturday. 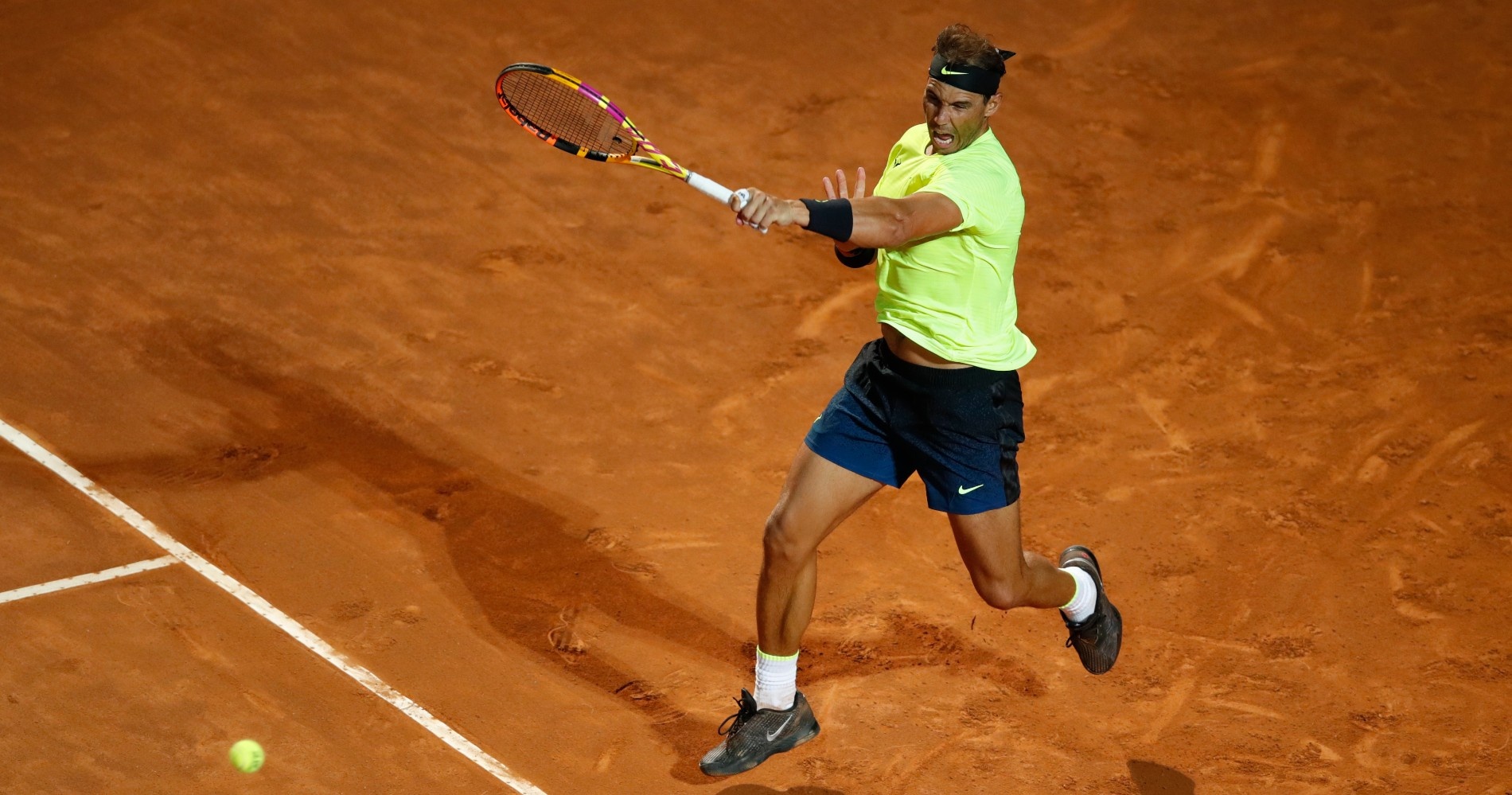 Rafael Nadal steamrolled into the quarterfinals of the Internazionali BNL d’Italia on Friday night after crushing Dusan Lajovic 6-1, 6-3. Nadal preceded that result with a 6-1, 6-1 beatdown of fellow Spaniard and US Open semi-finalist Pablo Carreno Busta, so the nine-time Rome champion is looking poised to make it 10 titles at the Foro Italico.

Of course, there are three matches to go until he can think about lifting the trophy — and Nadal has never been one to look ahead. But the world No 2 sure is looking formidable, as usual, on his favorite surface.

After trading breaks with Lajovic in the second and third games of the match, Nadal took control by winning a marathon game served by the Serb to break for 3-1. The 34-year-old did not lose another game until his opponent held while trailing 4-0 in the second set. That actually began a streak of three straight games for Lajovic, but Nadal quickly restored order to the proceedings with a hold for 5-3 and a break to wrap things up in style after one hour and and 30 minutes.

Moving closer to 🔟 titles in Rome 🏆

🇪🇸 @RafaelNadal reaches his 15th @InteBNLdItalia QF with a 6-1, 6-3 win over Lajovic. pic.twitter.com/JSolEHkjRo

“First set it was 6-1 but super tough beginning of the match,” Nadal reflected. “I know Dusan can produce great shots; he’s a player with a lot of spin and a lot of power. I needed consistency and to make him play from uncomfortable positions…. To start the tournament with these victories is great news.”

Next up for the 19-time Grand Slam champion is Diego Schwartzman, who defeated Hubert Hurkacz in three sets.

“Always has been very tough against him,” Nadal said of the Argentine. “I know I will have to play well if I’m going to have a chance.”