Rafael Nadal cruised to an easy victory over birthday boy Carlos Alcaraz in the long awaited first meeting of the King of Clay and the teen talent. 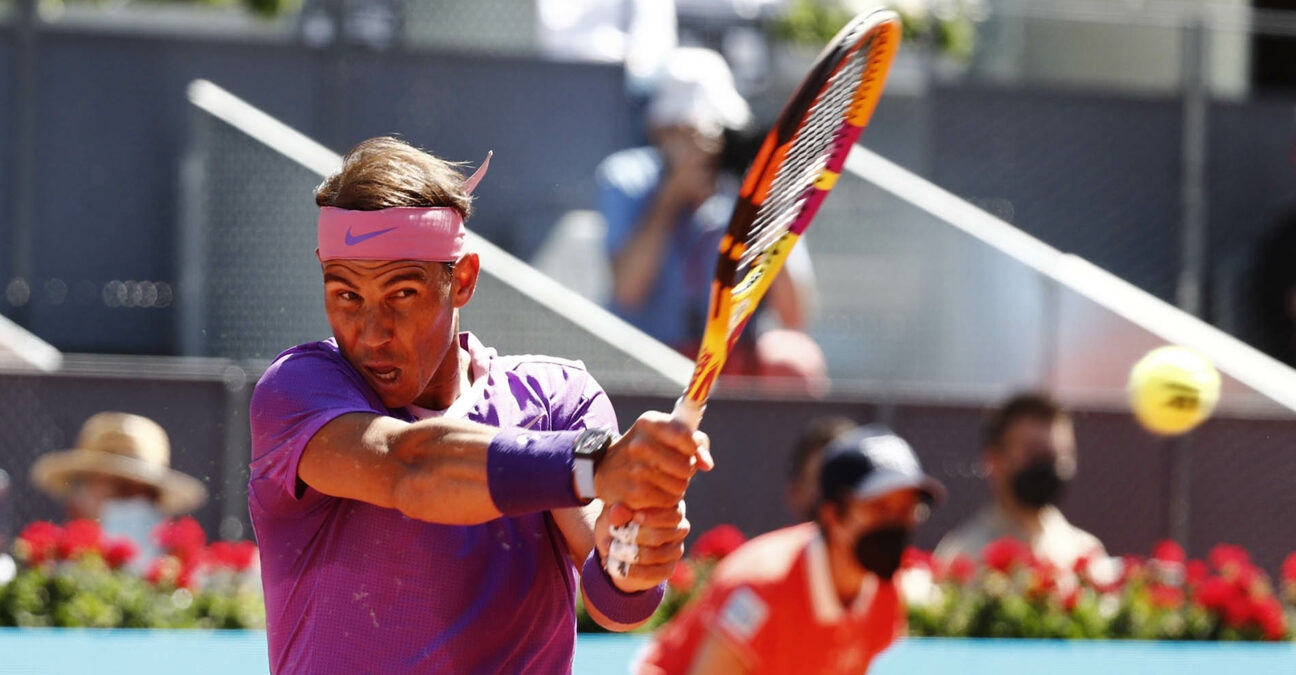 18-year-old Spanish sensation Carlos Alcaraz celebrated his birthday on Wednesday at the Magic Box in Madrid. But he did not get a gift from Rafael Nadal. The Spaniard gave him a lesson instead. Nadal ran roughshod over the 18-year-old heir apparent, 6-1, 6-2, and scorched 13 winners against just 8 unforced errors to prevail in one hour and 17 minutes.

“Was not the day to give him birthday present, no?” Nadal said in an interview on court after the match.

Alcaraz, a rising sensation with oodles of upside, provided moments of stellar tennis and his trademark raw firepower, but he was no match for Nadal on this day. As his errors crept up and Nadal’s service breaks came with regularity (Nadal converted 5 of 7 break points), the match quickly got away from Alcaraz. The 18-year-old, who was bidding to become the youngest player to ever defeat the great Nadal on clay, produced 7 winners against 28 unforced errors, and dropped to 7-8 on the season.

He’s going to be amazing: Nadal on Alcaraz

Billed as an enticing matchup between the King of Clay and the next great Spanish star, Nadal made sure he sent the message early: no charity. The Spaniard staked himself to a 5-0 lead before Alcaraz got on the board, and Nadal displayed very solid tennis to keep Alcaraz at bay the rest of the way.

After the contest, and moments after Madrid Open tournament director Feliciano Lopez had presented Alcaraz with a birthday cake on court, Nadal offered up some praise for the world No 120’s game.

“It’s great to be back here playing in Madrid, in front of this amazing crowd, enjoy it a lot,” said Nadal, adding about Alcaraz: “I wish him all the very best, he’s a great guy and a great player already, but going to be amazing, I think. So it’s been an important victory for me.”

Nadal said he had to play extremely well to win so easily. And after the match he gave his positive assessment of Alcaraz’s blossoming game.

“When somebody at his age is able to do the things that he’s doing is because you have something special, no?” Nadal said. “And at the same time, he’s humble enough to keep working. He’s passionate about the game. So I really believe that he gonna be able to burn cycles very soon, very fast. I really believe that he’s a complete player. I mean, he’s brave, he’s able to go to the net very often. Great forehand, great backhand.

“Of course needs to improve a little bit the serve, but he’s just 18 today, so he has plenty of time. As I said, he’s humble enough and he’s a hard worker, so I don’t have a doubt that he will do it, no?”

Loving Madrid, no matter the altitude

Five-time champion Nadal can next look forward to a round of 16 matchup with Alexei Popyrin of Australia. The No 76-ranked qualifier upset Italy’s Jannik Sinner 7-6(5), 6-2 to book his spot in the round of 16 at a Masters 1000 for the first time.

Nadal may not feel as comfortable on the fast-playing surface of Madrid than he does at other clay-court venues, but he is looking forward to relishing in the crowds’ enthusiasm and feeding off the energy of the place as he progresses through the draw.