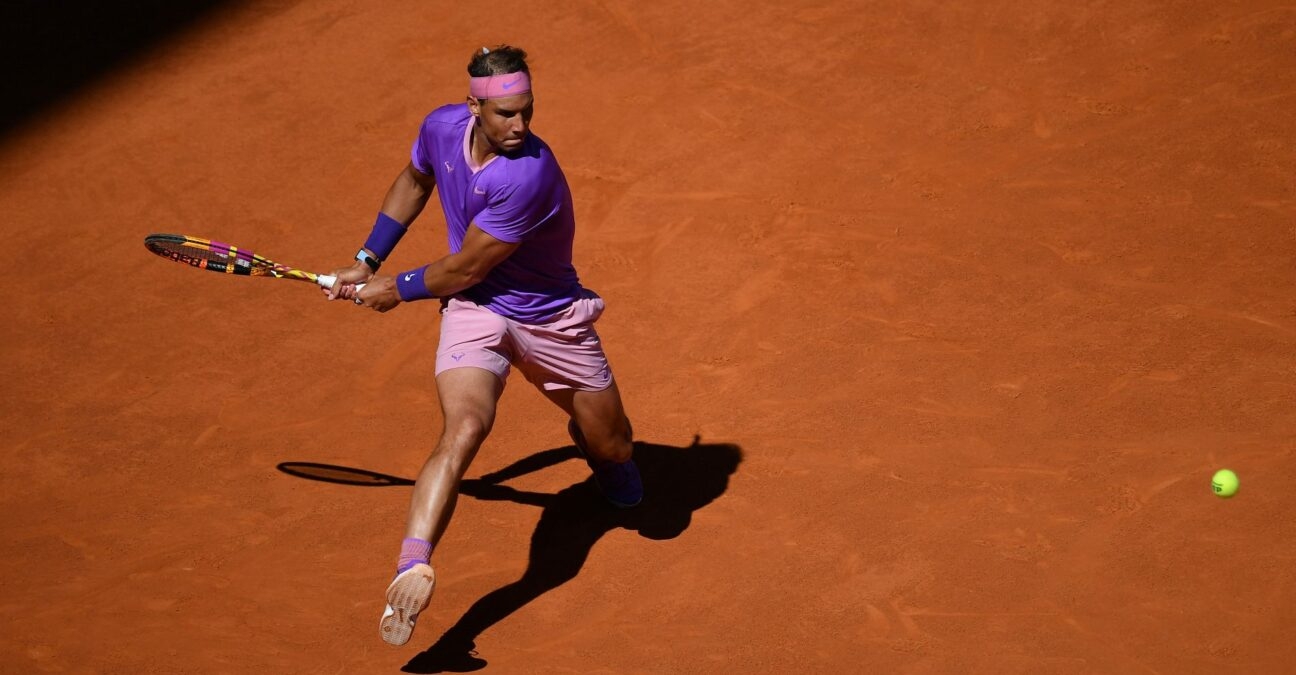 The fast-playing clay of Madrid is not Rafael Nadal‘s favourite surface, but the Magic Box at the Mutua Madrid Open remains one of his favourite places to play.

“I said it 100 times, there is no one place in the world that I have the support that I have here,” he said after his victory over Alexei Popyrin on Thursday. “It’s great to have some crowd back with us. We need more honestly, but at least we had some and that means everything for us.”

Weathering the storm from Popyrin

Nadal improves to 54-12 at Madrid with his victory over the world No 76, but he was tested by the all-out attack of Popyrin, who told reporters on Wednesday that he planned to study Robin Soderling’s epic upset of Nadal at Roland-Garros in 2009 for inspiration.

Nadal admitted that Popyrin, who struck 20 winners to just 11 for Nadal, was a handful to deal with.

“The court today was slippery, it was very fast, very dry conditions, the ball was flying a lot, so the beginning of the match has been super tough,” Nadal said. “He was hitting every ball and hitting the spots, so, yes, very happy with the victory, it has been an important victory, he came here playing well.”

After the match the great Spaniard had high praise for the game of the 21-year-old Australian.

“Yesterday he played against Sinner and he beat Jannik, so maximum respect, he has a big potential, honestly,” Nadal said on court.

Later, in his post-match press conference, Nadal elaborated: “His power on the shots is amazing,” he sad. “I mean, if he is able to control little bit the mistakes, then going to be very difficult to beat him, no? He has an amazing serve and amazing shots from everywhere. Let’s see what’s going on in the future. If he is able to work the proper way, he’s going to be in the high positions of the rankings fighting for things.”

The future of tennis is in (many) good hands

Nadal went on to say that the future of tennis is in good hands, and he includes Popyrin among the names that will help move the sport forward after the big three have retired.

“Always the future of tennis is in good hands because always going to be Grand Slam winners, always going to be Masters 1000 winners. That’s the thing, no?” he said. “Today is true that there is a lot of young, good players. Is something normal that is happening. And, yeah, I’m excited that at my age I am able to keep playing against all of them. They are good. They are talented. They have a great future, no? For me is amazing to be where I am with my age competing with them still.”