Italy’s Lorenzo Musetti had his hands full with France’s Hugo Gaston after squandering two match points in the fourth set, but the hometown favourite found his way to a thrilling victory in Milan 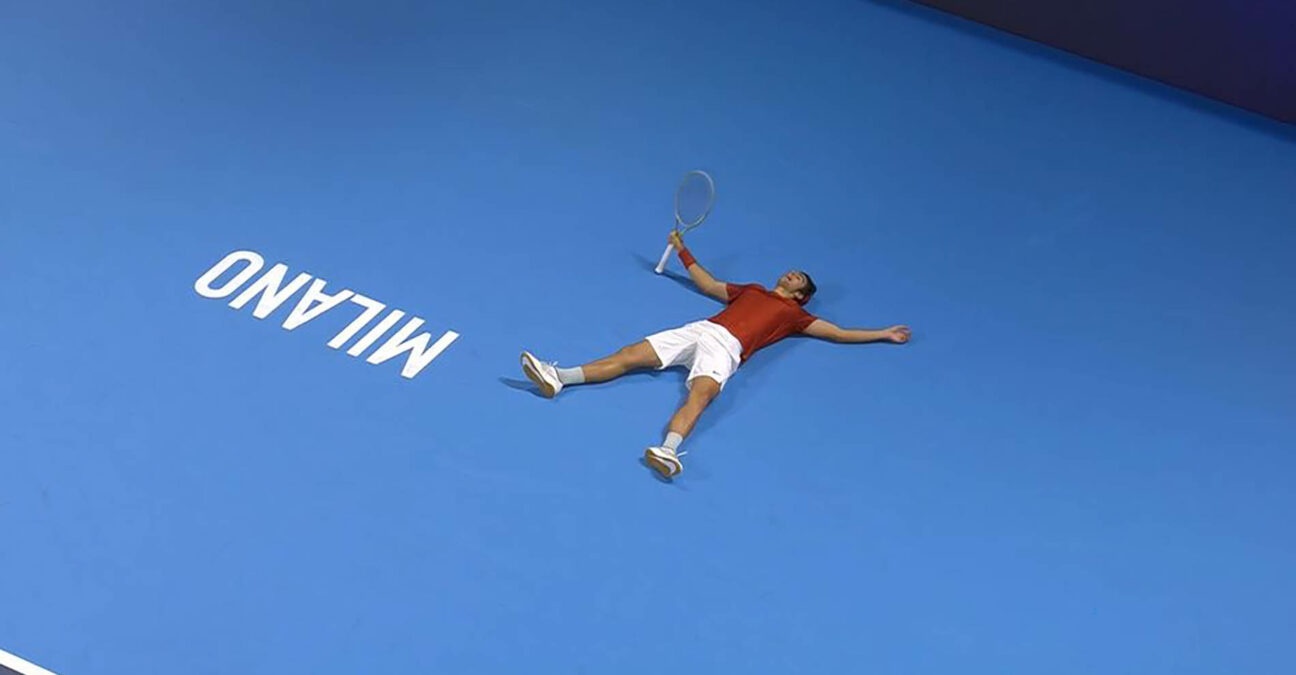 Lorenzo Musetti has a flair for the dramatic, and it almost came back to haunt him on Wednesday in Milan, as he let Hugo Gaston off the hook late in the fourth-set tiebreak. Sitting on two match points, Musetti double-faulted on the first and made an error on the second as Gaston eventually wrestled the momentum from the Italian and forced a fifth set.

It appeared that Gaston may soon take the victory, with Musetti squandering break points at a rapid clip down the stretch. The Italian was 0 for 15 on his break point opportunities at one point, but he saved his best for last, finally breaking Gaston’s serve on the final point of the match to notch a 4-3, 4-3, 2-4, 3-4, 4-2 victory in two hours and 33 minutes – the longest match in Next Gen ATP Finals history.

“I’m really tired right now because I played really late yesterday,” Musetti said on court after his triumph. “I could have won in three sets but Hugo came back with really great tennis, he showed that also last week in Paris. I took revenge on him because I lost against him in the last round of qualies [at the Rolex Paris Masters]. It was really a great battle and I’m really proud of this win.”

Musetti, who improves to 1-1 in Milan, will face Sebastian Korda on Thursday with a spot in the semi-finals on the line.

“I was talking maybe too much to myself after the loss of the fourth set,” Musetti said. “I saved one break point, or two break points with the serve, and after that I tried my best. I played a fantastic return down the line from the left side – I was just playing each point and trying to beat him, it was not easy today.”

Standings after two days of play at Milan

Carlos Alcaraz and Sebastian Korda, the two top seeds, remain undefeated in the event. Alcaraz has already qualified for the semis, but Korda has more work to do.

All four semi-final slots will be decided by close of business on Thursday. Here is the full order of play: