Rublev serves his way past Tsitsipas, joins Djokovic at top of table in Turin 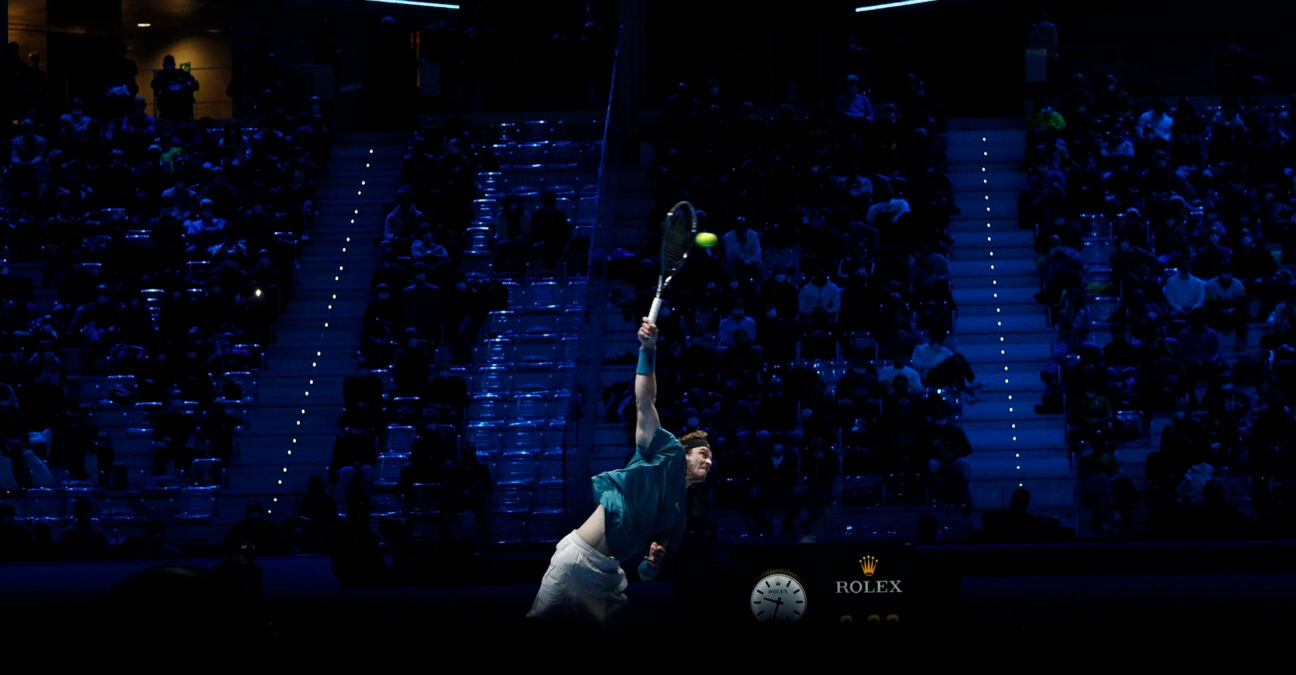 Andrey Rublev double-faulted on match point at last year’s ATP Finals, squandering a chance to stay alive in the hunt to reach the semis as he fell to Stefanos Tsitsipas 6-1, 4-6, 7-6(6). On Monday night in Turin, the Russian left nothing to chance as he powered past the fourth-ranked Russian 6-4, 6-4 behind pitch-perfect serving and aggressive first-strike tennis. 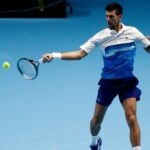 Rublev was downright nasty from the service stripe as he won 37 of 41 first-serve points and finished with a 68 percent first-serve percentage. The 24-year-old set the tone in the opening set as he made 23 of his 25 first serves, and claimed 20 of those points.

In the second set Tsitsipas had a few more looks at Rublev’s second serve, and did well when he did, but the Greek never did manage to earn a break point as Rublev kept him on the run for most of the 91-minute contest.

“I thought Andrey played really well,” Tsitsipas told reporters after the match. “He was serving at his best that I have ever seen him serve. I think in the first set he had, I don’t know, something like 22 consecutive first serves. Maybe the stats are different, but that’s the feeling I have. It was pretty good on that side.”

Both players managed 27 winners but Rublev didn’t miss the mark very often. The Russian finished with just 13 unforced errors, against 27 for Tsitsipas.

The Russian improves to 4-4 lifetime against Tsitsipas and 49-20 in 2021. He was on cloud nine after his victory.

“It’s an amazing feeling, that’s the moments that we are practicing for, that we’re living for. To be here to enjoy this atmosphere, to play great tennis for the spectators to enjoy,” he said. “What I could do the best today I did, and I’m really happy.”

Rublev said that his victory was about more than the serve.

“When you serve good it’s always the key,” he joked, “But it wasn’t only the serve, I was returning really aggressive, from the baseline I was also really aggressive. Today I showed a great match and I’m really happy.” 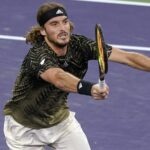 Prior to the tournament Stefanos Tsitsipas gave an update on the arm injury that forced him to retire from the Rolex Paris Masters two weeks ago.

“In the last couple of days I have been practicing with a little bit of pain but recently I’m feeling much better than when I started, five six days ago. It’s heading toward the right direction and I’m doing everything possible to recover from it,” he said.

After the loss to Rublev he told reporters that he’d rather not talk about it anymore.

“I prefer not to comment on that,” he said.

It wasn’t clear if the injury bothered him or not.

Top of the Green Group, with Djokovic

Rublev went 1-2 on his ATP Finals debut last year, and missed out on qualifying for the semis. But the Russian has put himself in position to make a push this week, as he joins Novak Djokovic at the top of the Green Group Standings.

Rublev will face Novak Djokovic on Wednesday in Turin, while Tsitsipas will go against Casper Ruud.