Casper Ruud raced past Andrey Rublev to book his spot in the final at Turin, where five-time champion Novak Djokovic waits. 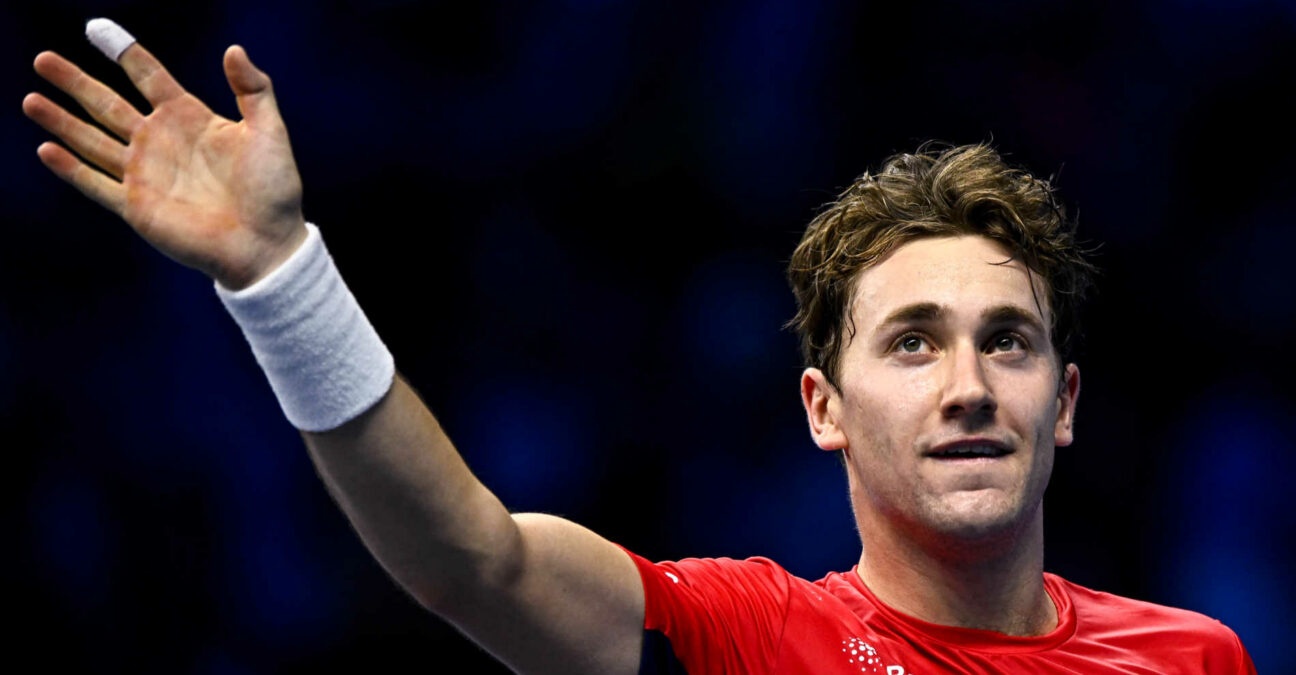 Like a seasoned Formula 1 driver, Casper Ruud was taking the fast-track to victory in Turin by dominating an out of sorts Andrey Rublev for the first hour of the contest. Then, there was a pit stop – Rublev broke serve twice and closed to within 5-4 in the final set – but it would prove to be nothing more as Ruud completed his routine thrashing of the seventh-ranked Russian , 6-2, 6-4 in 68 minutes to reach the title match at the Nitto ATP Finals.

He will face five-time champion Novak Djokovic, whom he has never defeated in three previous tries, in Sunday’s season-ending finale.

“I wasn’t stressing too much”

Rublev, on the back foot from the start of the match, didn’t show a sign of life until he broke Ruud for the first time of the evening, closing to 4-1 in the second set. He later broke again for 5-3, and held for 5-4, but Ruud, serving with new balls, closed the door from there.

“It’s tough sometimes because things are obviously going great but sometimes it can go almost too great or too well; you feel like you can do anything with the ball then you can get a little bit ahead of yourself,” Ruud said. “Andrey hit some great returns. Aggressive with the forehand of course, you tend to hesitate a little bit, and luckily for me, I go out there at 5-4 and serve with new balls, so that helps a lot.

“I knew that I had a backup break,” he said. “I wasn’t stressing too much.”

Ruud lost the first four times he played against Rublev, but he has won two in a row now, with each victory coming in Turin at the ATP Finals. He was happy to see that his strategy of avoiding the Russian’s forehand pay dividends.

“Andrey has an incredible forehand and you want to try to stay away from it as much as possible,” he said. “We don’t play that similar but I guess we both have better forehands. So the goal will be, for both of us, to try to hit and punish the opponent’s backhand in a way.”

Ruud, who improves to 2-4 lifetime against Rublev, has notched both of those wins in succession at the ATP Finals in 2021 and 2022.

“I don’t think Andrey has a bad backhand at all, but the forehand is just so powerful,” he added, for clarification. “I’ve gotten a couple of good beatings from Andrey so it was nice to sort of get a revenge from that and we haven’t played since here last year… Not gonna get ahead of myself but I guess I have a good thing going against him in Turin.”

Besides the aforementioned pit stop, Ruud was ruthless as he reached his fourth final of 2022. He cracked 17 winners against just eight unforced errors, while Rublev hit 16 winners and 23 unforced errors.

Fourth-ranked Ruud will finish the season at No 2 if he can win the title, or No 3 if he falls to Djokovic. 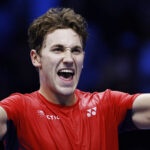 On facing Djokovic – “He has no weaknesses”

The Norwegian number one will next put his game to the test against Djokovic, in the pair’s first meeting since the semi-finals at Rome earlier this season. Djokovic has defeated Ruud twice on clay and once on hard courts – at these ATP Finals in Turin last season (7-6(4), 6-2).

“He’s a player that doesn’t have many weaknesses at all,” Ruud said of the five-time champion, who has won all six sets he has contested against Ruud. “But you know, he’s human. He’s had a great year, even though he’s been unfortunate with everything that has been going on for him but he is human –  he lost two weeks ago to Rune in the [Paris Masters] finals, so it’s not like he plays these finals every day of his career and in his life.

“I’m sure he will also feel a little bit of pressure. There’s a lot on the line. And let’s see, ranking-wise I’m maybe ahead of him, but I feel like the underdog.” 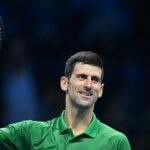 Djokovic on his physical state in semi-finals: “I was okay; not great, not so bad”
tennis majors 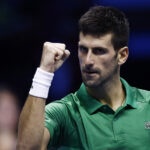