Home » News » No pressure, but a lot of fire: Sinner overcomes Barrere to advance in Marseille

No pressure, but a lot of fire: Sinner overcomes Barrere to advance in Marseille

Jannik Sinner endured a roller coaster ride – and showed his emotions – en route to a hard-fought win over Gregoire Barrere in Marseille. 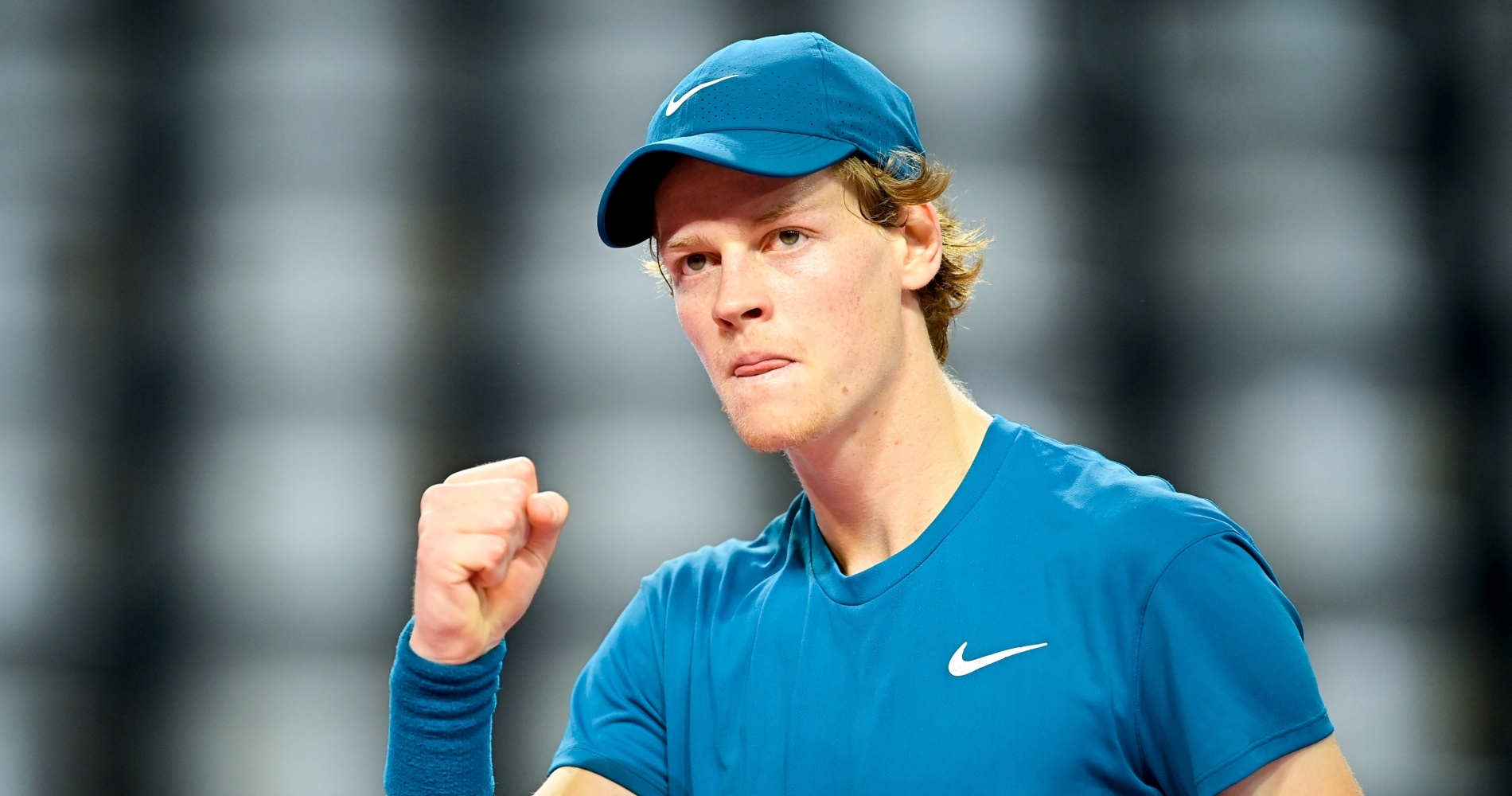 Jannik Sinner came back from the brink to keep his hopes alive at the Open 13 in Marseille on Monday, the 19-year-old Italian rallying from a break down to notch a 7-6(3), 6-7(5), 7-5 victory over Gregoire Barrere after the Frenchman had served for the match at 5-4 in the third set.

After the match Sinner talked about the importance of the win. He says he was still smarting from his early loss in Montpellier and after spending the last week getting fit and practicing hard, he really wanted to make an impression with his game.

“I think it has been a tough match,” he told reporters. “Both of us, we played high level, I guess, it has been a long match, both were quite consistent in every part of our game and at the end of the day, in the third set, there was a little more pressure on both sides.”

What a battle 💪@janniksin eventually overcomes a defiant Gregoire Barrere 7-6 6-7 7-5 to progress in Marseille!@Open13 pic.twitter.com/05OujwePqE

Sinner says he’s thrilled to see another day in Marseille. He’ll face off with France’s Hugo Gaston in second round action. Gaston shocked the tennis world when he reached the round of 16 at Roland-Garros last season. The 20-year-old toppled Stan Wawrinka in the third round to reach the round of 16, and nearly upset Dominic Thiem when he got there – all while carrying a ranking of 239.

Sinner is happy to have the chance to face him.

“For me today was a very important match, to be honest, I lost first round in Montpellier, and I didn’t play Rotterdam because I had a physical issue,” Sinner said. “Coming here, trying to play good tennis. When I felt better physically we practiced well. We had a quite tough week, the week before.”

Happy to shout about it

Sinner is typically a stoic figure on court, but on Monday against Barrere he was a bit more anxious than usual. After the match the Italian says that sometimes he feels it is okay to let emotions out during the match. Sometimes, he says, it can provide a necessary spark.

After blowing a 4-2 lead in the third set today, Sinner needed to wake himself up, and he did just that.

But he’d rather not be a guy that smashes racquets like they were going out of style. Sinner will leave that sort of thing to the Ernests Gulbises of the world.

Been working hard with my team to be fit for Marseille, see you there 💪🏼👊🏼 pic.twitter.com/ADJdKmwBkS

Pressure is a self starter

When asked if he feels pressure to back up his brilliant results of 2020, world No 34-ranked Sinner says the only pressure in his career comes from himself.

“No, I will not say pressure,” he said. “Because pressure is on my side because I want to improve and I want to play better tennis day after day so the pressure I put on myself, so I think this kind of pressure, I’m just excited that I can play one more match here after tomorrow so that for me is the most important thing.”