The fall-out from the cancelled Adria Tour took another twist on Friday when Goran Ivanisevic, the coach of Novak Djokovic and the director of the exhibition event, revealed that he had tested positive for Covid-19, just like Djokovic himself, Grigor Dimitrov, Borna Coric and Viktor Troicki. 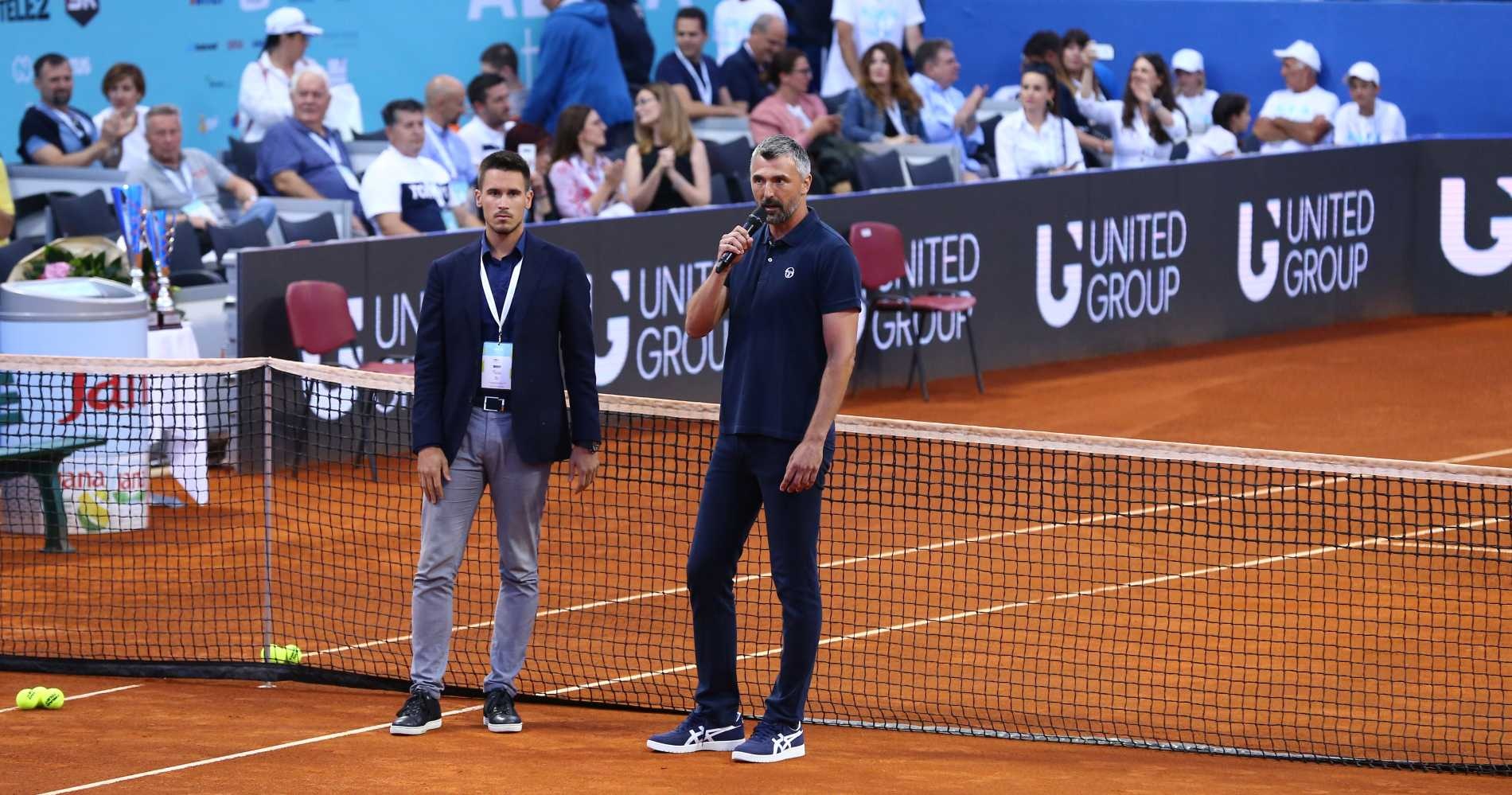 Djokovic’s wife Jelena, his fitness coach, Dimitrov’s coach and Troicki’s pregnant wife also tested positive for the virus after the second leg of the Adria Tour in Zadar, Croatia.

The former Wimbledon champion said he was feeling well, but would self-isolate, as he has been doing since news of Djokovic’s positive test broke on Tuesday.

A post shared by Goran Ivanisevic (@goranivanisevicofficial) on Jun 26, 2020 at 3:43am PDT

After Dimitrov became the first to announce he’d tested positive on Sunday June 21, the 48-year-old Ivanisevic addressed the crowd in Zadar to tell them there would be no final.

here is VIDEO. Ivanisevic to crowd: I'm sorry you are booing me, I'm not positive ( on covid-19). pic.twitter.com/puMKVb013z

Djokovic apologised for the handling of the event, which he had helped to organise. Though Serbia’s government had relaxed its Covid-19 guidelines before the event began, it still recommended people stay at least one metre apart. Packed crowds seemed to disregard social distancing advice, with very few masks in use, while players shook hands and were handed towels by ball boys. The players were also slammed after they were photographed playing football and later, dancing together at a post-event party.

Australian Nick Kyrgios, who had already said holding the event was “boneheaded”, posted a photo in an Instagram story on Friday after the Ivanisevic news broke. 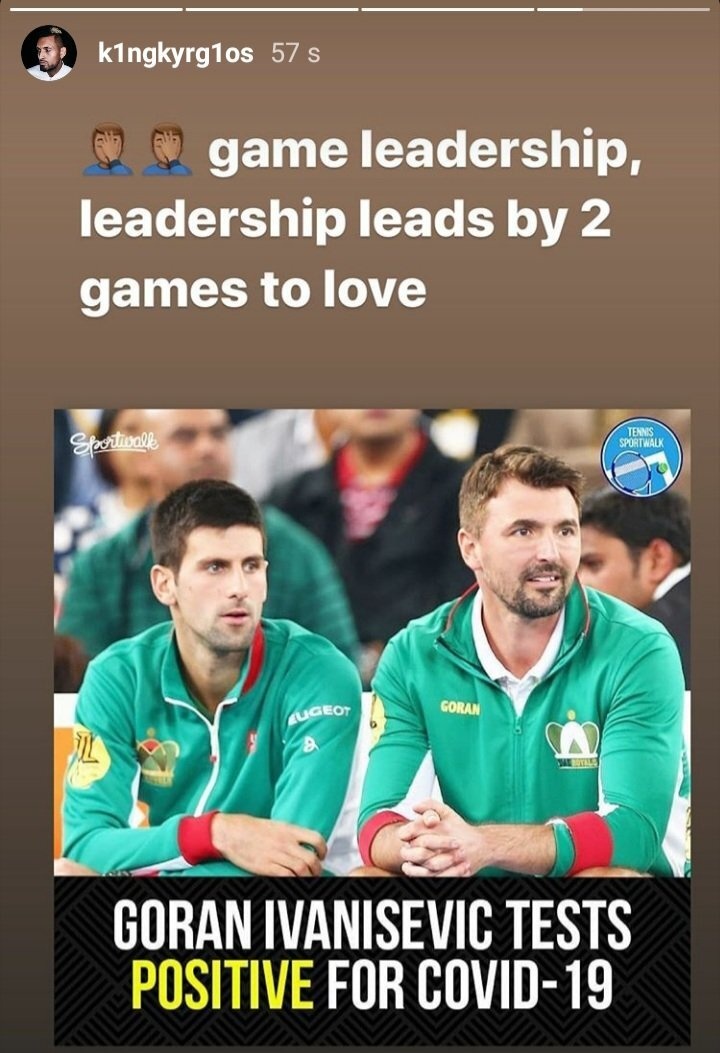 Djokovic, who had previously said it was “not his call” to set the rules and that the Adria Tour was following the advice of the government, tested positive on Tuesday and is now self-isolating, as are Sascha Zverev, Marin Cilic, Andrey Rublev, three of the other players in the event.

Ivanisevic told The New York Times this week that Djokovic was easy to blame, defending the world No 1 against the criticism.

“It’s easy to be a general after a fight,” Ivanisevic said. “Everybody is smart now, and they are attacking Novak. He tried to do a great thing, a humanitarian thing. We were locked down for three months. He organized this tour. The players came in Belgrade and we had good tennis and a good atmosphere. Everything in Serbia and everything in Croatia was done with the recommendations by the government.”