John Millman and Alex de Minaur pushed each other to the brink of exhaustion during their 44-stroke rally in Rotterdam. It made us wonder: what’s the longest rally ever? 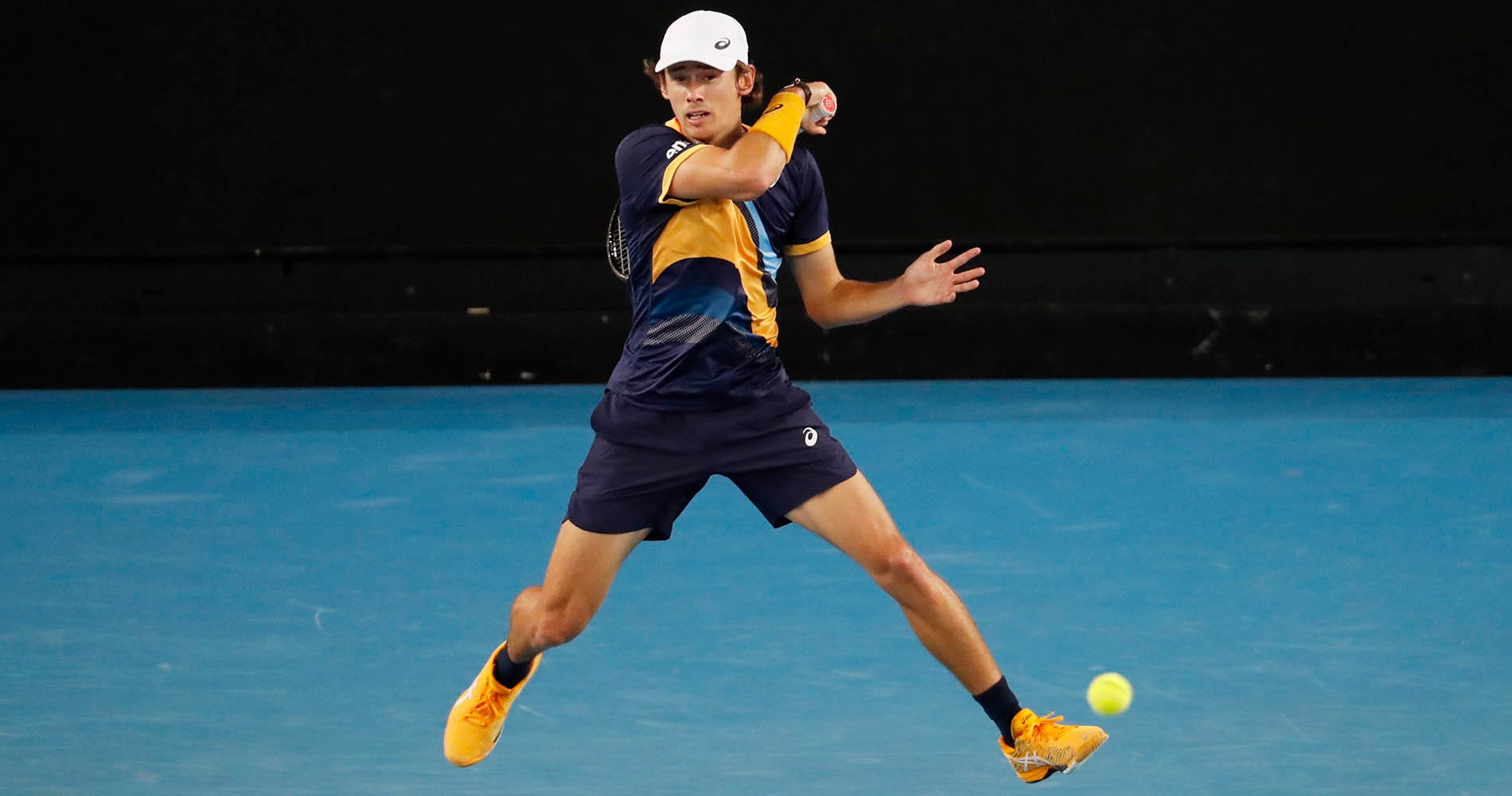 Longest rally ever? Not a chance, but this 44-stroke rally between Alex de Minaur and John Millman on Tuesday at the ABN Amro WTT in Rotterdam was to die for – literally. There has been talk that the surface is playing slow in Rotterdam this year, and surely that is how Millman and his feisty compatriot felt at the end of this back-and-forth slugfest.

At 90k views and counting on the Tennis TV YouTube channel it’s obvious that tennis fans everywhere are appreciating the gladiatorial element that these two warriors brought to the court on Tuesday. Each player has a reputation for delivering inspirational rallies. De Minaur has always been known for his slashing quickness and refusal to give up on balls; Millman is revered for his fighting spirit, the same spirit that propelled him past Roger Federer in the sapping New York humidity at the US Open in 2018.

“Was just one of those nights where I guess I felt I couldn’t get air,” Federer said after falling to Millman in four sets on one of the hottest evenings in US Open history. “Look, at some point also I was just happy that the match was over, I guess.”

For the record, Millman, who hails from Brisbane where the summers are furnaces that never switch off, didn’t seem to mind. He’s a player that doesn’t mind suffering, and neither does De Minaur. The guy calls himself the demon for a reason.

If I ever wanted to convince someone that tennis players are the best athletes out there, I’d casually send them this clip. 🤯

That’s what made these 44 strokes so excellent: the fact that both players were willing to do whatever it takes as they got swept up in the heat of the moment like two pit pulls fighting over a chew toy. Neither guy was willing to cut the point short, because both players have put in the hard yards, and each was ready to accept whatever level of suffering was necessary to win the point.

Eventually, after 60 seconds of elapsed time, it was De Minaur who delivered the dagger. Yes, the Demon got diabolical and took the rally to the next level when he drifted well beyond the tramlines to slap a ridiculous winner. Nothing to do but stand up and cheer at that point (or throw your racquet if you were Millman – completely understandable).

And yet, in terms of strokes, it pales by comparison

44 strokes is good – no denying that – but a quick check of the Guiness Book of World Records website shows that there was once, in 2017, a rally of 51,283 strokes that lasted 12 hours and 37 minutes. True, Danielle Pecci and Simona Friediani aren’t professional players, and they are both clearly a bit nuts, but hats off to them.

If we turn our attention back to the pro tour, we see that Millman and De Minaur come up way short of the longest rally there as well…

This epic between Gael Monfils and Gilles Simon has the title “Longest rally ever!” but it’s not. It’s 61 strokes and it’s maddening, but it obviously isn’t the longest ever.

In fact, it’s not even the longest by Monfils and Simon. Two years later, in 2013, the pair played a 71-stroke rally at the Australian Open. These two love to torture one another. And we love to watch them do it. The title of the video is a little more accurate: “The longest Grand Slam rally ever?” it asks…

Probably not, but it’s hard to say…

We came across a 140-stroke rally here, though it is clearly not a Grand Slam, that lasted five minutes (but we don’t recommend watching it, unless you, like Millman and De Minaur, love torture).

In conclusion, it’s not the number it’s the attitude

Once you get up and over 40 strokes you’ve crossed into the next dimension, where the air gets thinner and each successive stroke brings you closer to passing out. At that point it doesn’t really matter if it’s 44 or 61 or 71 or 140 – or 52,283. We just want to see somebody end it IN STYLE. That’s what Alex de Minaur did today and that’s why, even though it wasn’t the longest rally ever, we’ll never forget it.