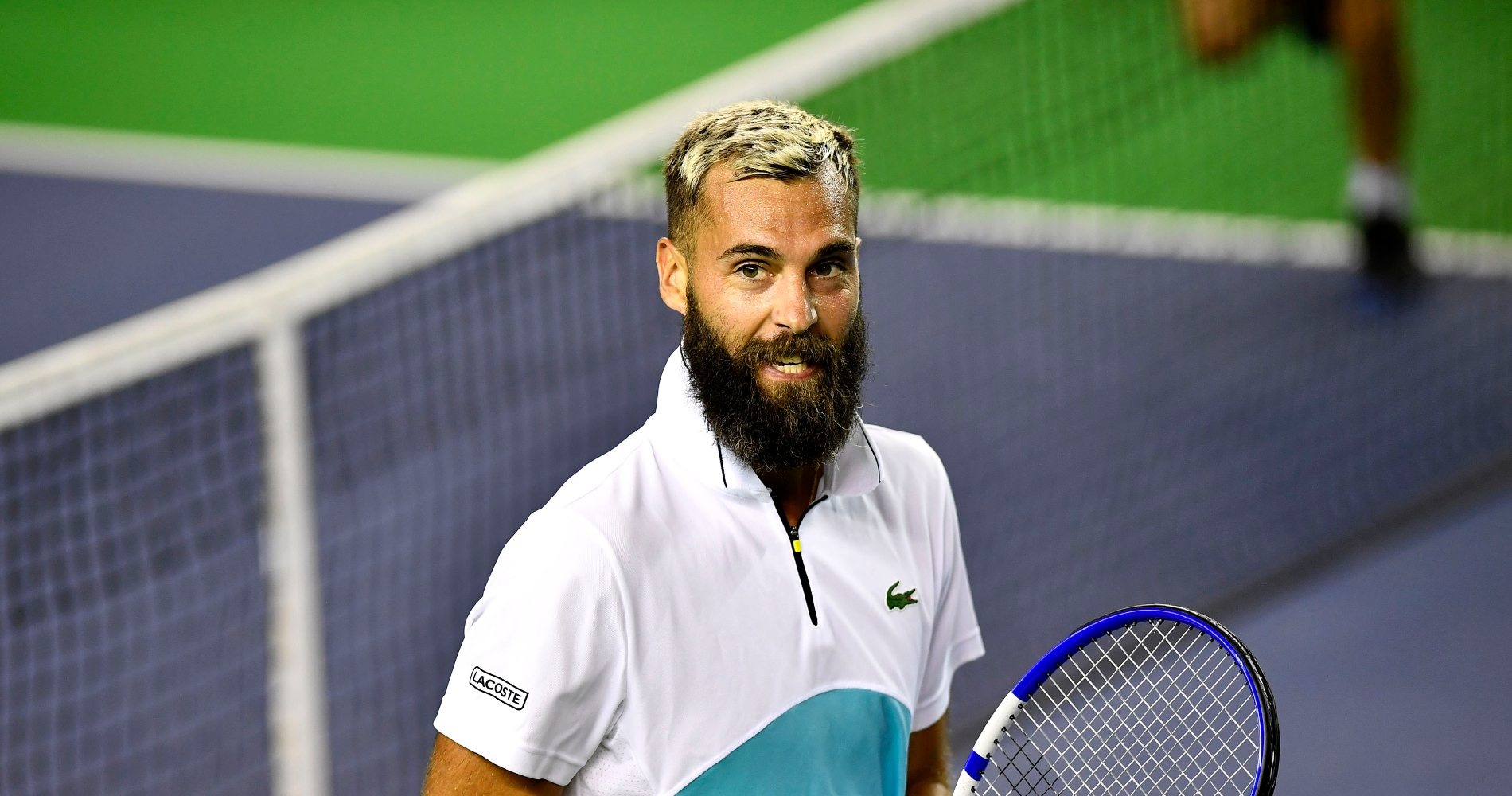 Nickname: The Rebel Record: 3-9 (10th in the first phase of UTS1, 4th in group B of UTS2) Why he mattered to UTS: His entertaining headset moments and non-stop theatrics.

Here’s a recipe for disaster. Lock Benoit Paire up in a room for 14 days, give him one day of preparation for a tournament and stick him up against a young, rising star.

The Frenchman, known as much for his rants and racquet-smashes as for his occasionally brilliant tennis, produced another showreel even he probably won’t be proud of in time as he self-destructed in his first-round match with Italian teenager Jannik Sinner at the Internazionali BNL d’Italia on Monday.

Losing badly to the talented Sinner, Paire began to lose his rag, throwing an empty water bottle, arguing with the umpire, served an ace when Sinner was not ready and then, in the final game, not trying at all as he handed the victory to his opponent.

Paire throw a bottle of water on court, outside the doubles lines, and went to serve.

He demanded that the ball boy pick it up.

Nour told him it's gonna stay there unless you pick it up yourself https://t.co/Ip8NTPmsZc

We should probably have seen it coming after Paire arrived in Rome late, following his 14-day quarantine in New York after he tested positive on the eve of the US Open, which caused him to be withdrawn from the event, and he had already laid the groundwork for this kind of display.

Nevertheless, it seems Paire was in relatively cheery mood when he finished the match.