Regenerated by the return of the public, Benoît Paire snapped his losing streak in Madrid, disposing of Nikoloz Basilashvili (6-4, 7-5 in 1:13) to reach the second round. At a press conference, his joy and relief were palpable. 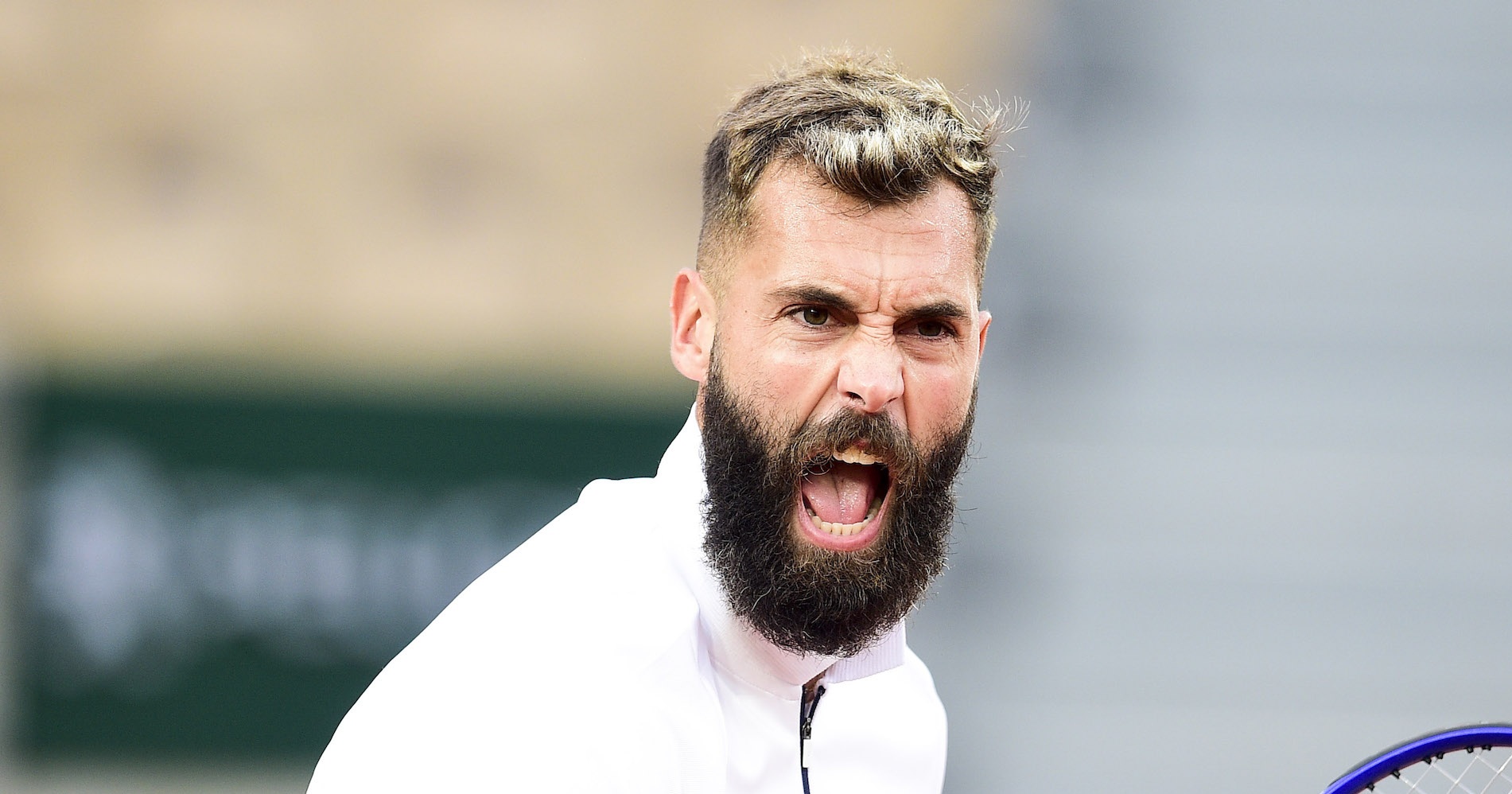 A huge “ALLEZ!” to conclude the first set 6-4, another, more resounding, to conclude the match. No one could suspect Benoît Paire had not played to win in Madrid on Tuesday. He wanted the victory so badly that he fought through nerves to seal it, and then went to celebrate it by taking a selfie in front of the small but noisy colony of French supporters – including a certain Pierre-Hugues Herbert – who stayed faithful throughout his match.

We can accuse Benoît Paire of all evils, but he is true to himself. He had said over and over again that his inability to play well and behave well over the past few weeks was due to his unhappiness with the absence of the audience. His return to Madrid galvanized him:

“To be in an incredible atmosphere, almost Davis Cup, to feel the support of the people, it did me a lot of good. I’ve always said it, I’m playing for it. I also owed it to myself, for the recognition of this support, to give everything. Somehow it put a little pressure on me when it came time to wrap it up. I had a lot of emotions. “

Completely in the hole at the end of April after a series of seven consecutive defeats, repeated escapades and an exclusion from the French Olympic team for the Tokyo Games, Benoît Paire appeared regenerated, probably by the holidays he took in the meantime.

Benoît Paire, only players who got his own ultra fans 🔥🔥🔥

Certainly, in front of him, Paire had a rather erratic Nikoloz Basilashvili, who was probably worn out by his title on Sunday in Munich. But all the same, Paire had to win and in this context, it was not easy. The Frenchman was not a monument of consistency but he was able to deliver his success by producing in key sequences the lively and inspired tennis that we know him for.

From the start, with a first game well played thanks to three aces and a winning serve, which was then confirmed by a break in stride, the Provençal showed that he was in a completely different state of mind. The set was rather disjointed, as he quickly saw the lead evaporate, but he took advantage of a series of key mistakes by the Georgian to conclude the first set on the latter’s serve.

In the second set, Paire this time conceded his service first on a double fault, at 1-1. But he responded immediately, and soon would serve for the match at 5-3. This is where the fear of winning clearly caught up with him – he was broken easily.

Paire was not disheartened, and was able to restart the machine. At 6-5 he turned up the pressure on his opponent, who ended up succumbing after having however saved two first match points.

Doing it for the 'Gram 🤳@benoitpaire celebrates his victory over Basilashvili with the fans! #MMOpen pic.twitter.com/RHwJ6SGigM

Benoît Paire: “I wanted to silence all these people”

For Benoît Paire, this is only the third victory since resuming the circuit last August, after victories he won at Roland Garros in October against South Korean Soonwoo Kwon and in February in Cordoba against Chilean Nicolas Jarry. It’s also his first at the Masters 1000 level since the Rolex Paris Masters 2019. This one, clearly, counts double:

“I wanted to silence all these people who criticized me. I wanted to show them that by getting back to a little more normal conditions, I was able to find a good level. We must not forget that before the pandemic, I was 22nd in the world, I had won two titles and the round of 16 at Roland-Garros and Wimbledon. “

In the next round, the world No 35 will meet the fit man of the moment, Stefanos Tsitsipas, to whom he bowed heavily in Acapulco in March. But, of course, it was a whole different context, a whole different Benoît Paire.

It is an understatement to say that the latter will not start as the favorite against the recent winner of Monte-Carlo and current leader of the Race. But whatever. For him, this Madrid Masters 1000 represents a new start:

“I feel like the season is starting now for me. However, I haven’t been training lately, I went on vacation with my girlfriend and I did absolutely nothing for ten days. But this vacation has made me feel good. And me, what makes me play tennis well isn’t training hard, it’s feeling good in my head. I arrived here, I did a little training with Carla Suarez Navarro, another with Arthur Cazaux and come on, it was good!”