Rejuvenated Thiem arrives in Madrid with sights set on Roland-Garros

Ready to make his return to the tour after a six-week hiatus, World No 4 Dominic Thiem says he is happy to be back in Madrid, and in a good way physically 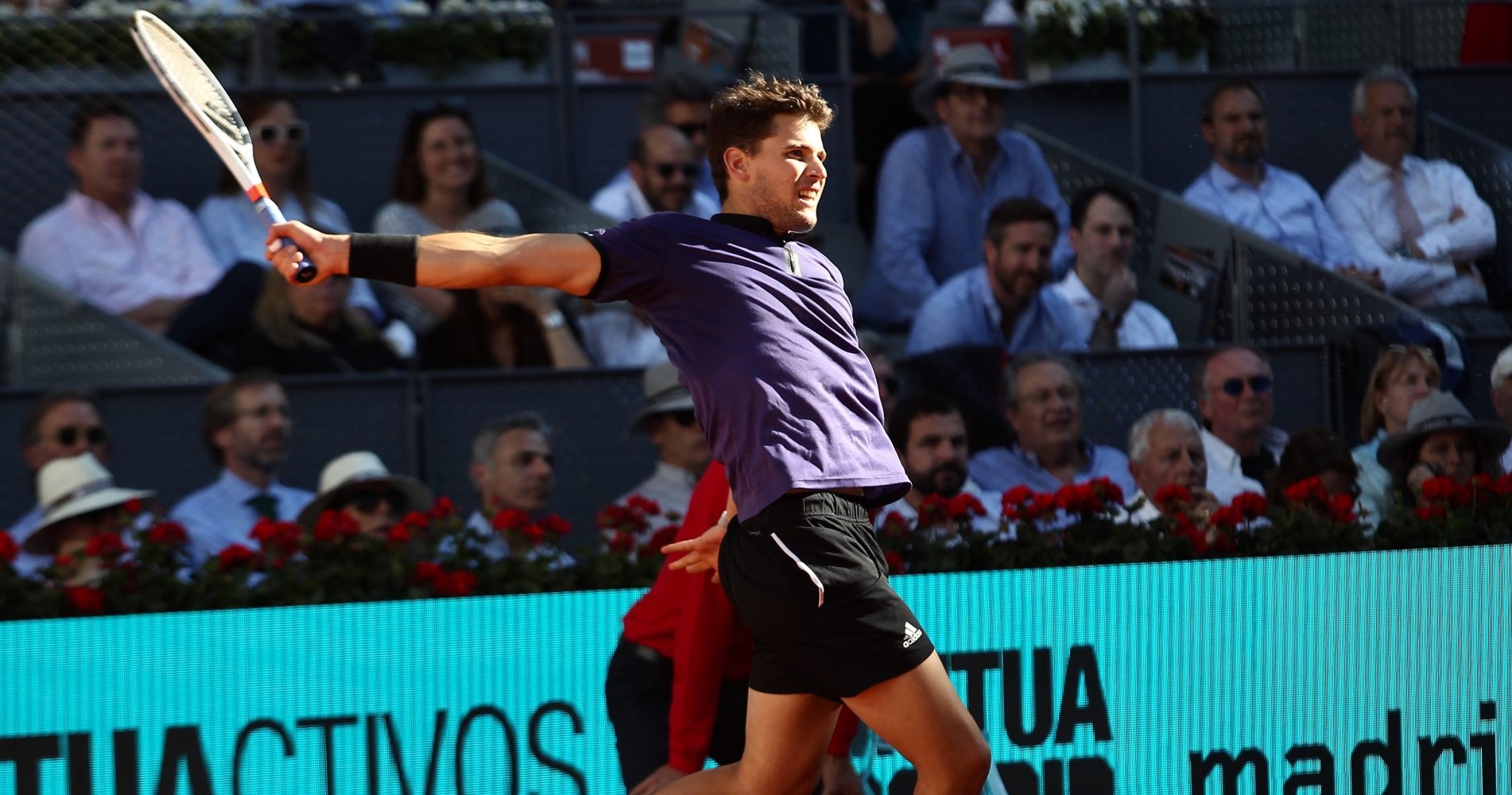 Having admitted to struggling after achieving his lifelong dream of winning a Grand Slam and the physical and emotional toll of the past few months, World No 4 Dominic Thiem says he is happy to be back on the tour in Madrid and has his eyes set firmly on the Roland-Garros title.

The burnout he was experiencing last month, which he detailed explicitly in an interview to the Austrian publication Der Standard, is apparently behind him.

Dominic Thiem is back on the tour after a six-week break and will play his first match since his loss to Lloyd Harris in the second round at the Dubai Duty Free Tennis Championships, against a qualifier.

The loss to Harris marked Thiem’s third disappointing loss in 2021 – following a quarter-final loss in Doha (to Roberto Bautista Agut) and a fourth-round exit (to Grigor Dimitrov) at the Australian Open.

Following the Dubai loss, Dominic Thiem pulled out of the Miami and Monte-Carlo Masters, and recently he pulled out of the Serbia Open with a knee injury. During that downtime, Thiem gave the interview in which he revealed that pouring his heart and soul into his tennis had taken a significant mental toll on him.

“I spent 15 years chasing the big goal without looking left or right,” Thiem said in the interview, adding: “In a way, some things have fallen by the wayside – the private life, dealing with other things, broadening the horizon. You have to do something for your head, for your brain. There was only tennis. I want to change that a bit.”

The 27-year-old Austrian appeared to be in a more positive frame of mind on Saturday as he spoke to the media ahead of his first match in Madrid, where he is a two-time finalist.

“The break was good,” said Dominic Thiem. “I also needed it. But now it’s also time to be back. I think Madrid is a great place for me [and] I have only good memories of that tournament. Conditions are amazing for my game… I’m happy to be back here and hope that I can also play well.”

While many had expected Thiem to win his first major title on his preferred clay – he has been a two-time finalist at Roland-Garros – the Austrian surprised the world when he won his first major on the hardcourts of the US Open last year. But Thiem says that victory hasn’t diluted his desire to conquer the clay of Paris. He has his sights firmly set on Roland-Garros, stating that it is his next big goal.

If Thiem is to win in Paris, two of his biggest obstacles will be the world’s top two-ranked players – 2016 Roland-Garros champion Novak Djokovic and 13-time winner Rafael Nadal.

While Djokovic has decided to skip Madrid this week, Nadal enters the tournament as the top seed having won the Barcelona Open for the 12th time and could meet Thiem in the semi-final if they both progress that far.

“I think he’s improving his game constantly,” Thiem said of the Spaniard. “He [has] improved every part of his game. That’s also what you need to do to be successful every year. That’s why he’s such a great role model.”

First and foremost Thiem must find a level higher than he has delivered thus far in 2021 to succeed. He told reporters that he has confidence in his current form, thanks to a training block conducted at home in Austria.

“I was preparing in Austria, doing lot of physical practice, lot of tennis practice,” he said. “I think that I’m on a good level…. I’m probably in better shape than 12 months ago.”