Carlos Alcaraz found his way past Matteo Berrettini and Fabio Fognini to reach his first 500 final at Rio. 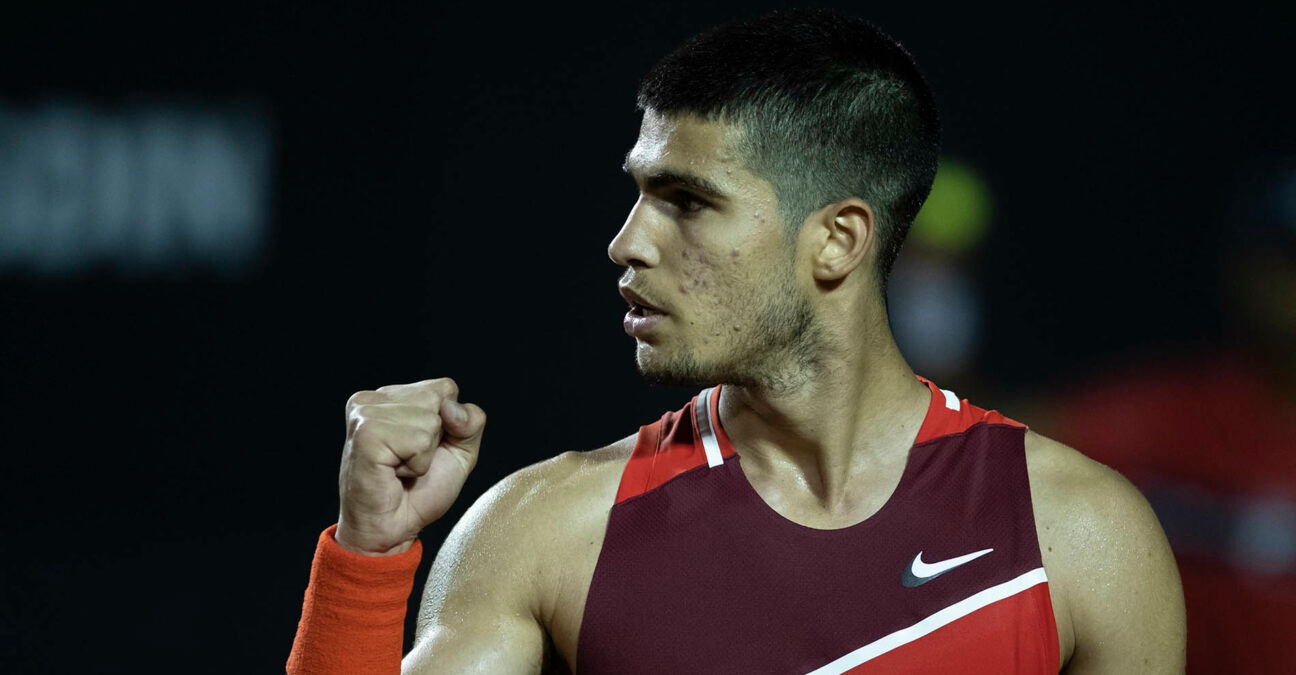 Looking rough and ready at the scene of his ATP Tour debut in 2020, Carlos Alcaraz added to his long and growing list of impressive achievements: a 6-2, 2-6, 6-2 triumph over top-seeded Matteo Berrettini on Saturday at the Rio Open, followed by, several hours later, a 6-2, 7-5 victory over Fabio Fognini .

In one intense day the 18-year-old Spaniard reached his sixth ATP semi-final, then his second ATP final (and his biggest on clay), but he won’t have long to celebrate. He’ll face Diego Schwartzman for the title on Sunday in Rio.

Finally back on schedule in Rio

The draw had been pushed back by a day due to heavy rains on Thursday and Friday, which meant that all four quarter-finals were played Saturday, before the semi-finals.

Fognini took out Federico Coria earlier on Saturday, 6-4, 6-2, before he took the court for his first meeting against the 18-year-old sensation.

Alcaraz knocks out the top seed

For the third time in three meetings, Alcaraz and Berrettini went to a deciding set (in the quarter-finals), and for the second time the Spaniard prevailed. He dominated the final set, breaking serve twice and never facing a break point against the world No 6.

Alcaraz has now won four of his last six against top-10 opposition, and he leads the head-to-head with Berrettini, 2-1.

In the semi-final 34-year-old Fognini had a break advantage in the second set, leading 4-1, but Alcaraz stormed back to take six of the final seven games to book his first ATP-500 final.

Alcaraz will face fourteenth-ranked Schwartzman for the first time in Sunday’s final, as he bids for his second ATP title. Schwartzman, the 2018 Rio champion, owns a 4-9 lifetime record in ATP finals.