Roger Federer made Matteo Berrettini aware he was impressed by his improvement in 2019 and the Italian remembers the moment fondly. 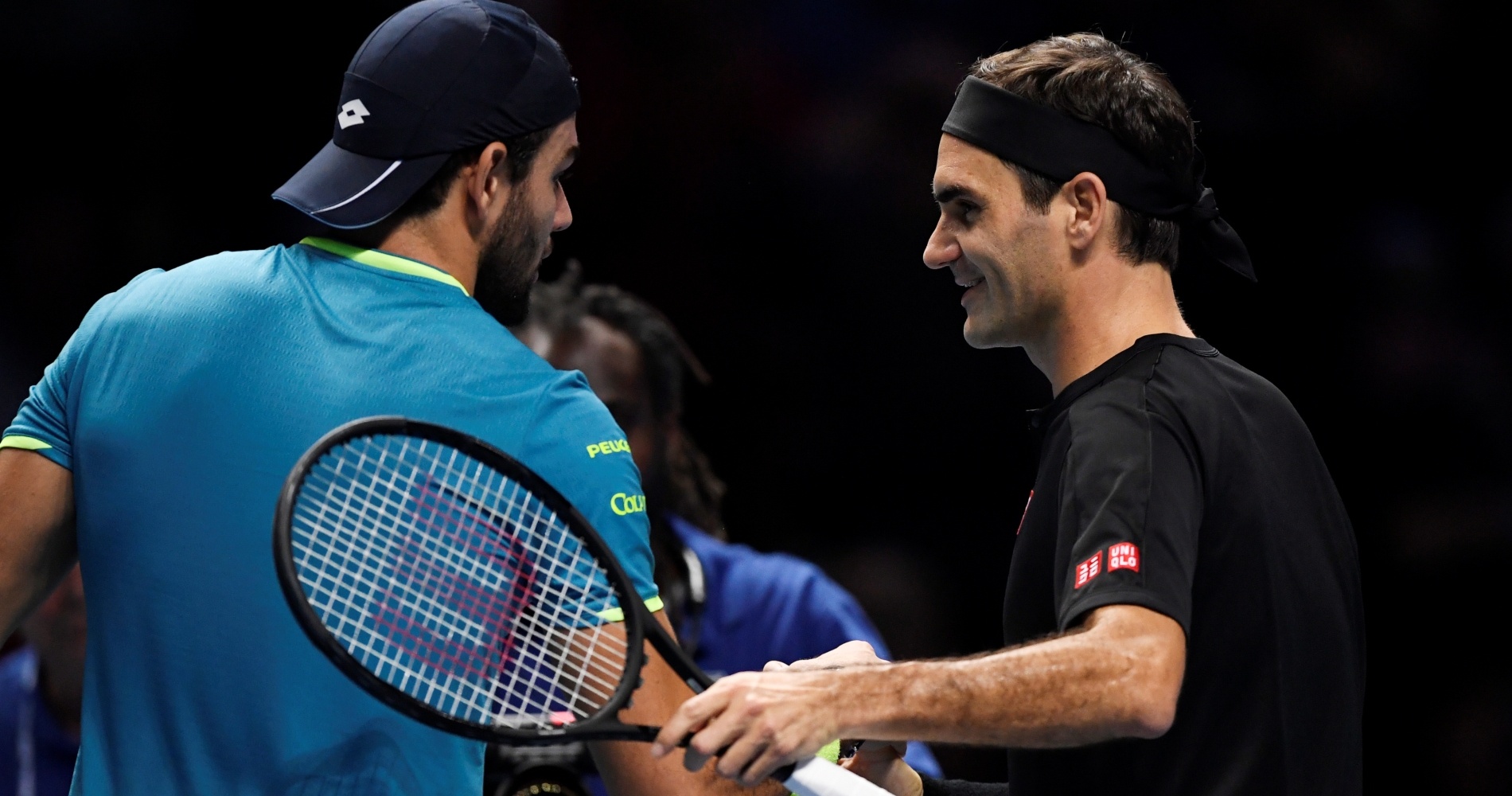 Matteo Berrettini still gets goosebumps when he thinks about being complimented by Roger Federer.

Despite starting 2019 outside the top 50, Berrettini ended the year with a place in the ATP Finals as the world number eight.

Titles in Budapest and Stuttgart, an appearance in the final in Munich and a run to the US Open semi-finals proved key to the Italian’s remarkable ascendancy.

His impressive rise did not go unnoticed by Federer, who praised Berrettini’s performances when they were in action at the Halle Open.

Berrettini : “I grew up looking up to them”

The 20-time major champion offered more words of encouragement when their first on-court meeting ended in Federer triumphing 6-1 6-2 6-2 in the fourth round of Wimbledon.

Berrettini told Stats Perform: “Before Wimbledon I played Stuttgart and Halle. I won Stuttgart whose defending champions was Federer.

“In Halle I met him and he complimented me. Before we only exchanged some hellos but to be complimented by him still gives me goosebumps.

“We didn’t speak during Wimbledon because we were in the same half of the draw, so no tips. But then he told me: ‘Congratulations for your grass season. Go on like this and you will go high.’

“Then we met again in London for the ATP Finals. He was very kind because we chatted during the famous boat trip from the hotel to the arena. We chatted about the holidays and his plans.

In 74 minutes, @rogerfederer cruises through to his 17th #Wimbledon quarter-final after beating Matteo Berrettini 6-1, 6-2, 6-2 pic.twitter.com/CbOmfnX1sd

Berrettini will not get to continue his development on grass this season with the whole swing, including Wimbledon, cancelled due to the coronavirus.

“Without a shadow of a doubt, Wimbledon is my favourite Slam”

The 23-year-old is disappointed he will not get to play at the All England Club, having gained a greater affinity for the surface following his displays in 2019.

“Without a shadow of a doubt, Wimbledon is my favourite Slam. I reached the US Open semis but I regard Wimbledon as the temple of our sport,” said Berrettini. 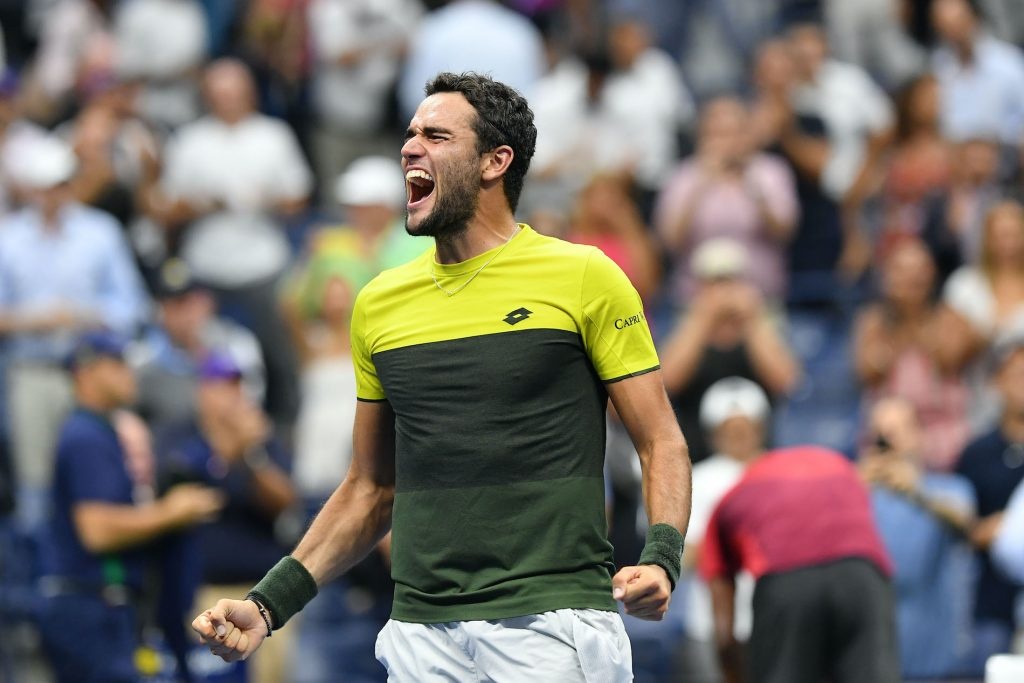 “I always say that in this place even people who are not experts or passionate about tennis, go there and get keen to be participating and playing. It is wonderful and its cancellation is very tough for us.

“It is a peculiar situation. It is on grass and in England where the weather is mostly rainy, they can play only in certain dates. They can’t move it to November because in London it would be five degrees. That’s why the cancellation.

“Until last year, though, my relationship with grass was not ideal at all. But since the Davis Cup tie in India, everything changed for me.

“Maybe I improved in some aspects, but I didn’t even realise at the end of the season I had played many high-level games on that surface and now it is one of my favourite.”