Disappointment for Djokovic: I felt awful and nothing worked

Novak Djokovic was at a loss on Thursday after his loss to Dan Evans in Monte-Carlo, calling the defeat one of his worst performances. Despite the disappointment Djokovic has time on his side as the clay-court season is just beginning. 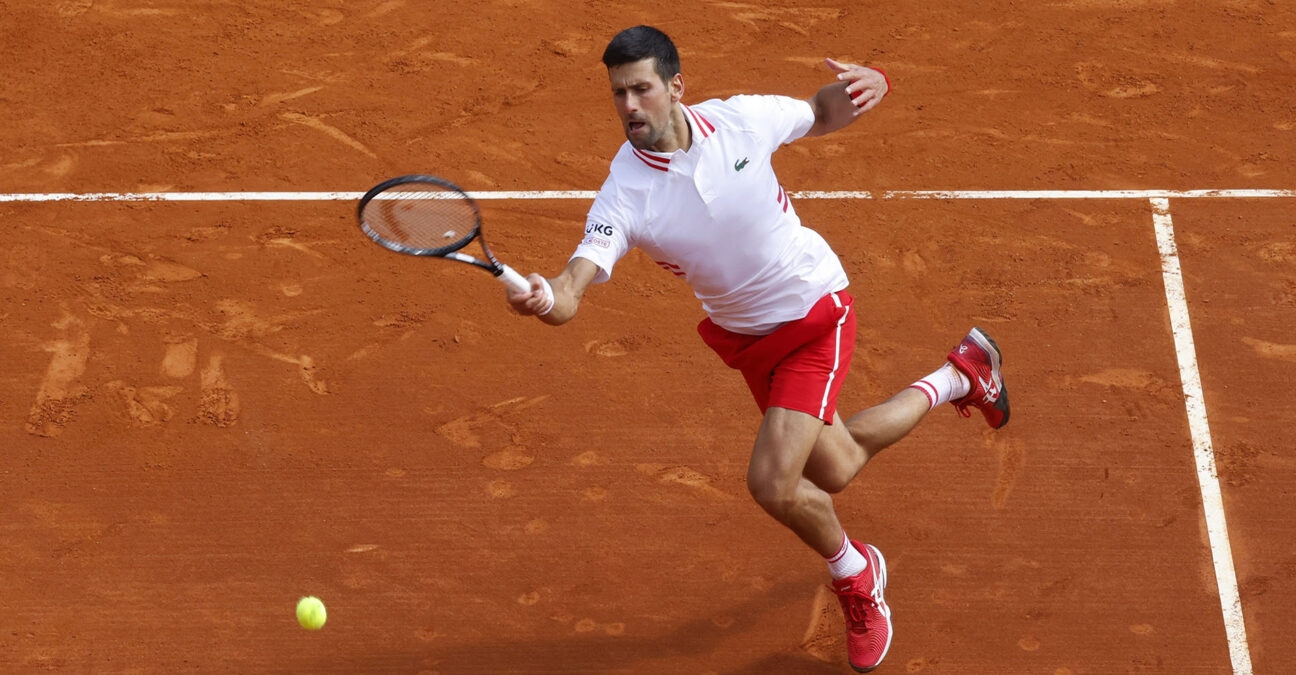 After a stellar victory over Jannik Sinner on Wednesday in Monte-Carlo, Novak Djokovic’s clay-court fortunes turned on a dime on Thursday as the top-seeded world No 1 crashed out at the hands of Dan Evans.

The shocking loss was one that Djokovic still hadn’t quite come to grips with after the match. He told reporters that it was one of his worst performances, and expressed disappointment, but at the same time he knows the clay-court season has just begun and there will be plenty of opportunities for redemption, starting next week on home soil in Belgrade, where Djokovic will headline the Serbian Open.

“To be honest, I mean, this has been probably one of the worst matches and performances from my side I can recall in the last years,” Djokovic explained to reporters in his post-match virtual press conference. “I don’t want to take anything away from his win, but from my side, I just felt awful on the court overall. Just nothing worked. It’s one of those days.”

Djokovic’s struggles came as a surprise, even to himself, after he started so strongly in Monte-Carlo by taking out Jannik Sinner in straight sets. But credit to the British No 1, who kept Djokovic off balance with his biting backhand slice. The wind also played a role, says Djokovic.

“Yesterday I played a pretty good match I thought,” the world No 1 said. “Today was completely the opposite of what I felt yesterday. Just was obviously very, very windy, tough to play in these kinds of conditions against a guy like Evans who makes you move. He’s very unpredictable with his shots. He dismantled my game.

“The courts are pretty wet. The ball bounces, especially on the slice, quite low. It’s a particular surface, clay. You slip a lot. If you play someone that is very talented, he’s got a very good hand, good touch, he just puts you off balance all the time.”

Hoping for better in Belgrade

Djokovic, a two-time champion at Monte-Carlo, and the all-time Masters 1000 title leader with 36 (Nadal has 35), expressed disappointment with his inability to catch his form on Thursday, but he hopes he’ll have time to do so in Belgrade. Adding the event on home soil will make his schedule a bit more crowded on the road to Roland-Garros this spring, so perhaps a short track in his first event will end up being a blessing in disguise when all is said and done. It is a long clay-court season, after all.

“Obviously right now, as I walk off the court, I’m disappointed with the way I played, the way I felt on the court,” he said. “But it’s a long clay season. Still plenty of tournaments, plenty of room to improve. Obviously I have to work, hopefully get a better performance next week in Belgrade.”