Rafael Nadal was made to work extremely hard on Wednesday in Rome, but the nine-time champion still managed to push past Italy’s Jannik Sinner in straight sets. 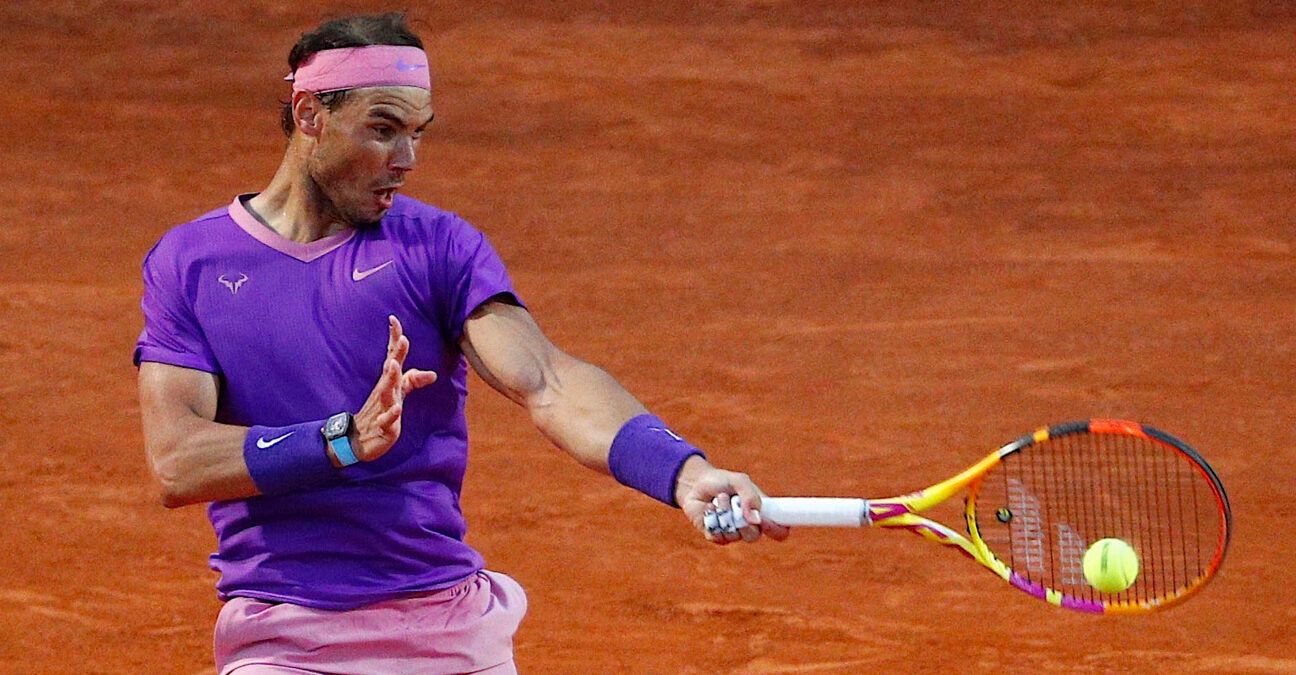 Rafael Nadal was pushed from start to finish by 19-year-old Italian Jannik Sinner on Wednesday night at the Foro Italico, but the Spaniard found his way through a tense two hour and 10-minute affair, 7-5, 6-4.

It was far from easy.

Sinner fought tooth and nail to try and force a tiebreaker in the opening set, but Nadal finally converted his seventh set point to take the opener, 7-5.

In the second set Sinner, who struck his backhand magnificently all evening, moved ahead by a break but was unable to hold the advantage. Finally, with Nadal knocking on the door in the tenth game, Sinner bravely saved three match points, but Nadal lashed a forehand winner, his 19th of the evening, to close out his victory.

The quest for a 10th Rome title is ON! 🇮🇹@RafaelNadal comes through 7-5 6-4 against an impressive Sinner.

Nadal: Sinner’s level not a surprise

Nadal says Sinner’s aggressive game did not surprise him, but the Spaniard admits that it was not easy to contend with.

“I hit some very good forehands, cross-courts too to avoid his great backhand cross, and then he has a great change down the line, no? So I think I did that well,” he said. “Is not a surprise for me. No, I know how good he is and the shots he has. He has great shots when he’s running. He has always great comebacks from tough positions, no? So, yeah, I know that. I was on court with big with respect for him and very focused every single moment. That’s why I am here with a victory.”

Nadal also added the the Italian is a very complete player that is improving steadily over time.

“I think Jannik is a very complete player, no?” he said. “He’s still improving all the time. You can’t appreciate the improvement in one day. I mean, to see the improvements of players, you need to follow them tournaments in a row, no? You follow him and you see that his level is higher and higher all the time.”

Certainly the Italian knew what he was up against on Wednesday, and yet, impressively, he believed he could win. He said he hoped for a better result than the straight set loss he suffered to Nadal at Roland-Garros last year.

“After it’s tough to accept, because obviously I think Roland Garros was more like a test to see where I am and, you know, this time I knew that I could have and maybe today I should have done something more,” said Sinner. “But, you know, tennis is, yeah, it’s a sport of situations. You know, he handled the situations a little bit better today than me. So I think he deserve to win today.”

Shapovalov next for Nadal

The nine-time Rome champion improves to 2-0 lifetime against Sinner and 64-7 at Rome. He will take on Canada’s Denis Shapovalov in the round of 16 on Thursday at Rome. Nadal owns a 2-1 lifetime edge over Shapovalov. The pair met at the same stage in Rome in 2018, with Nadal capturing the pair’s only match on clay, 6-4, 6-1.