A victory on home court at the St Petersburg Open means Andrey Rublev will scale new heights in the ATP rankings on Monday. 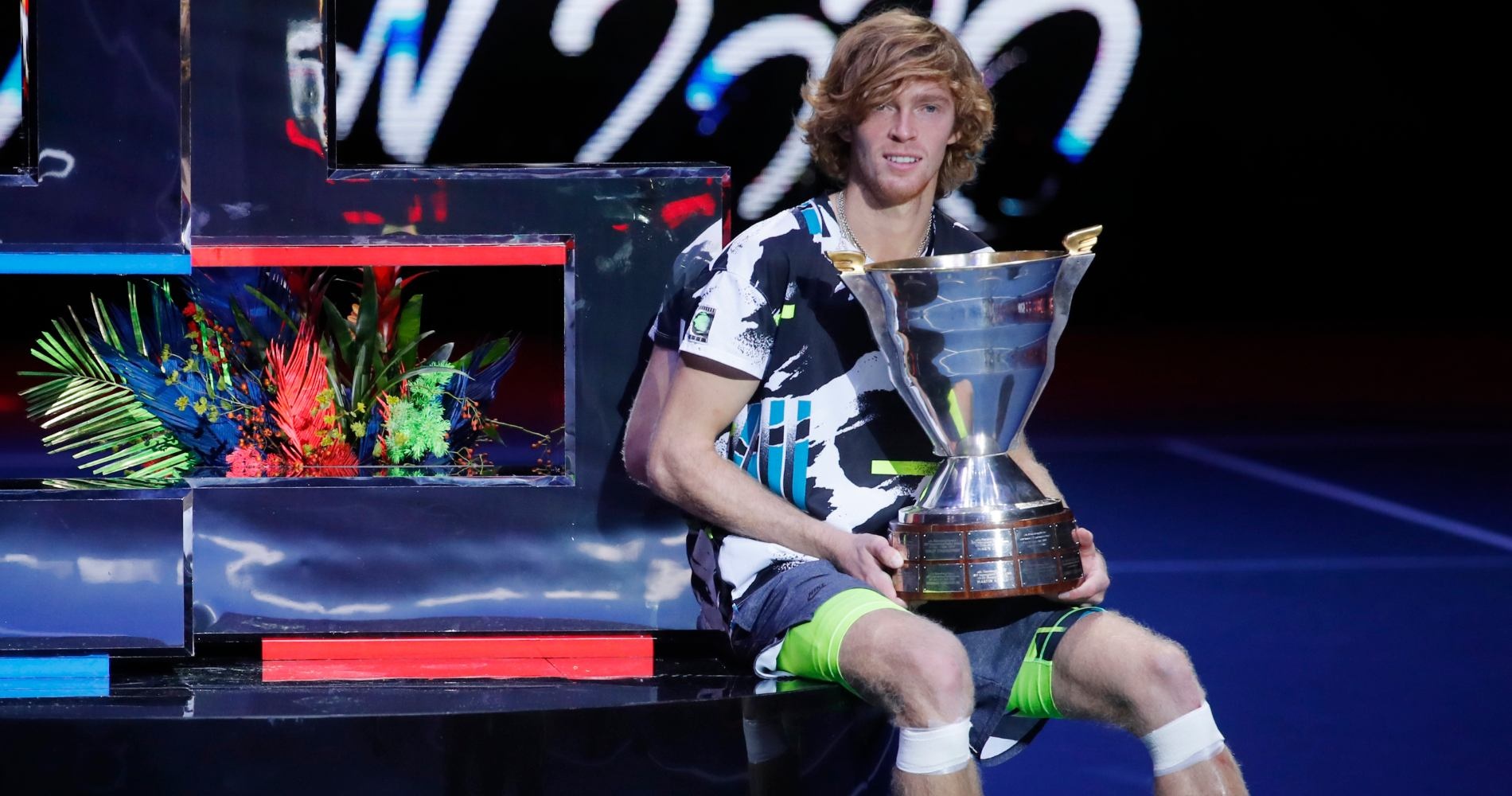 Andrey Rublev earned an early birthday present as a 7-6 (7-5) 6-4 triumph over Borna Coric at the St Petersburg Open final ensured he will move to a career-high ranking on Monday.

The Russian earned a fourth ATP title of a fine 2020 season on home court and will be ranked No 8 in the world when the new standings are released.

That will come just a day before Rublev, who climbed into the qualification spots for the ATP Finals with his victory against Denis Shapovalov in the semi-finals, turns 23.

It was certainly a hard-fought win for Rublev, now a six-time ATP singles champion, given he was 5-2 down in a first-set tiebreak. But five straight points caught Coric cold and the Croat surrendered the only break of the match in game five of the second set to leave Rublev celebrating.