Casper Rudd continued his strong Rome run to defeat fourth-seed Matteo Berrettini in his hometown. However, another huge challenge will be coming up as Novak Djokovic awaits in the semi-final after defeating Dominik Koepfer in three. 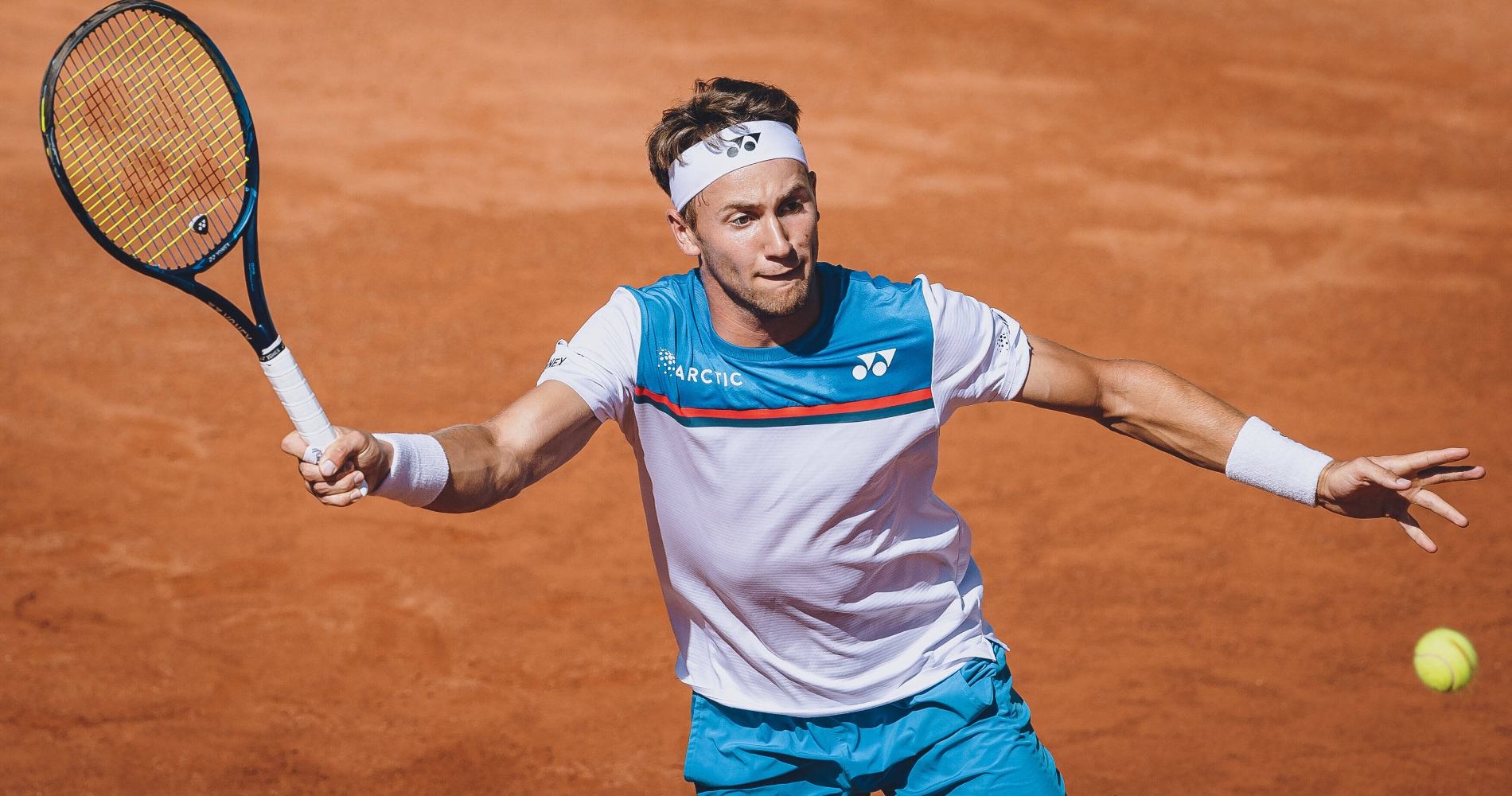 The early afternoon slate of matches locked in a semi-final matchup, with Casper Ruud coming back to defeat Rome native Matteo Berrettini 4-6, 6-3, 7-6(5) to book a match with Novak Djokovic, who took down Dominik Koepfer in also in three (6-3, 4-6, 6-3).

Casper Ruud defeated another seeded player after knocking off Karen Khachanov in the first round — this time taking three sets again to topple fourth seed Matteo Berrettini at his hometown in the Internazionali BNL d’Italia. This is the first loss of the Italian on clay after being up a set as prior to this, he was 20-0.

Berrettini struck quickly and potently in the first set as he jumped out to a 40-0 lead in the maiden game of the match and broke Ruud’s serve promptly. The Norwegian put up a fight, though, as he found break points twice later in the set, but both of those were to no avail. On top of that, he had to stave off a Berrettini set point later on as he was serving to stay in the set trailing 5-4. The world No 34 held, and even forced a break point against the Italian in the final game, but it was the hometown kid who secured the first set 6-4.

The script was flipped in the second, though, as it was Ruud who broke Berrettini’s first service game to jump out to a 3-0 lead early on. Berrettini did not have an answer for Ruud, though, as he was not able to find break point opportunities throughout the whole set and the Norwegian tied it up 1-1 with a 6-3 second set.

Tense match all the way into the third

Ruud looked to pounce with momentum on his side, breaking Berrettini in the first game of the third after three deuces and on his fourth break point. However, the Italian showed tenacity at his home court instead of letting an early break determine the result of the match. After forcing a break point in the subsequent game, he secured a break down 3-2 to level the set at 3-3. The two tangled all the way to the deciding tiebreak . After swapping mini-breaks early on, it was Berrettini who leapt ahead a break again before the change but Ruud denied him a match point to put the tiebreak back in level terms. The Norwegian served out his two points, and struck for another mini-break to finish out the victory of fine margins.

The first Norwegian man ever into a Masters 1000 singles semi-final! #IBI20

Another close one for Djokovic

After prevailing in a close match against compatriot Filip Krajinovic, Djokovic had to dig deep again. In a match against one of the surprises in the tournament in Dominik Koepfer, the world No 1 looked streaky at times, but was able to seal the 6-3, 4-6, 6-3 victory.

Djokovic was looking like he would cruise and dispatch Koepfer with very little issues early on, as he jumped out to a 4-0 lead while breaking the German twice to start the match. However, Koepfer was able to mount somewhat of a comeback, breaking back Novak twice to close the gap to 4-3. It was Djokovic who showed his quality in the end, though, as he converted his lone break point in the eighth game to go up 5-3 before serving out the first set 6-3.

Djokovic was definitely aggressive to start the second as well, as he broke Koepfer in a love game to start the set and found two more break points in the third game, but he was not able to run away with the lead. The German did not roll over, though, as he broke back in another love game in the sixth game to even the score at 3-3. The world No 1 came close to securing an opportunity to serve for the match, but Koepfer fended off three break points in a riveting ninth game to stay on serve. The underdog then took the momentum and converted the lone break point up 5-4 to snatch a set back from Djokovic.

After failing to convert four break points in the first game of the third, the Serb finally found the break in the third game to go up 2-1. It was all smooth sailing after that as both players hold up until 5-3, where Djokovic finished out the match with another break after two match points and two deuces.