Every day, Tennis Majors takes you back to some of the most famous moments in tennis history. On September 23, 1989, Aaron Krickstein showed everyone why he could never be written off 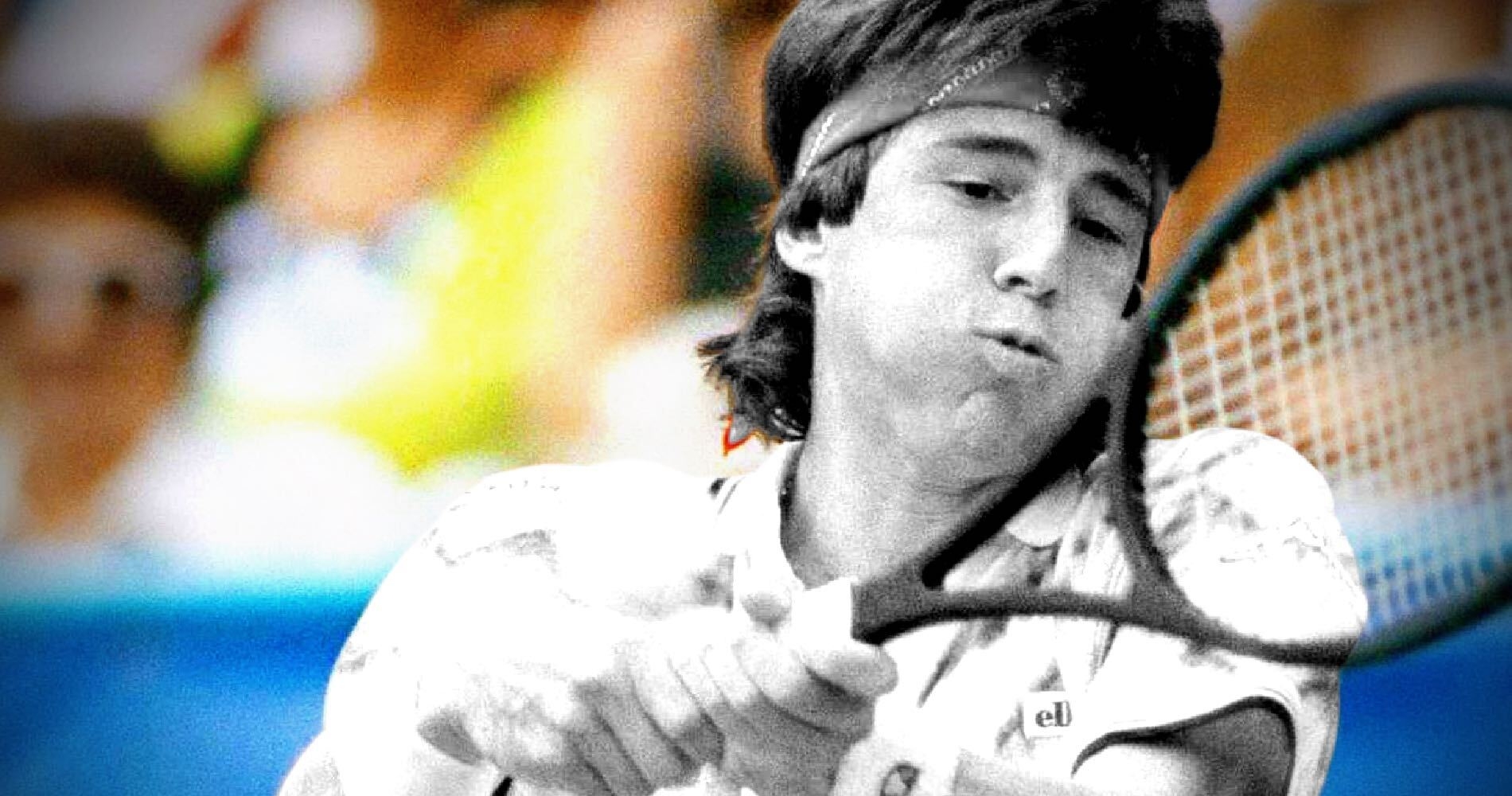 On this day, September 23, 1989, Aaron Krickstein, who was down 6-1, 5-2 in the Los Angeles Open semi-final against fellow American Brad Gilbert, amazingly came back from the dead, saving no fewer than seven match points to prevail 1-6, 7-6, 6-2. In the final, Krickstein, world No 16 at the time, would achieve another great comeback against Michael Chang, defeating the Roland-Garros champion 2-6, 6-4, 6-2 after being down 6-2, 4-1, justifying his nickname, “Marathon Man”.

Aaron Krickstein was born in 1967. In 1983, aged 16, he became the youngest player to ever win a tournament on the Tour, defeating Christophe Zipf in the Tel Aviv final (7-6, 6-3), a few weeks before becoming the youngest player to ever finish a year in the top 100. Nicknamed “Marathon Man”, because of his ability to come back from desperate situations, his career was plagued by injuries. Nonetheless, he had managed to claim five titles, and in September 1989, he was No 16 on the ATP ranking, after having reached the US Open semi-final for the first time (defeated by Boris Becker, 6-4, 6-3, 6-4).

Brad Gilbert was born in 1961. He turned pro in 1982, and within a few months, he claimed the first of his 16 titles in Taipei. Unlike many other professional players of his era, Gilbert did not have a major offensive weapon, and his game relied mostly on his great tactics. Although he managed to climb as high as world No 7 in September 1989, after he had won four tournaments that year, his best Grand Slam result was reaching the quarter-final at the 1987 US Open (lost to Jimmy Connors, 4-6, 6-3, 6-4, 6-0). Gilbert had also obtained a bronze medal at the Olympic Games in Seoul in 1988, after he lost in the semi-final against fellow American Tim Mayotte (6-4, 6-4, 6-3).

The Los Angeles Tennis Tournament was held for the first time in 1927, and since 1984, it was hosted by the Los Angeles Tennis Center, which belonged to UCLA. It included a women’s draw until 1974, but from 1975, it became a men-only event played on hard court, a few weeks after the US Open. The tournament attracted numerous great players, and amongst its former champions, there were American tennis legends such as Jimmy Connors (1973, 1974, 1982, 1984) and John McEnroe (1981, 1986).

The facts: Krickstein recovers from 6-1, 5-2 down for victory

On September 23, 1989, the Los Angeles semi-final between seed No 2, Brad Gilbert, and seed No 5, Aaron Krickstein, featured two men in their peak form. Gilbert had already claimed four titles in 1989 and he was ranked a then-career high No 7, while Krickstein had just achieved his best Grand Slam performance at the US Open, where he had reached the semi-finals. In LA, both players had cruised into the semi-finals without dropping a single set. At first, Gilbert took control of the match. Very consistent from the baseline, he also proved himself efficient at the net, and soon, he was up 6-1, 5-2 in a one-sided match. However, the world No 7 couldn’t seal the victory when he served for the match at 5-3, missing four match points, including one with a double fault. In the following game, “Marathon Man’ Krickstein was behind, 0-40, but once again, he saved the three match points to stay alive.

At 5-5, Gilbert was broken a second time, but although he broke his racket in anger, he managed to break back, winning a 34-shot rally to push his opponent into a tiebreak. Krickstein played a perfect tiebreak to claim the second set. Gilbert had enough, and, totally disheartened by the missed opportunities, he collapsed in the third set, which Krickstein won, 6-2.

What next: Krickstein and Gilbert earn career-high rankings

The following day, in the final, “Marathon Man” would escape another desperate situation, reversing a similar scenario against Michael Chang; down 6-2, 4-1, Krickstein eventually prevailed (2-6, 6-4, 6-2), to claim the sixth title of his career.

In the following months, Krickstein would reach his highest ranking as world No 6, but he would only achieve another remarkable Grand Slam result at the 1995 Australian Open, where he would reach the semi-finals (defeated by Andre Agassi, 6-4, 6-4, 3-0, ret).

Gilbert, after reaching world No 4 at the beginning of 1990, would slowly decline in the following years, and he would then become famous as a tennis coach, leading Andre Agassi to become world No 1 and later coached Andy Murray. He would also write a book, Winning Ugly, where he would explain his views on the game. After his coaching career would end, Brad Gilbert would work as a TV commentator.