After one of the biggest shocks in recent memory, we take a statistical dive into the magnitude of Novak Djokovic’s loss to world No 42 Lorenzo Sonego in Vienna 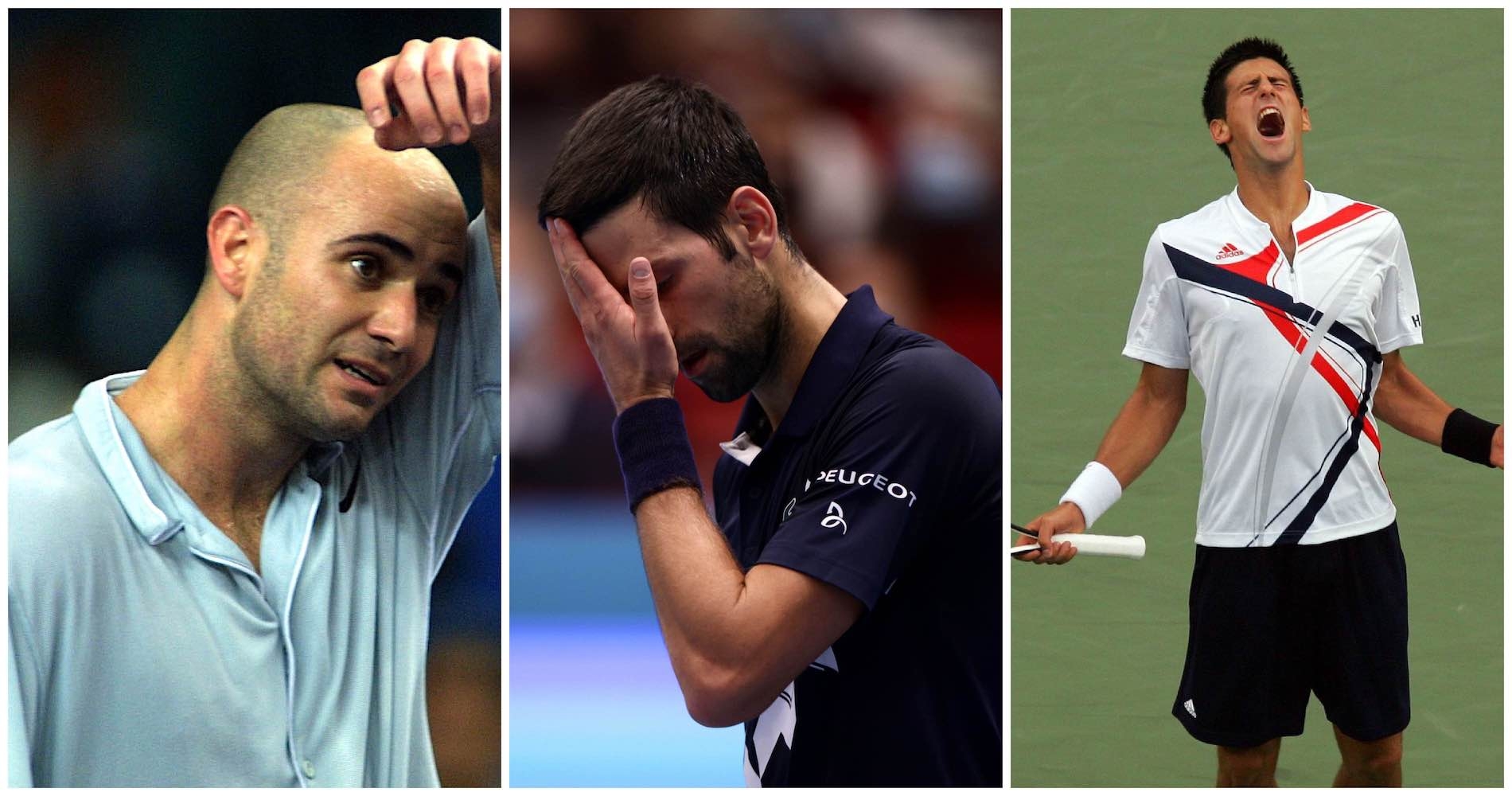 Beaten in the quarter-finals in Vienna by world No 42 Lorenzo Sonego, crushed even, (6-2, 6-1), Novak Djokovic was the victim of one of the most shocking defeats in the history of the ATP Tour, especially for a man who until Friday, had lost just one match in the whole of 2020, in the final at Roland-Garros (his US Open disqualification apart). We have drawn six stats from history to show just how seismic a shock his defeat in Vienna really was.

World No 1 Djokovic won just three games against Sonego, something that has not happened for 20 years, since Andre Aassi was upended 6-1, 6-2 by the Spaniard, Francisco Clavet, in the last 16 in Scottsdale, Arizone.

This margin of defeat has happened to a world No 1 only five times in all since the ATP rankings were first introduced in 1973. Here are the four previous occasions:

3. Djokovic’s heaviest ever defeat on Tour

With the exception of his loss in his first ever Grand Slam match at the 2005 Australian Open, when he was beaten 6-0, 6-2, 6-1, Djokovic had never failed to win at least four games in a match, until he met Sonego in Vienna. He has also suffered just two defeats when winning five games or fewer:

No member of the Big Three (Novak Djokovic, Roger Federer, Rafael Nadal) had lost by winning only three games while being ranked world No 1. Djokovic had already lost twice when winning just four games; (to Tsonga in Toronto 2014, David Ferrer in the group stages of the ATP Finals in 2011), and Federer once, (famously in the final at Roland-Garros in 2008 against Nadal).

5. The rankings of Santoro and Sonego

6. Djokovic had never lost to a lucky loser

It’s the first time in Novak Djokovic’s career that he has been beaten by someone who had lost in the final round of qualification and made it into the main draw as a lucky loser. But he has already lost to a qualifier, as shown by this tweet from @JeuSetMaths, our partner with whom we produce these statistics.