From Justine Henin to Martina Hingis, the four-time Grand Slam singles champion can learn some lessons from other stars before her who have tried to make a success f their comeback 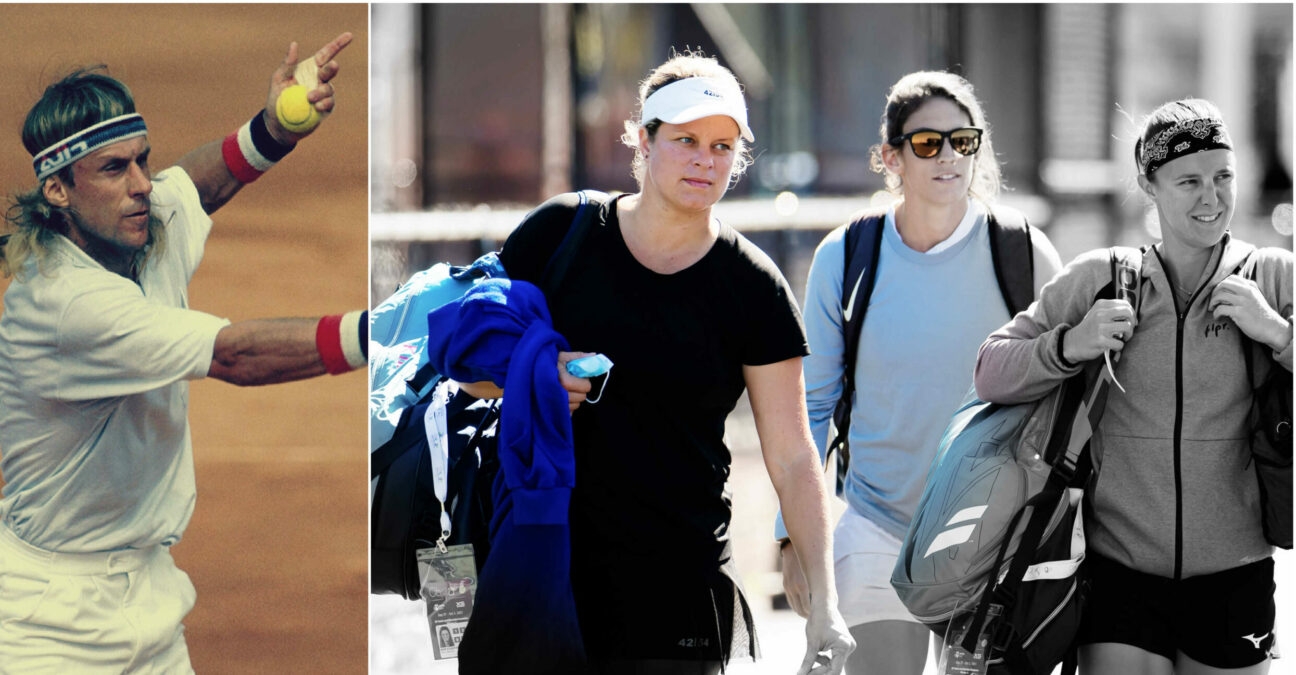 When you’ve been the world No 1 and a four-time Grand Slam singles champion and enjoyed a senior career extending across almost 25 years, it’s difficult to believe that there might still be room for improvement.

But that’s why Kim Clijsters is persisting with her comeback from retirement – despite facing plenty of obstacles in the last two years.

And the 38-year-old is a particularly special case – having already retired twice before. She first retired in 2007, aged 23, to concentrate on family life. Clijsters married basketball player Brian Lynch, and gave birth to their daughter Jada in 2008. She chose to return to tennis in 2009, and won the US Open that year, beating Serena Williams in a semi-final marred by the American’s point penalty on match point for verbal abuse directed at a line judge. Clijsters went into the history books as the first unseeded woman, and the first mother since Evonne Goolagong Cawley in 1980, to win the US Open – and little Jada famously joined her mum on court to celebrate. 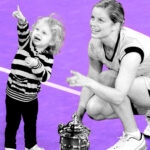 The Belgian added a third US Open title in 2010 and won the Australian Open in 2011 but her second retirement came in 2012 after a string of injuries had interrupted her year. However, more than seven years later she announced her intention to return once more, playing her first event back in Dubai at the start of 2020. The tour’s hiatus due to the Covid-19 pandemic hindered her progression, as did a niggling knee problem which required surgery at the end of the year. Since then, Clijsters has suffered a bout of Covid-19 herself and has found her recuperation from surgery a little lengthier than initially anticipated.

Still, she gave a good account of herself in her first match in over a year when she took on Hsieh Su-wei at the Chicago Fall Tennis Classic, taking her tricky opponent to three sets – but ultimately falling 6-3, 5-7, 6-3 in a match that lasted two hours and 18 minutes. It means she has now played four matches since her comeback from her second retirement – and lost all of them.

There are a handful of other tennis stars who have decided that retirement isn’t for them – and come back to top-level competition… with varying degrees of success. Here are just some of them:

Vera Zvonareva: The two-time slam finalist, back as a mother

The former world No 2 is another player who gave up the tour to focus on family life, marrying her husband Alexander and giving birth to their daughter Evelina in 2016. Prior to her two-year break from tennis, she had suffered intermittent injury problems, but reached two Grand Slam finals in 2010, at Wimbledon and then the US Open. Since her comeback in 2017, she has enjoyed most success in doubles, winning the title in St Petersburg in 2018 with Timea Bacsinszky, and then at Moscow River alongside Anastasia Potapova. Most notably, she won the US Open women’s doubles crown in 2020 partnering Laura Siegemund. She is also back inside the world’s top 100 in singles, ranked 93 as of September 27, 2021.

Justine Henin: The former world No 1 with a legendary backhand

Clijsters’ compatriot Henin won seven Grand Slam singles titles plus Olympic gold in her stellar career. After her spectacular 2006, when she reached all four Slam finals (winning at Roland-Garros), she enjoyed a dominant 2007, defending her title in Paris, reaching the semi-finals at Wimbledon, and winning the US Open – as well as becoming WTA Year-End champion for the second successive year. All that was despite missing the first Slam of the year, in Melbourne, due to the end of her marriage.

But 2008 was a somewhat different story. She was plagued by a knee injury, and found it tricky to wrap up matches as decisively as she had managed previously. Still world No 1, she announced before Roland-Garros that she was retiring from tennis with immediate effect.

Inspired by Clijsters’ return in 2009 and a desire to complete her career Grand Slam which was missing a Wimbledon trophy, Henin returned to the tour in 2010, reaching the Australian Open final, where she lost to Serena Williams. Then at Wimbledon, she met Clijsters in the fourth round, suffering a nasty fall midway through a 2-6, 6-2, 6-3 defeat; the elbow injury she sustained there would ultimately force her to permanently retire in January 2011.

The Swiss superstar is another who – like Clijsters – has had multiple retirements. She burst on to the WTA scene as a 14-year-old and became the youngest Grand Slam champion of all time when she partnered Helena Sukova to Wimbledon doubles victory in 1996 – aged just 15 years and nine months. After turning 21, she suffered many months of ankle problems, necessitating surgery, but it was a hip problem that eventually forced her into retirement – in February 2003, aged only 22.

Two years later, she tentatively returned to the court, announcing in November 2005, her intent to come back full-time in 2006. She retired again in 2007, having tested positive for cocaine at Wimbledon that year – a ruling she eventually chose not to contest. She played some exhibition events over the next five years, winning several legends’ titles – and even starred on the BBC’s Strictly Come Dancing.

Hingis retired again in October 2017 – with the Roland-Garros singles title the only Grand Slam crown missing from her trophy cabinet.

Bjorn Borg: The Ice Man who dominated Wimbledon and Paris

The only man among this pantheon of champions, Borg was another who rose to prominence as a teenager. He was 18 when he won his first Roland-Garros title, winning that tournament six times, and five Wimbledon crowns to go with them as well.

Borg retired in January 1983, aged 26 citing a burnout and lack of motivation, before making a return in 1991 – with exactly the same long hairstyle and old-fashioned wooden racquet that he used in his heyday. His experience will doubtless be a cautionary tale for Clijsters, though; he did not win a single match during his comeback.