Home » News » Thiem bounced out of Dubai by Harris, withdraws from Miami

Thiem bounced out of Dubai by Harris, withdraws from Miami

Dubai top seed Dominic Thiem lost his opening match against Lloyd Harris on Tuesday, after which he withdrew from the upcoming Miami Open. Andrey Rublev was more successful in his Dubai opener. 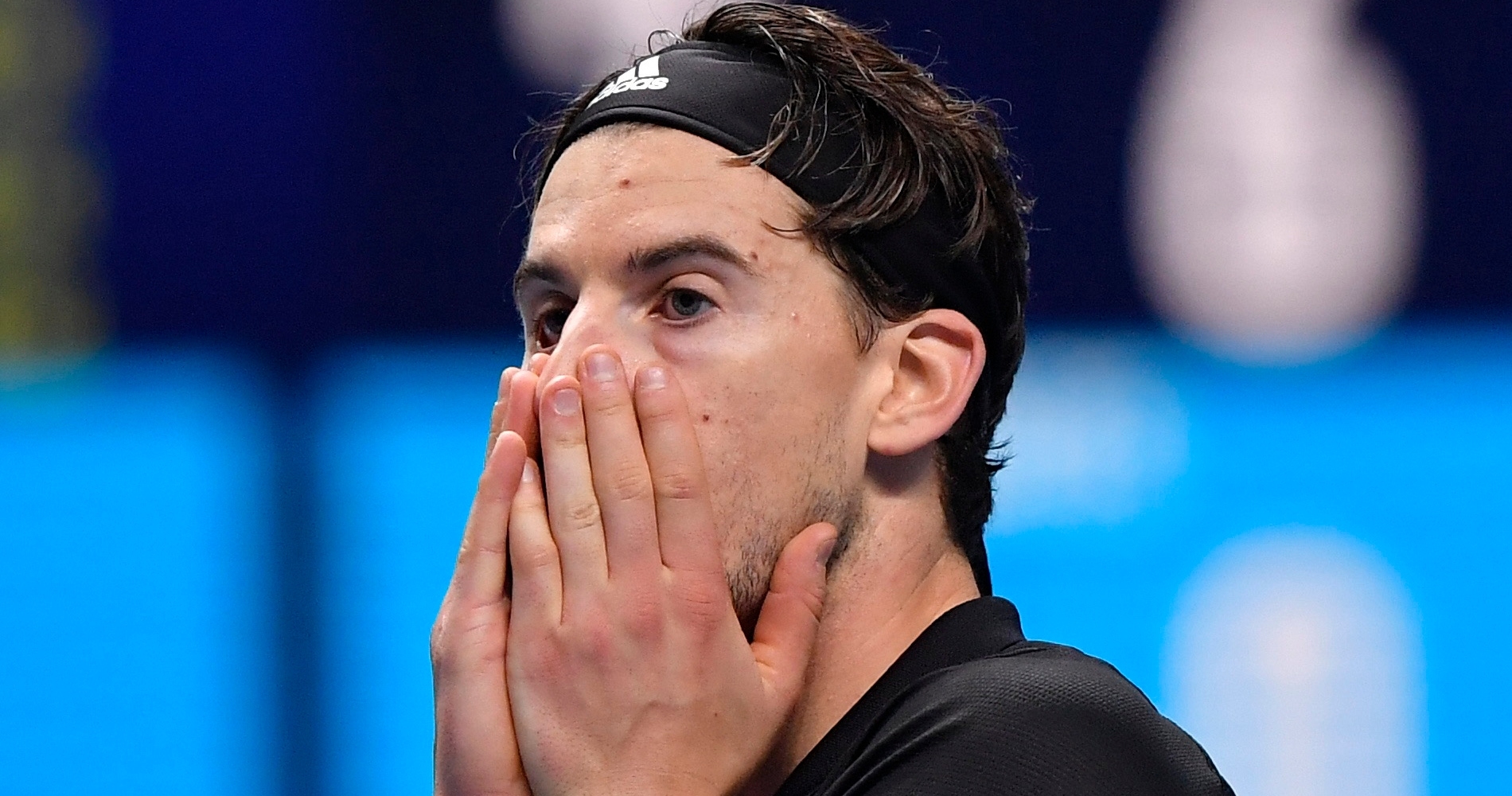 Top seed Dominic Thiem was beaten by Lloyd Harris in straight sets during second-round action at the Dubai Duty Free Tennis Championships on Tuesday night. Thiem, who was playing his first match of the week following an opening-round bye, fell 6-3, 6-4 in just one hour and 12 minutes.

The reigning US Open champion has endured a difficult start to 2021. He lost in straight sets to Grigor Dimitrov in the last 16 of the Australian Open and succumbed to Roberto Bautista Agut in the Doha quarter-finals.

It was a first win over a top-five player for Harris, but at the same time it did not exactly come out of nowhere. The South African has been in fine form in 2021, and he earned his first-ever top-20 victory by by defeating Stan Wawrinka 7-6, 6-7, 7-5 last week on Doha. Building on that momentum, Harris has already won four matches in Dubai–two in qualifying and also over Christoper O’Connell in the first round before upsetting Thiem.

It’s the biggest win of his career as he defeats Thiem 6-3, 6-4 in Dubai. pic.twitter.com/RUwpqu6Pwj

“I’m super, super happy with that win,” Harris assured. “[He is] by far the highest-ranked player I have beat,” said Harris. “I look up to Domi a lot so for me it is a special feeling. I am really happy. Just the fact that I am playing good tennis, match in, match out now is giving me a lot of confidence.

“I was serving really well. I don’t think I faced any break points. I took control of those games and [in] one or two games on his serve, I gave myself a good look. I played some of the important points very well. I am very proud of that.”

Thiem, meanwhile, was hoping to get back on track in Dubai. His Doha result was a bit underwhelming but also not terrible, and he had visions of advancing farther this week.

“I have enough confidence in my game and my level to know that I can get my best tennis back anytime,” Thiem said in Doha following his loss to Bautista Agut. “I have taken a small step in the right direction. I will try to build on this in Dubai. “

Instead, the Austrian lost right away to Harris. He trailed almost the entire way, getting broken at 1-2 in the first set and never recovering. In the second set, Harris broke at 3-3 and had no trouble serving things out the rest of the way. The underdog did not face a single break point, struck nine aces, and won 29 of his 30 first-serve points.

“I had a lot of difficulty returning his serve,” Thiem admitted. “I also made too many mistakes from the baseline. If I’m not at my best, it’s not enough to beat these kinds of players on the tour.”

Thiem out of Miami

It will be on clay when the world No 3 has his next chance to bounce back. Following his loss to Harris, Thiem announced that he will skip the upcoming Miami Open.

“Now I need to start over so I can be fresh for the clay season,” he explained. “I am in a difficult period. Going to Miami would not be the right thing to do. I’m not in my best shape. I want to have a good season on clay after these last complicated weeks. That’s my main focus right now. “

Thiem joins Roger Federer and Rafael Nadal on the withdrawal list from the season’s first Masters 1000 tournament. Stan Wawrinka and Nick Kyrgios have also pulled out.

While Thiem is struggling for form, things are looking far better for Andrey Rublev. The Russian beat Emil Ruusuvuori 6-4, 6-4 on Tuesday to stretch his winning streak at ATP 500 events to 21 matches. 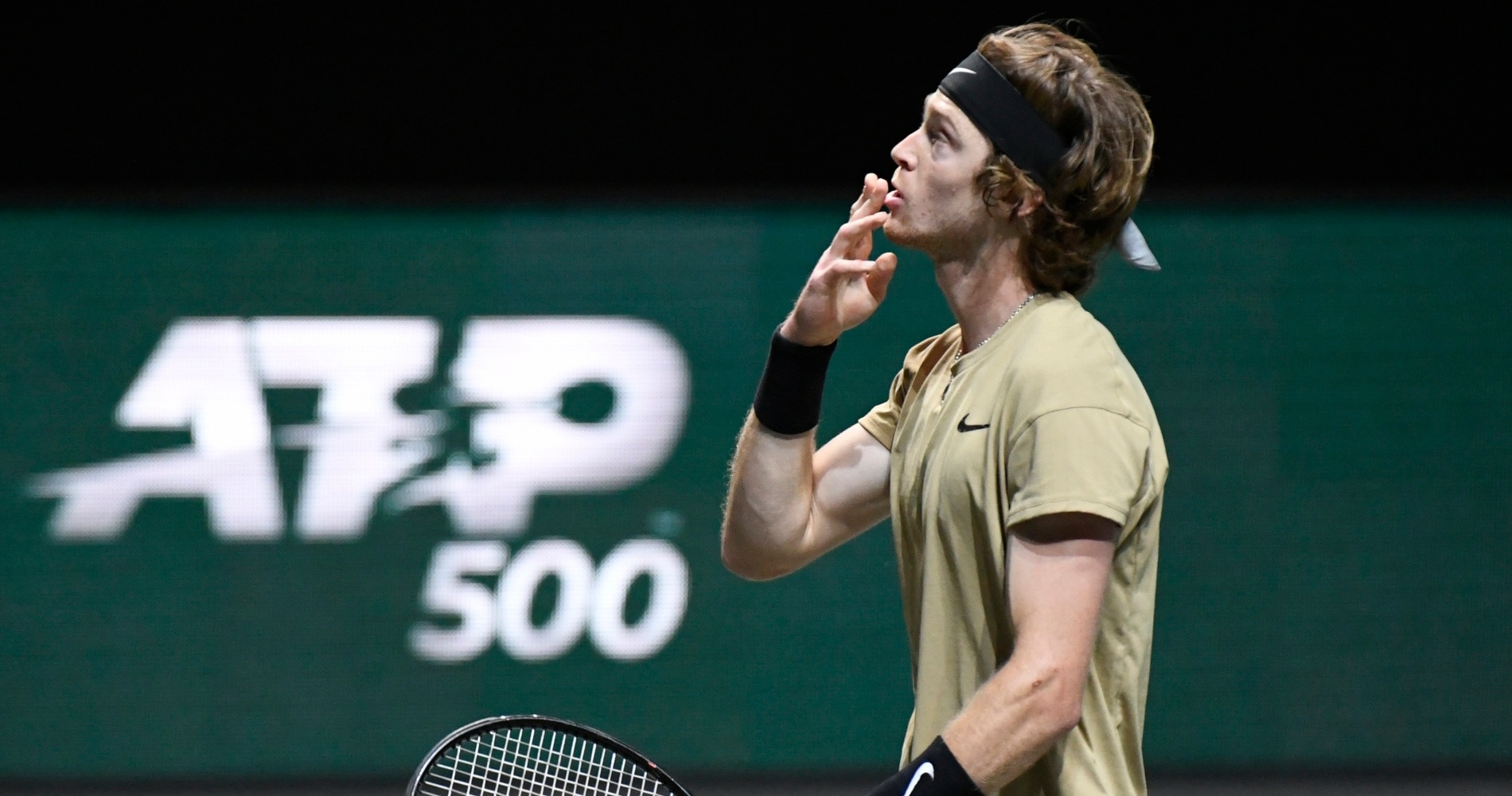 Rublev, who will face Taylor Fritz in the next round, equaled Andy Murray for the second-best winning run at this level of the tour. Roger Federer holds the record for most 500 wins in a row with 28. The world No 8 triumphed last year in Hamburg, St. Petersburg, and Vienna before lifting another 500 trophy earlier this season in February.

Third seed Denis Shapovalov beat Jan-Lennard Struff for the loss of just four games, while Bautista-Agut advanced after opponent Matthew Ebden retired in the first set. Fifth seed David Goffin was beaten in straight sets by Kei Nishikori, who recorded just his third victory of the year. Karen Khachanov and Jannik Sinner each advanced after three-setters, while Marton Fucsovics and Aslan Karatsev were also taken the distance before progressing.

One response to “Thiem bounced out of Dubai by Harris, withdraws from Miami”